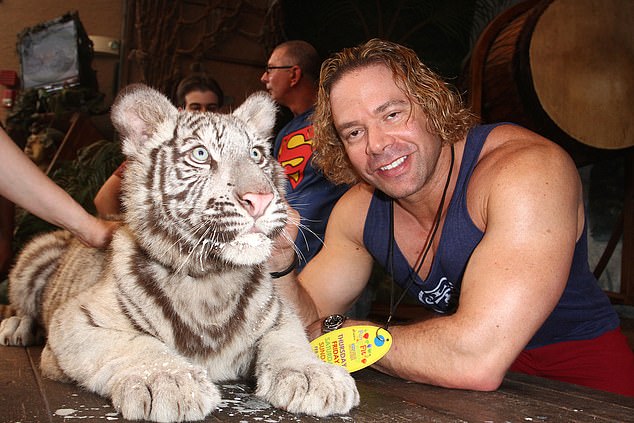 Eric The Trainer dead at 53: Celebrity personal trainer Eric Fleishman passes away unexpectedly on Thanksgiving at his home in California

Eric Fleishman, a celebrity trainer known as Eric The Trainer, has died at the age of 53, it has been confirmed.

The fitness personality passed away unexpectedly at his home in Glendale, California, last Thursday morning on Thanksgiving.

‘His wife Alysia, son, parents, and close friends/family are deeply saddened by this event. Eric touched many lives for the better. He was a beacon of light, hope, and love.

Eric The Trainer dead at 53: Celebrity personal trainer Eric Fleishman passed away unexpectedly at his home in California (Pictured above in 2014) 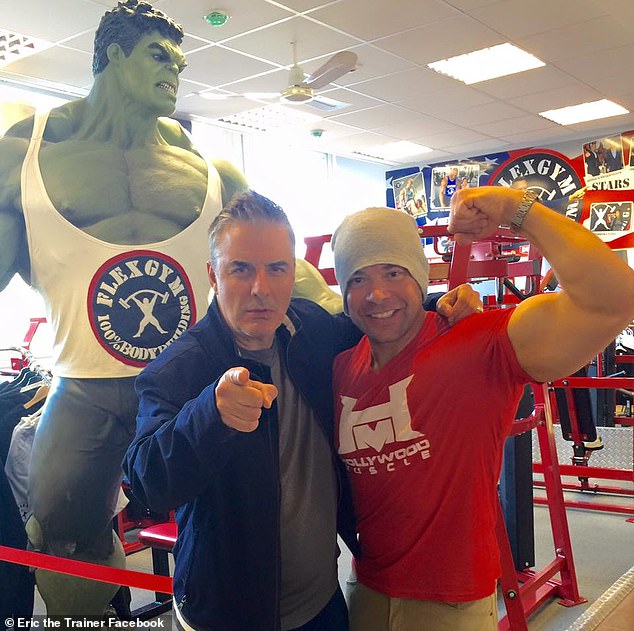 Big deal: Fleishman is pictured above with Sex and the City actor Chris Noth

The statement concluded: ‘This loss is devastating, and we appreciate your thoughts and prayers.’

Fleishman had worked with famous clients including Kirstie Alley, Jason Priestley, Patrick Schwarzenegger and others.

He was also known for training music stars such as Def Leppard, Journey and Fall Out Boy.

A cause of death has yet to be announced. 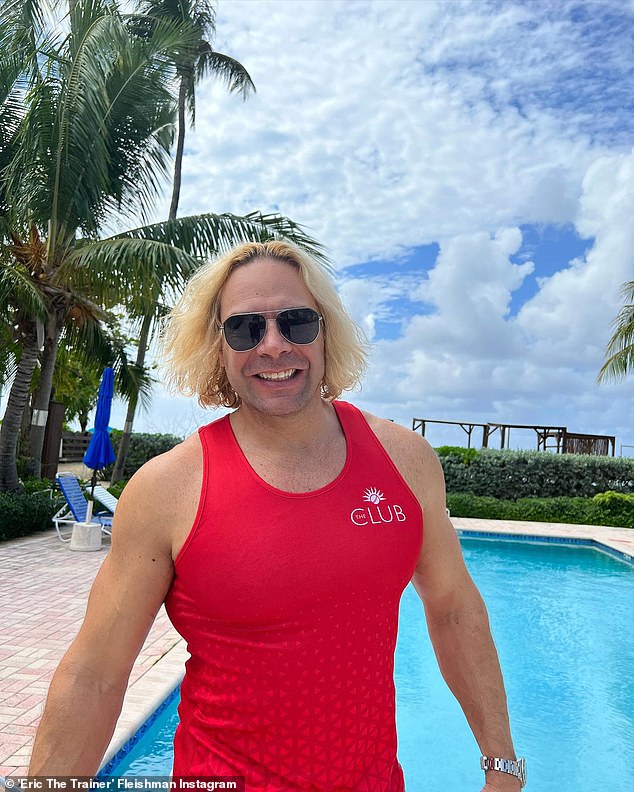 RIP: The family of Eric Fleishman posted this image of the celebrity trainer on Sunday 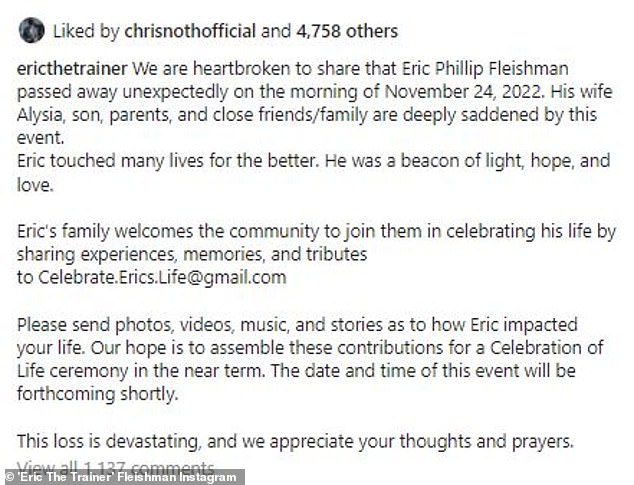 Tribute: His family released the above statement, which was liked by SATC actor Chris Noth 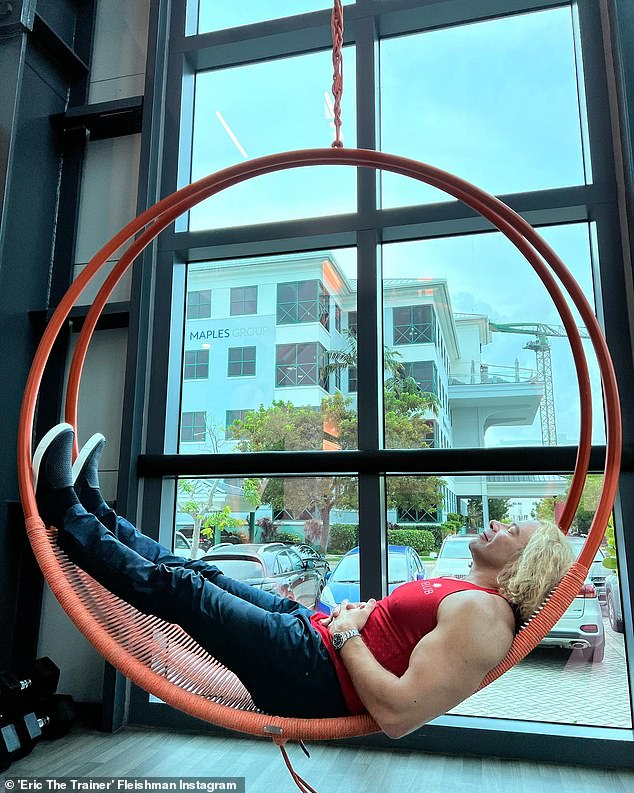 Just a week ago, Fleishman had been seen looking fit and healthy in the Cayman Islands, where he was at fitness facility The Club at Cricket Square.

‘We’ve arrived in Grand Cayman @theclubcricketsquare and @coachtimheath has welcomed us with open arms and BIG biceps,’ he wrote in a post.

His very last post showed him relaxing in a hanging chair, along with the caption: ‘Loving the relaxing vibes of ISLAND LIFE.’

A week later, his wife announced the tragic news of his passing.

Fleishman is survived by his wife Alysia and their son Henry. 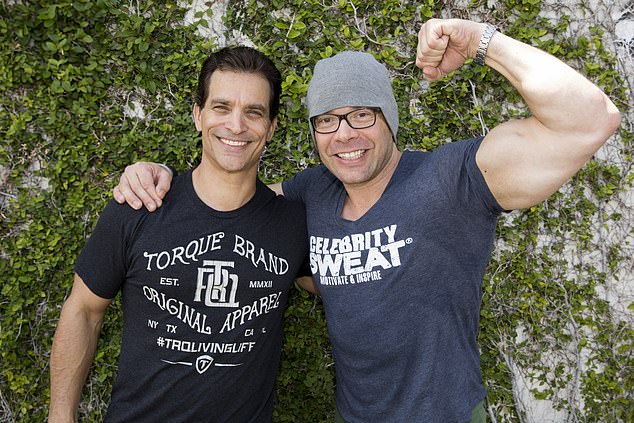 Trainer to the stars: Fleishman is pictured with actor Johnathon Schaech (left) in 2016

According to his official biography, Eric moved to Los Angeles in 1996 where set out to learn from the same trainers who had helped Arnold Schwarzenegger with his iconic physique.

As a result, he enjoyed a career in Hollywood rubbing shoulders with the stars, working with a slew of famous faces, including the band Big Time Rush and singer Michelle Branch.

He was also a frequent contributor to Muscle and Fitness magazine, and sat on their advisory board.

The fitness star was also said to be a fixture at the famed Muscle Beach in Venice, California, and was on the Muscle Beach Hall of Fame nominating committee.

In addition to fitness, Eric also worked with the LAPD, CHP, and SWAT teams, according to his bio. 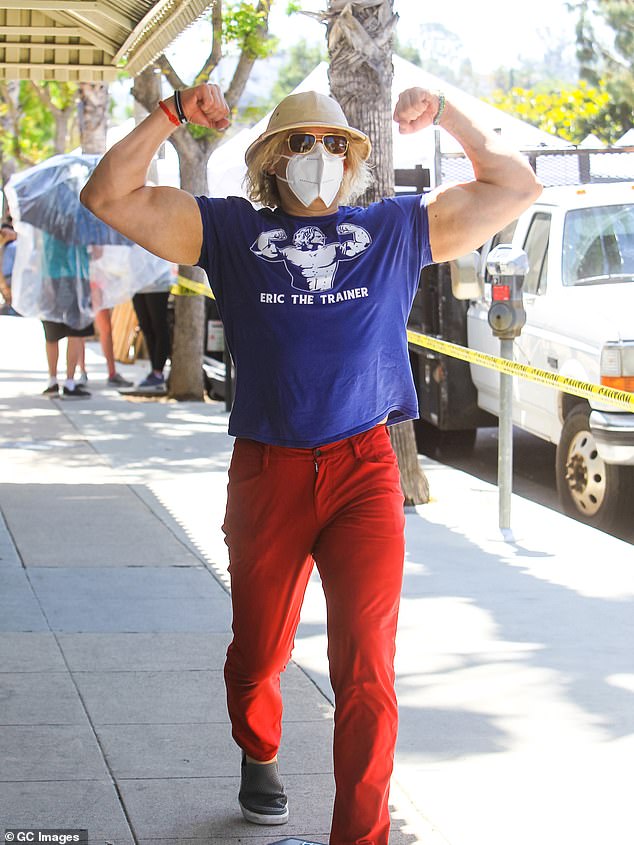 Picture of health: Eric is seen above flexing his muscles on May 24, 2020 in Los Angeles