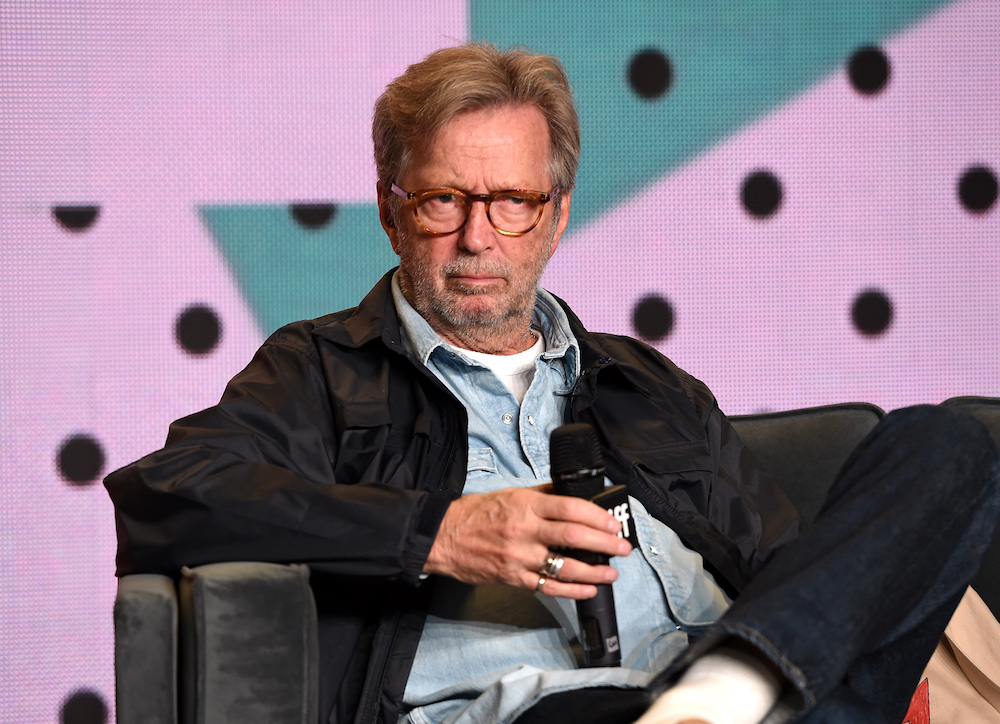 In recent times, Eric Clapton has spent most of his time complaining about COVID precautions and restrictions, whether that’s been writing would-be pandemic era protest music, or railing against vaccines in various ways. But he also made headlines last week when some of his lawyers successfully sued a woman in Germany for trying to sell a bootleg CD of a Clapton concert recorded in the ’80s.

In the end, the woman was responsible for court fees for both parties — but if she’d tried to sell the CD again, the penalties could become much worse. Evidently the apparatus surrounding Clapton took issue with how the story was framed, so now his management has issued a statement about the whole thing. Read it below:

Given the widespread and often misleading press reports about a recent bootleg case involving a woman in Germany, the following provides clarification to set the record straight.

Germany is one of several countries where sales of unauthorized and usually poor-quality illegal bootleg CDs are rife, which harms both the industry and purchasers of inferior product. Over a period of more than 10 years the German lawyers appointed by Eric Clapton, and a significant number of other well-known artists and record companies, have successfully pursued thousands of bootleg cases under routine copyright procedures.

It is not the intention to target individuals selling isolated CDs from their own collection, but rather the active bootleggers manufacturing unauthorised copies for sale. In the case of an individual selling unauthorised items from a personal collection, if following receipt of a “cease and desist” letter the offending items are withdrawn, any costs would be minimal, or might be waived.

Eric Clapton’s lawyers and management team (rather than Eric personally) identifies if an item offered for sale is illegal, and a declaration confirming that is signed, but thereafter Eric Clapton is not involved in any individual cases, and 95% of the cases are resolved before going to Court.

This case could have been disposed of quickly at minimal cost, but unfortunately in response to the German lawyers’ first standard letter, the individual’s reply included the line (translation): “feel free to file a lawsuit if you insist on the demands”. This triggered the next step in the standard legal procedures, and the Court then made the initial injunction order.

If the individual had complied with the initial letter the costs would have been minimal. Had she explained at the outset the full facts in a simple phone call or letter to the lawyers, any claim might, have been waived, and costs avoided.

However, the individual appointed a lawyer who appealed the injunction decision. The Judge encouraged the individual to withdraw the appeal to save costs, but she proceeded. The appeal failed and she was ordered to pay the costs of the Court and all of the parties.

However, when the full facts of this particular case came to light and it was clear the individual is not the type of person Eric Clapton, or his record company, wish to target, Eric Clapton decided not to take any further action and does not intend to collect the costs awarded to him by the Court. Also, he hopes the individual will not herself incur any further costs.