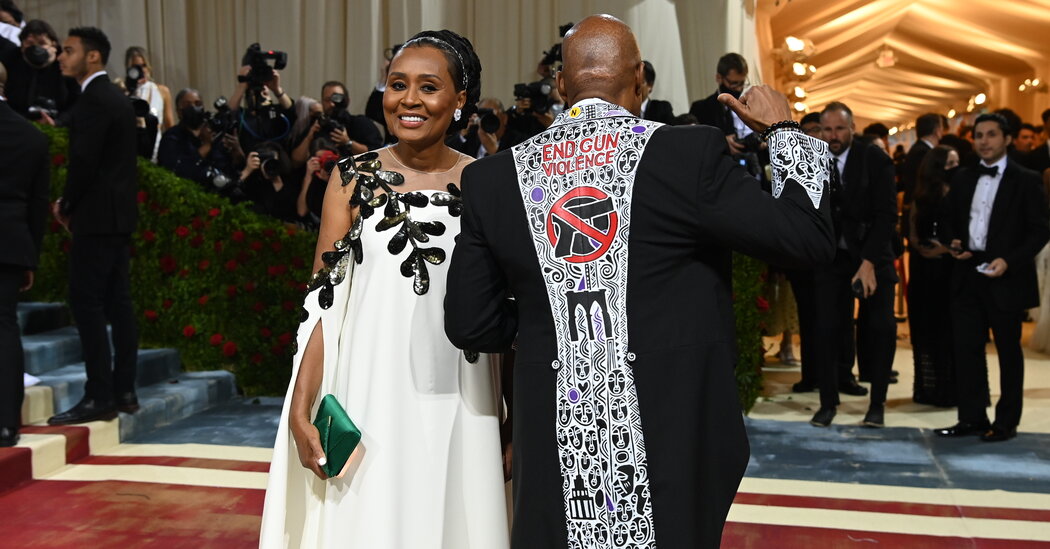 Mayor Eric Adams of New York City arrived at his first Met Gala wearing a tuxedo jacket with the words “End Gun Violence” written across the back, along with a drawing of a handgun encircled in a “no” symbol.

The look, designed by Laolu Senbanjo, a Nigerian visual artist and performer who is known for his black-and-white illustrations of faces, appeared to honor some of New York City’s landmarks, including the Chrysler and Empire State buildings and the Brooklyn Bridge. There was also at least one reference to the Metropolitan Transportation Authority: the yellow icon of the N train, on his collar.

In a statement after the shooting, Mayor Adams said that the incident turned a Brooklyn subway into a “war zone,” and that he would keep focusing on reducing violent crime in New York.