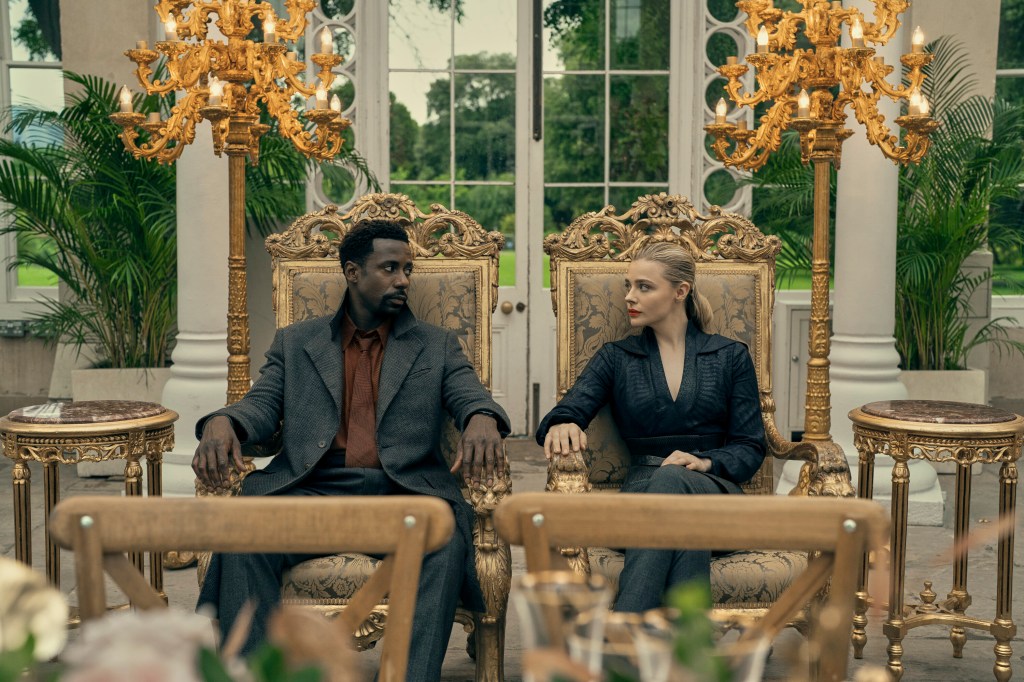 Warning: This podcast contains spoilers about the first two episodes of Prime Video’s The Peripheral

After deconstructing the sideways aftermath of artificial intelligence in HBO’s Westworld, Lisa Joy and Jonathan Nolan take on another facet of dystopian future again in the series adaptation of the William Gibson novel The Peripheral.

However, we’re in a whole brave new world now in this story of a Marine veteran (Jack Reynor) and his ace VR game playing sister, Flynne (Chloe Grace Moretz). They live with their dying mother in the Blue Ridge Mountains of 2032 and in an effort to handle her mushrooming medical bills, the duo make extra cash playing simulations (Sims).

Burton gets the chance to beta test a new Sim, however, it’s Flynne who ends up playing his avatar. She’s catapulted out of her rural town into the futuristic London town 2099 where she’s breaking into a corporation known as the Research Institute—to steal a valuable secret. The mission goes wrong and Flynne puts her family in grave peril in which merceries from the future raid their backwoods property. There are people from the future who want to use Flynne for the information she’s stolen, and there are others who clearly want Flynne dead. So much so, that the nefarious folks from the future try to hire the small town local kingpin, Corbell Pickett, to go after Flynne. She encounters Wilf (Gary Carr) in Future London, a man who may be the key to unlocking the mystery at hand.

“It’s kind of a Cinderella story,” Joy tells us on the latest episode of Crew Call, “more dealing with a kind of VR quality of tech in that way and how immersive it is.”

She continues, “But the problems in Westworld could be almost existential on the nature of good and evil, and I think in terms of Gibson’s work, it defies any kind of clear meditation on good and evil because all of the characters are motivated by survival, the survival of themselves, their species, their loved ones, and it’s more a story of individual agency and responsibility.”

“It’s in fact the most human story, right, because it is all about what can I as a mere human do to change a world that feels overwhelming, and so whereas a lot of science fiction can feel dystopian for me, this is a very uplifting,” explains Joy.

Peripheral episodic director and EP Vincenzo Natali, who also joins us on the episode, brought the project to Nolan and Joy seven years ago after optioning the book. Gibson is not the easiest author to adapt, and Joy and Natali explain how EP Scott Smith cracked that. Previoulsy, Natali had been trying to adapt Gibson’s other novel, Neuromancer, into a movie.

Joy also talks about the reality of a fifth season of Westworld, and more Peripheral.