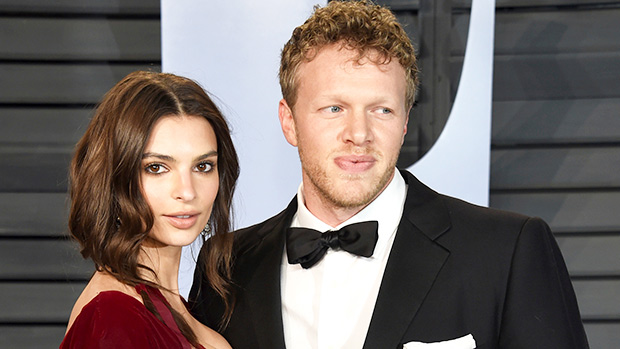 Emily Ratajkowski addressed her split with her husband Sebastian Bear-McClard and the prospects of her dating life in a new interview. “I can tell you that I have never been single before,” the 31-year-old model told Harper’s Bazaar on October 20, three months after splitting from the father of her 1-year-old son Sylvester Apollo Bear. Emily declined to specifically speak about her ongoing divorce, though she did give an update on how she’s holding up.

“I feel all the emotions,” she explained. “I feel anger, sadness. I feel excitement. I feel joy. I feel levity. Every day is different. The only good thing I know is that I’m feeling all those things, which is nice because it makes me believe that I’ll be okay.”

Emily also confirmed that she’s dating, amidst romance speculation with Brad Pitt. “I have gone on dates,” the gorgeous brunette said in the interview, before revealing that she’s not on any dating apps yet. “But give me time,” Emily jokingly said.

Sharing more about her current dating life, and why she’s never enjoyed dating until recently, Emily said, “To use the TikTok phrase, I was a bit of a ‘pick-me girl’ in the sense that I wasn’t very good at deciding what I liked. I really wanted to be chosen. It was hard for me to go on a date with someone and think about how much I did or didn’t like them. I would have been thinking about how they were perceiving me, what it meant, what they wanted from me, what it meant about my self-worth. I don’t have that anymore. So now it’s really fun to go to dinner with someone and be like, ‘Cool. I really enjoyed these parts of them. I really didn’t like these other parts.’ ”

Emily officially filed for divorce in September, two months after she split from her husband of four years. Since then, it’s been reported that Emily’s spent time with Brad, 58, as she enjoys the single life. Although the pair are not dating, they have “been out a few times” together, according to Page Six. “People have been speculating about this for a while. Brad is not dating anybody. They [Brad and Emily] have been seen a couple times together,” the sources shared.

Emily was also caught making out with 35-year-old DJ Orazio Rispo in New York City on Oct. 14. Orazio is a tech entrepreneur and son of real estate mogul Giampiero Rispo. Emily has not addressed her rumored romances with Brad and Orazio yet.