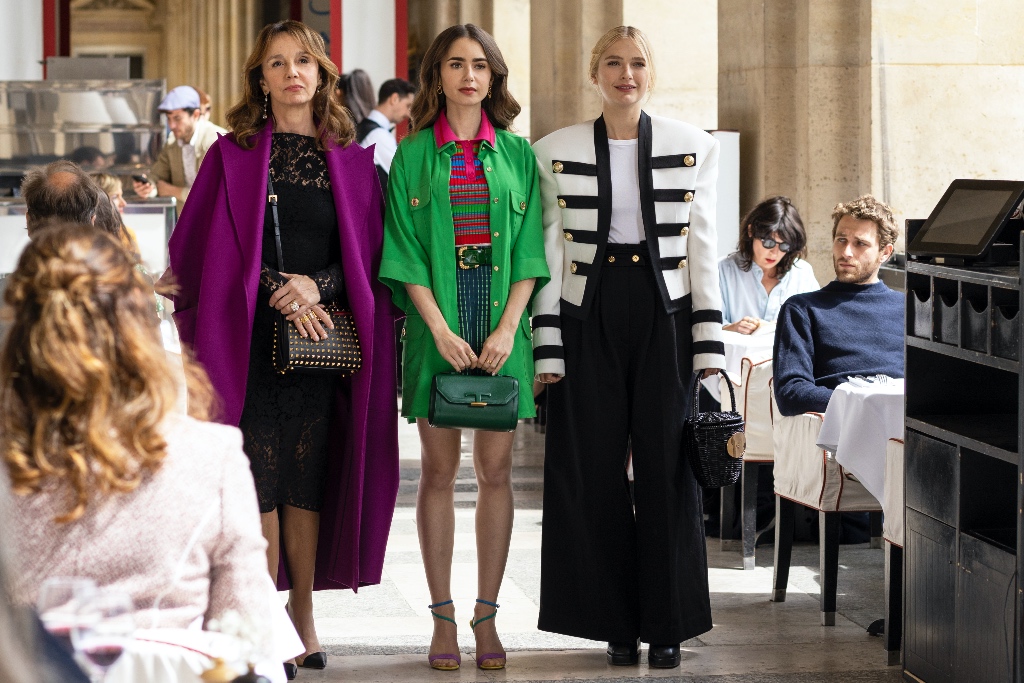 Warning: Spoilers below for “Emily in Paris” season 1.

Bonjour! Though we’re eagerly awaiting the second season of rom-com drama “Emily in Paris,” Netflix has released the trailer today—and it’s filled to the brim with drama, fashion and plenty of dynamic shoes.

PR assistant Emily Cooper (Lily Collins) is still having a range of adventures in Paris, whether it’s strolling along French beaches or sitting front row at fashion shows. Season 2 finds Cooper obsessing over her season 1 finale tryst with Gabriel (Lucas Bravo), while maintaining her friendship with his girlfriend Camille (Camille Razat). Of course, from yacht parties to gossip-filled lunches, there’s still plenty of drama at the Savoir offices courtesy of her dynamic boss Sylvie (Philippine Leroy-Beaulieu).

What’s also returned in the second season of “Emily in Paris” is bold fashion. With costumes created by Patricia Field—AKA, the costume designer behind “Sex and the City,” “The Devil Wears Prada” and “Confessions of a Shopaholic”—it’s undeniable the show would be a fashion-filled affair. Colorful, printed and textured dresses, gowns and bags festoon all of Collins’ ensembles, from brands like Tod’s, Versace, Valentino and Anouki.

The wardrobe of the new “Emily in Paris” season also suits its central heroine with dramatic, colorful and bright shoes to match her eclectic personal style. Whether its platform, flat or ankle-wrap sandals—plus some towering boots and pumps—Emily is well-suited for her Parisian adventures from designers like Christian Louboutin and Hermes, among others.

Though plot points outside of Emily’s misadventures haven’t been revealed, it’s certain there will be episodes highlighting plenty of soirees and parties—much like the glamorous events of season 1. The show also appears to feature a new love interest for Emily in addition to Gabriel, as well. However, what they mean will remain a mystery until season 2 of “Emily in Paris” drops on Netflix on Dec. 22.

Click through the gallery to see Collins’ style transformation over the years.