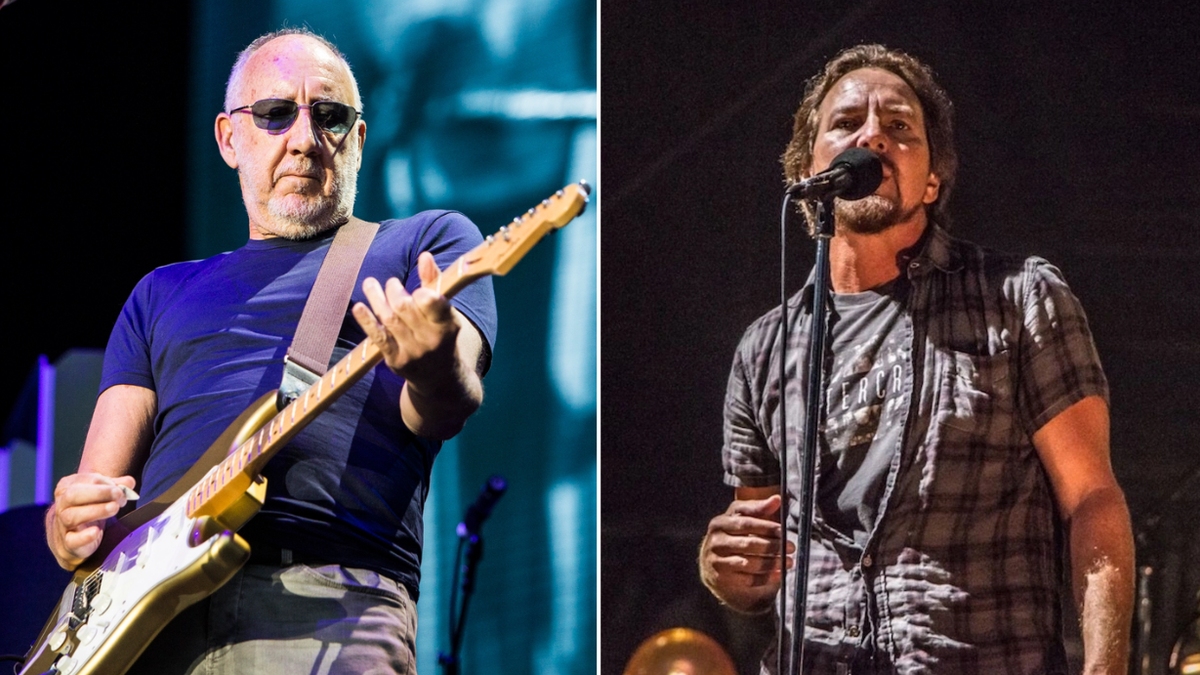 Eddie Vedder joined The Who on stage at a private cancer benefit in Los Angeles over the weekend for an acoustic performance of 1970’s “The Seeker.”

While introducing the performance, lead singer Roger Daltrey gave a disclaimer that he wouldn’t be doing the “very loud scream” on the song because he couldn’t “get my balls to drop any further at the moment,” so he would have to leave the audience to do the screaming. Nevertheless, Daltrey still hit some higher notes while trading vocals with Vedder.

Watch the fan-shot footage below, along with a TikTok posted by Townshend’s wife Rachel Fuller of the musicians rehearsing for the performance.

“The Seeker” was first released as a single in March 1970 before appearing on The Who’s 1971 album Meaty Beaty Big and Bouncy. Vedder has previously covered the track both as a solo artist and with Pearl Jam, but as a huge fan of The Who, performing it on stage with the band must have been a particular thrill.

The backyard performance benefited Teen Cancer America, the US version of Daltrey and Pete Townshend’s Teenage Cancer Trust charity in the UK. While the band and Vedder were getting ready for the performance, Townshend told the crowd that Daltrey had come up with the idea for Teen Cancer Trust to buy MRI units to detect spreading cancer.

Daltrey and Townshend are currently auctioning off a signed guitar to raise funds for Teen Cancer America’s Play It Back Music Program. Make your bid here; a winner will be selected randomly on December 6th.

The Who have a handful of dates left on their North American tour. Grab your seats via Ticketmaster. As for Vedder, he recently wrapped up a tour of his own with his band The Earthlings. Check out footage of him covering The Cure’s “Just Like Heaven” at the final date here.