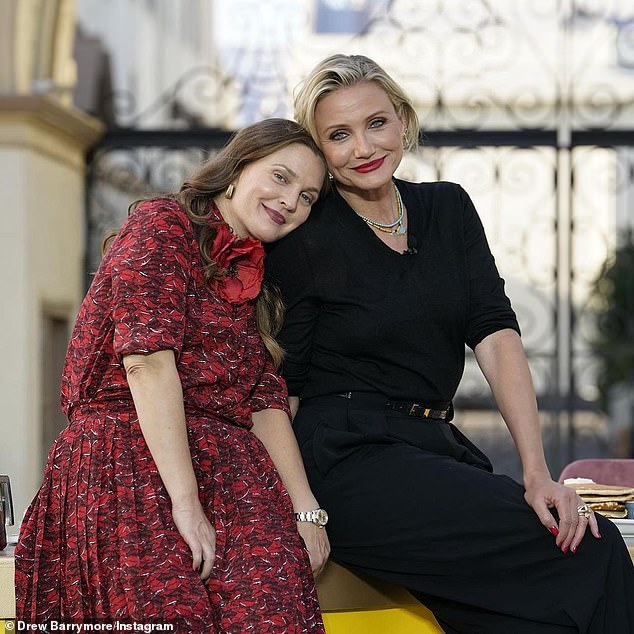 Drew Barrymore revealed earlier Tuesday that she and her best friend, Cameron Diaz, have discussed remaking the John Hughes classic, Planes, Trains And Automobiles, when interviewing with Adam Sandler on her talk show.

The talented actress, 47,  explained to her 50 First Dates co-star that she wanted to take on John Candy’s role if she ever was cast in a remake.

The mother of two has been close friends with The Mask actress since the ’90s, long before the two starred in Charlie’s Angels (2000) together.

During a ‘Drewber’ segment on The Drew Barrymore Show, Adam and the star caught up with each other while relaxing in the back of a vehicle while cruising through New York City.

Both Drew and Adam have worked together in the past, such as starring in the popular film, The Wedding Singer (1998).

The video showcased the beauty asking the actor an assortment of questions, and the topic of her talk show was brought up.

‘I watch your show all the time,’ the comedian gushed. ‘Mornings I get to see how happy you are.’ 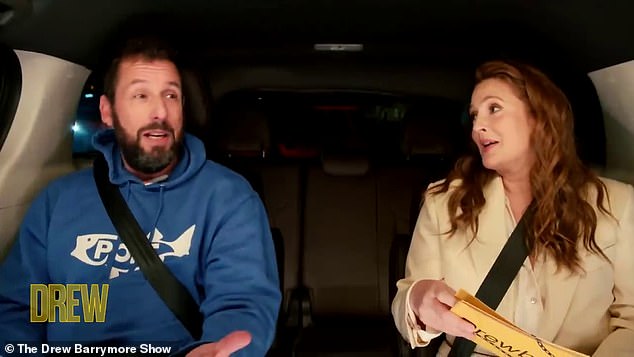 Revelation: The actress revealed the news to her friend and fellow actor, Adam Sandler, during a special segment as part of her talk show, The Drew Barrymore Show, on Tuesday

In a friendly gesture, Drew reached out towards Adam, stating, ‘You helped me get the pilot. You and Cameron, by the way. Cameron helped me do the pilot.’

The actor then quickly informed the talk show host that, ‘I haven’t seen Cameron in many years.’

As she looked down at her notecards, Drew suddenly revealed, ‘Her and I did discuss remaking Planes, Trains And Automobiles,’ referencing to the 1987 John Hughes comedy. The filmmaker is known for creating other hits, such as The Breakfast Club and Sixteen Candles.

Drew continued, ‘I was like, well, Adam and I talk about that.’ However, Adam kindly interjected with, ‘I’d let you do that.’

She told the actor that she would love to have the chance to play John Candy’s character from the film, in which he played, Del Griffith. 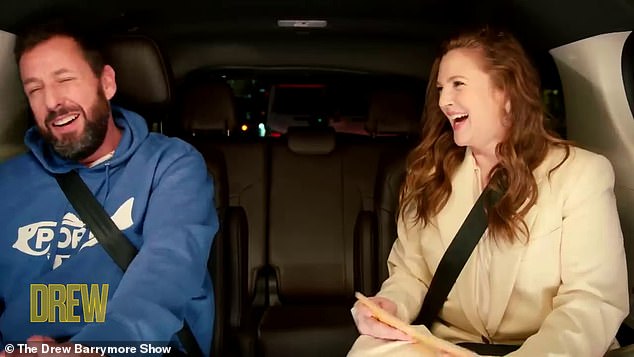 In the talks: The star stated, ‘Her and I did discuss remaking Planes, Trains And Automobiles,’ referencing to the 1987 John Hughes classic 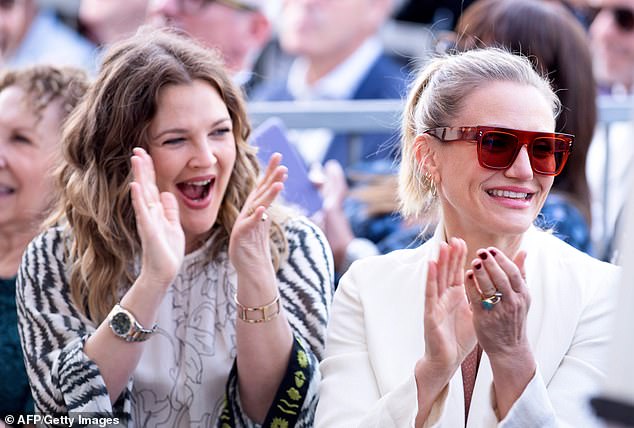 Best friends: Drew and Cameron have been close pals since the ’90s, long before the two starred in Charlie Angels (2000) together; the pair seen in Hollywood in 2019

The premise of the classic followed, ‘A Chicago advertising man must struggle to travel home from New York for Thanksgiving, with a lovable oaf of a shower-curtain-ring salesman as his only companion,’ according to an IMDB synopsis.

However, Deadline reported a few years earlier in 2020 that Will Smith and Kevin Hart have been cast to star in a remake of the film already through Paramount Pictures.

Drew and Cameron have remained best pals for decades, and the Scream actress opened up to People earlier in July about their sister-like bond.

She explained that she had made a ‘promise’ to Cameron, ‘that I would become someone who she had been pushing me to be my whole life, which was environmentally aware, conscientious and living a certain lifestyle that was sustainable.’ Possibly working together again: Despite having talked about the remake, Deadline reported a few years earlier in 2020 that Will Smith and Kevin Hart have been cast to star in a remake of the film 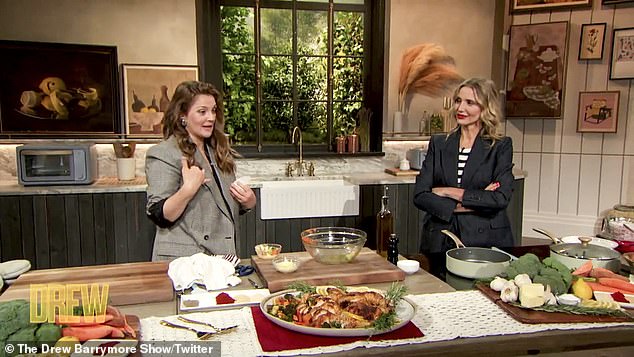 Sisterly bond: When talking to People earlier this year in July, Drew admitted that Cameron, ‘always felt like that big sister, leaning into me’

The talented star followed up with, ‘And she always felt like that big sister, leaning into me.’

Along with recently revealing the she and Cameron have discussed remaking a 1980s classic, Drew also opened up about her holiday traditions with her two children, Olive and Frankie, whom she shares with her ex-husband, Will Kopelman.

She admitted during an exclusive interview with Entertainment Tonight earlier this month that her two daughters don’t exactly open gifts on Christmas morning.

‘I always take them on a trip every Christmas. I don’t get them presents, which I think at their ages they don’t love, but I say, ‘I think we’ll remember the place and the photos and the experience and that’s what I want to give you,’ she explained.

The actress turned TV host further added, ‘They get plenty of things throughout the year, so I’m not like some weird, strict, cold mom who’s like, ‘You don’t get any gifts!’ I just feel like a better gift would be a life memory.’