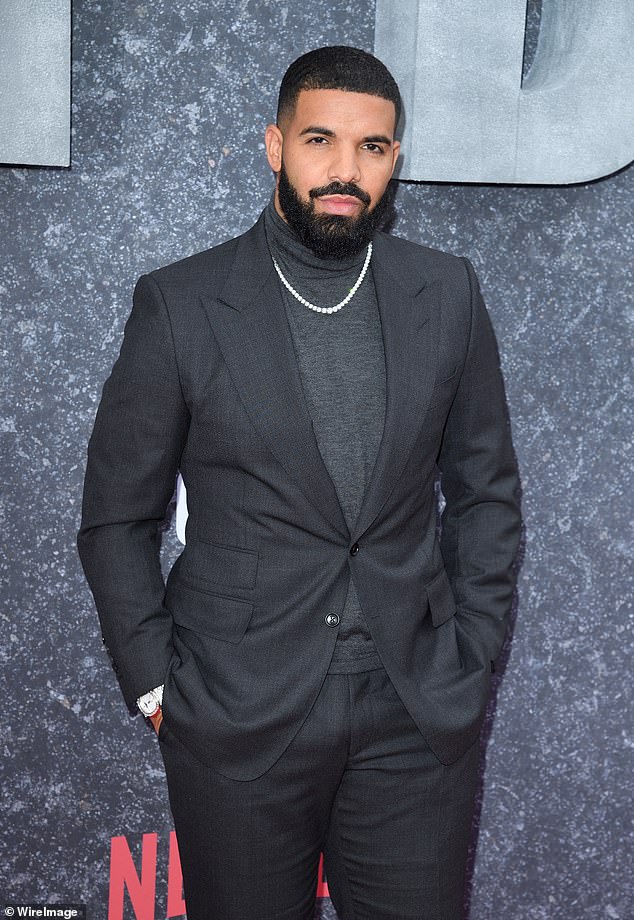 Drake‘s legal team has filed for a temporary restraining order against an alleged stalker, whom he says has been harassing him for about five years, according to TMZ.

According to documents filed in a Los Angeles County Superior Court, the legal action comes after Drake’s lawyer received disturbing messages threatening his own life, which included demanding that the superstar rapper and singer ‘put a bullet through your head now b**ch.’

The Canadian native is asking for protection for his four-year-old son, Adonis Graham, both of his parents: mother Sandra Graham, 74, and father Dennis Graham, 69, as well as his lawyer, Stanton Larry Stein, 77.

Safety concerns! Drake, 35, has filed for a restraining order against a woman he claims has been stalking and threatening him for years’; he is seen in London, England in September 2019

In those new documents, Drake claims the woman, who was identified as 29-year-old Mesha Collins by Radar Online, was arrested for breaking into his Hidden Hills estate, which is in Los Angeles, back in April 2017.

But Drake maintains the situation goes far beyond a trespassing case, explaining how she has been a constant threat in his life, and that she’s been arrested several times over the course of those five years.

‘Collins has threatened not only [Drake] but also his son and his counsel,’ the petition reads. ‘Ms. Collins is a stalker. I have no relationship whatsoever with her.’

Drake (born Aubrey Drake Graham), 35, claims Collins’ effort to have contact with him went as far as to file a $4 billion defamation case against him and seeking a restraining order of her own. 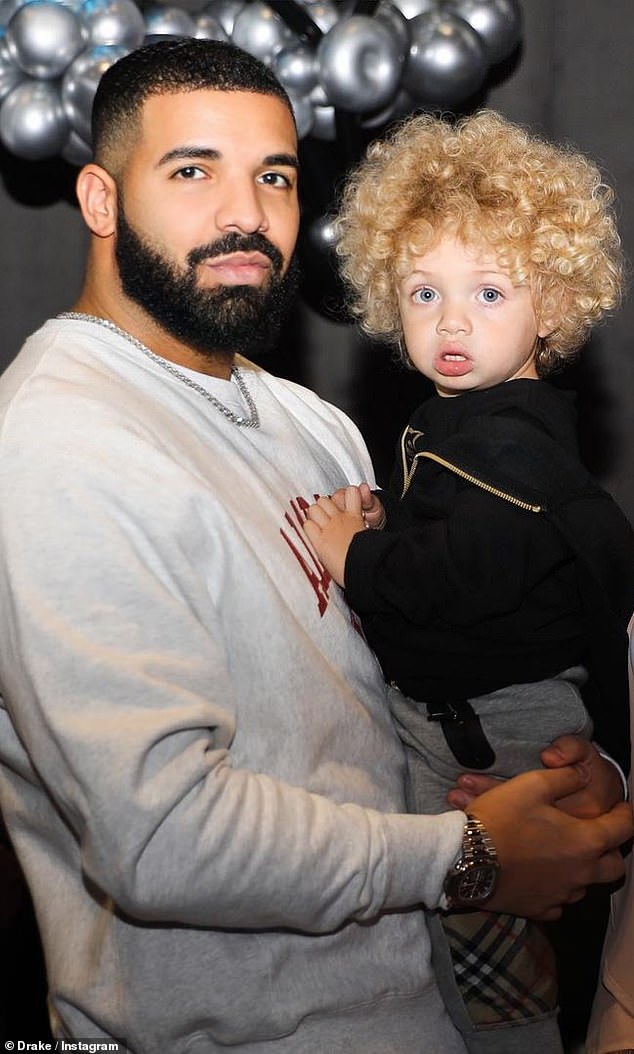 The pop superstar is not only seeking protection for himself, but also for family members, including his four-year-old son Adonis (pictured), his parents

He called her legal action ‘frivolous’, adding, ‘her baseless attempt to seek a restraining order against me, and emails to my counsel where she expresses that she wishes me dead and that my counsel get what he ‘deserve[s].’

As part of the lawsuit, Drake filed a declaration claiming he had no idea who Collins even was before she sued him.

The four-time Grammy winner says he’s suffering ’emotional distress’ and fears for his and his family’s safety as a result of her ‘harassment and obsession with me,’ the new document read.

He’s asking the judge in the case to force Collins to stay at least 100 yards away from him, his job, and his son’s school.

‘I am concerned that giving notice would prompt Ms. Collins to attempt to come to my home or harm me, as her behavior is escalating from merely suing me to wishing me dead,’ the legal document read.

With over 170 million records sold, Drake is among the best-selling musical artist of his time. 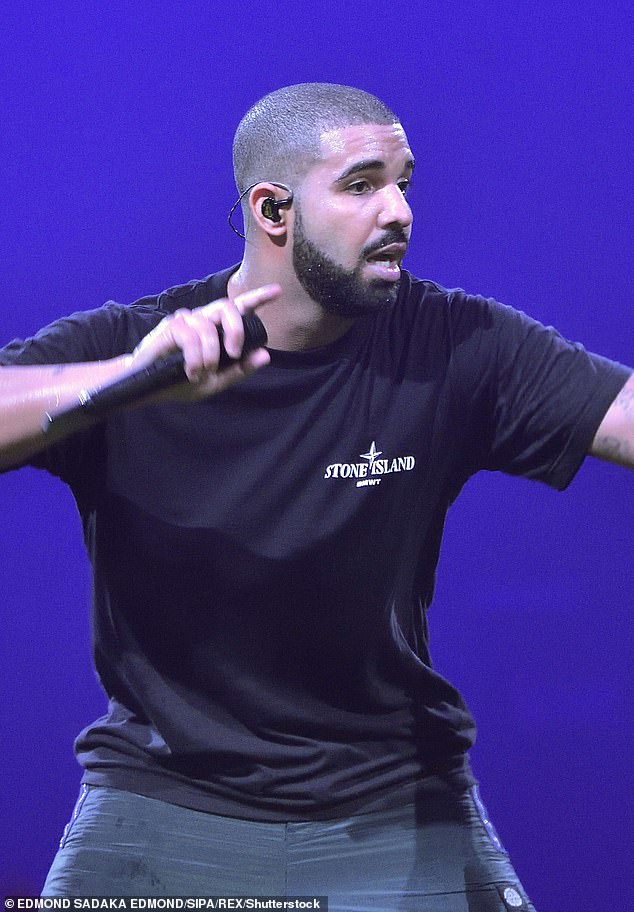 Scary situation: Drake took legal action after his lawyer received disturbing messages threatening his own life, which included demanding that the superstar rapper and singer ‘put a bullet through your head now b**ch’