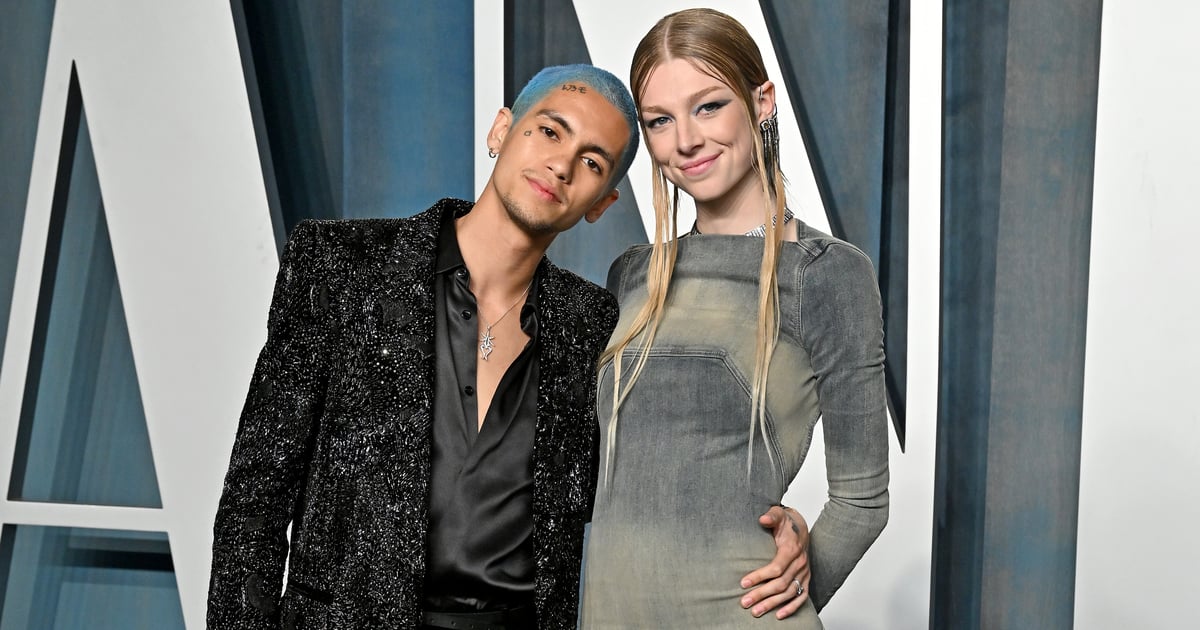 We’re fully prepared to declare Hunter Schafer and Dominic Fike the cutest couple of 2022, and no other future pair could possibly dethrone them. The 23-year-old model and 26-year-old singer, who respectively portray Jules and Elliot on season two of “Euphoria,” stirred up dating speculation after leaving two West Hollywood restaurants hand in hand — we’re talkin’ interlaced fingers here, people — on Jan. 15 and again on Jan. 28. Now Fike has officially confirmed he and Schafer are dating in the upcoming June/July 2022 issue of GQ, as reported by Page Six.

In the profile, Fike revealed that he’s “very much in love” with his costar. “In those moments, your relationship is accelerated because you’re so vulnerable with someone, immediately. Which usually takes a long time,” he explained of their instant connection. “Some people fall in love, like, f*cking months after they meet, or years after. We developed an attraction — it sped it up so fast. We just really got to know each other so quickly.”

Although this marks the first time either actor has confirmed their romance, they did make their red carpet debut at the Vanity Fair Oscars party in Los Angeles in March. Since then, they’ve kept their budding relationship out of the limelight. However, Fike makes it clear how he feels about his costar in his new interview. After passing a billboard featuring Schafer while shopping with the GQ profile writer in New York, he reportedly said, “That’s the best part.”

Prior to Fike’s new interview, the actor shared an Instagram Stories snap of him and Schafer sharing a kiss with a caption that read, “happy birthday happy birthday.” While it wasn’t a direct confirmation, it’s clear the signs that these two are dating have been popping up for quite some time.

Fike’s Elliot caused quite the stir in season two of “Euphoria,” forging a drug-fueled friendship with Rue (Zendaya) and causing a rift in her newly official relationship with Jules. Although Jules blatantly says, “I don’t like you,” to Elliot in episode three, they later wind up having a hot-and-heavy make-out session at Elliot’s house while Rue is in the bathroom, and it’s clear there’s a mutual attraction.

As for Schafer and Fike, the two actors were all smiles while posing together at the HBO show’s premiere in January. Schafer has previously been linked to fellow model Massima Desire, while Fike recently dated “Booksmart” actor and model Diana Silvers. Read ahead to check out the rumor-inciting photos of their joint outing in LA to see what all the hubbub is about, plus their red carpet debut in March.