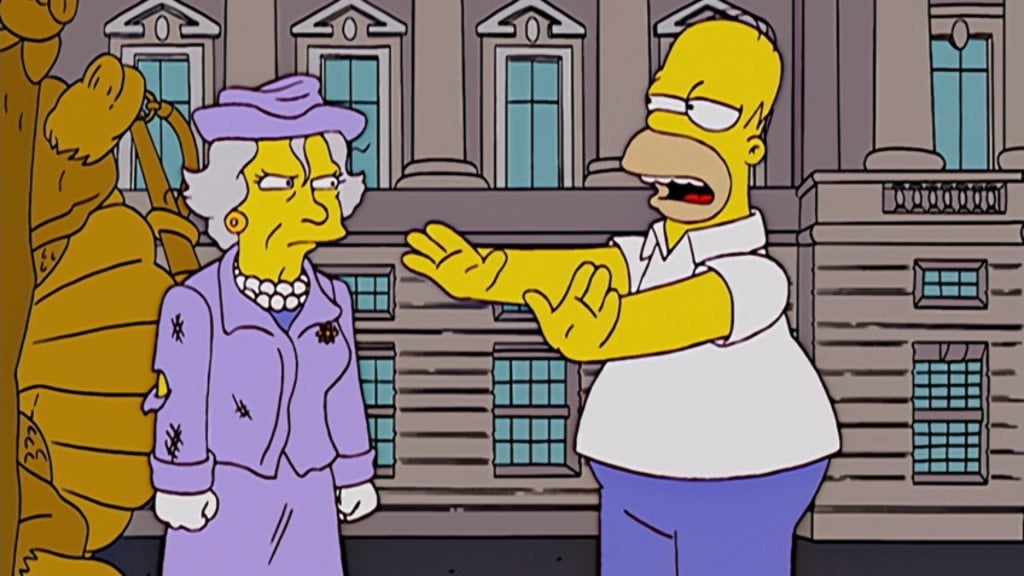 Sorry, conspiracy-theory fans: “The Simpsons” did not in fact predict the date of the death of Queen Elizabeth II, according to fact-checkers.

The false claim that the animated hit show — legendary for its eerily prescient prognostications — foretold the Queen’s death has been the subject of dozens of doctored videos and memes by hoaxsters that have gone viral on TikTok and other platforms.

In one altered TikTok video — which currently has more than 26 million views — a cartoon version of Queen Elizabeth II is shown lying in a casket below a plaque that reads “Elizabeth II: 1926-2022.” The clip also shows a sticker, superimposed in the background of actual footage from “The Simpsons,” that displays the date Sept. 8, 2022, the day of the Queen’s death.

Since the Queen’s death, videos with the fake image of her lying in a coffin have circulated on TikTok, Facebook, Twitter, Reddit and elsewhere, typically with captions falsely stating that “The Simpsons” predicted the death of Queen Elizabeth II. “The Simpsons have done it again,” says one TikTok video with more than 16 million views.

But no episode of “The Simpsons” ever included the dates of the Queen’s death, according to fact-checking organizations including PolitiFact and Lead Stories. A previous hoax used a similar image of Donald Trump lying in a coffin to falsely claim the series had predicted his death due to COVID.

The Queen appeared as a character on “The Simpsons” six times, according to the fan-curated Wikisimpsons site, including in a 2003 episode titled “The Regina Monologues” from Season 15 in which the monarch’s carriage was rear-ended by Homer (pictured above).

“The Simpsons” famously has predicted other major events. In a 2000 episode, the series included a joke that Donald Trump would become president of the United States. And in 1998, “The Simpsons” foreshadowed Disney’s acquisition of 20th Century Fox, almost two decades before the Mouse House snapped up 21st Century Fox (and subsequently depositing reruns of the popular show on Disney+).

Meanwhile, other debunked claims about “The Simpsons” predicting the future include that the show foretold the COVID pandemic and the deadly tragedy at Travis Scott’s Astroworld Festival last year in Houston, according to fact-checking site Snopes.