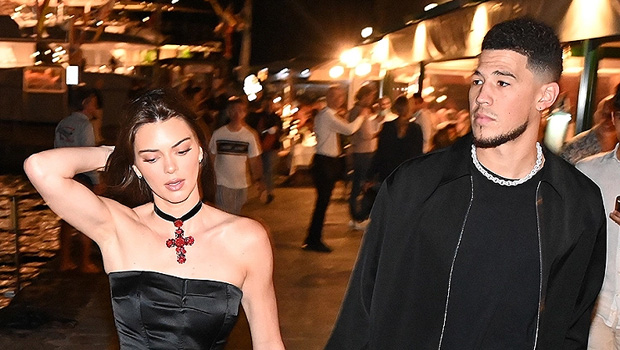 Devin Booker is doing “everything he can” to win Kendall Jenner back after their sudden and shocking split last week, a source close to the basketball star told HollywoodLife EXCLUSIVELY. The 25-year-old NBA player is so dedicated to fixing their two-year relationship that his friends suspect he may even propose to the 26-year-old supermodel, which would be a huge step for him considering Kendall broke up with him because they were on different pages about their romance. “He filled her house with flowers and took her to SoHo House in Malibu, he’s back to wooing her like they just met. It seems like her breaking up with him was a real wake-up call. She didn’t do it to play games or mess with his head, but it definitely got his attention,” the insider revealed. “A lot of people in her world are predicting that he’s going to pop the question because he does not want to lose her.”

Whether or not an engagement ring is in their future, friends close to Kendall and Devin don’t think they will be separated for long. “Their friends all keep saying how they’re just waiting for them to get back together,” a second source EXCLUSIVELY told HollywoodLife. “They truly don’t believe Kendall and Devin are done for good.”

HL EXCLUSIVELY reported that Kendall originally broke things off with Devin after their time at Kourtney Kardashian and Travis Barker‘s Italian wedding didn’t go as she imagined it would. “Kendall broke up with him because she didn’t think he was taking the relationship as seriously as she was. Kendall felt like it was a really big deal to bring him with her to Kourtney’s wedding and she thought it would be super romantic,” another source close to the pair revealed to HollywoodLife. “But it didn’t turn out like that at all, and he couldn’t have seemed more disconnected from the love and romantic aspect of it.”

Furthermore, Kendall was worried their future goals were not aligned. “Even though she’s not at a place right now where she wants to get married and have kids, it’s also something she knows she eventually wants,” the source noted. “Devin was clearly not on the same page and explained how there’s much more he wants to do in life. She had a lightbulb moment and is coming to terms with the fact that even though they had a great run, ultimately it’s not what she wants.”

The Tequila 818 founder and pro athlete have been together since 2020. They are very rarely seen together in public and don’t speak about their relationship much, and that’s exactly how Kendall prefers it. “I feel like it’s always worked better for me that way,” Kendall explained during the 2021 reunion episode of Keeping Up With the Kardashians. “And no offense to my older sisters at all, but I think that Kylie [Jenner] and I specifically have had the opportunity to watch my older sisters go through marriages and relationships and breakups and all these things and do them pretty publicly.“ She continued, “Again, no offense to you guys at all, but I think it was a personal preference from a really young age that I didn’t really want to like… I think it makes my life a lot easier and our relationship a lot better to be completely honest. I just feel like it’s a private matter. It’s not really for anybody else to judge or know.”

Kendall Jenner’s Boyfriend: All About Her Ex Devin Booker & Their Heartbreaking Split