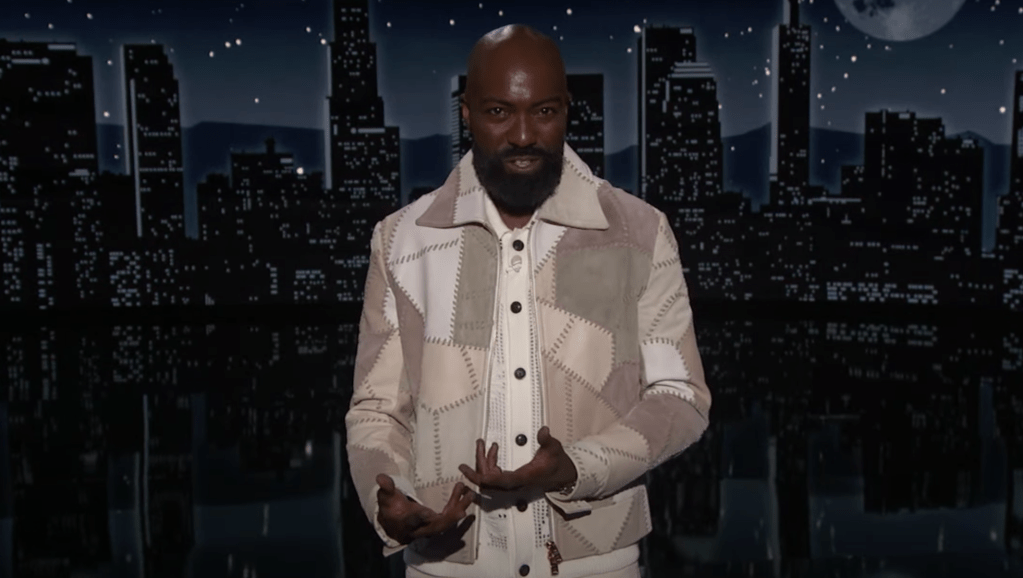 Desus Nice returned to late-night for the first time since his Showtime series ended.

The comedian, otherwise known as Daniel Baker, was filling in as a guest host on ABC’s Jimmy Kimmel Live!, a month after it emerged that he had split up with late-night partner The Kid Mero and their show Desus & Mero was ending after four seasons.

Desus didn’t spend too much time during his monologue talking about his former show, although it was clear that he’s still getting to used to hosting on his own rather than as part of a double act.

He joked about the difference between broadcast TV and premium cable. “Listen, it’s weird to be hosting a show on network TV because I was on Showtime for the past four years, where they pretty much let you say what the f**k you want. Guillermo, can I say whatever the f**k I want on ABC?”

Kimmel’s sidekick joked back, “I don’t think so, but you’re not coming back tomorrow so who gives a f**k.”

Desus also got slightly more political than he had on Desus & Mero, spending longer talking about Donald Trump’s issues with the FBI. He joked about Trump’s claim of taking back documents to his golf club. “When you get fired from the office, you don’t get to take the Xerox machine home with you. When I got fired from Showtime, they don’t let me bring home the cast of Shameless,” he said.

Other topics covered included the potential megafloods in California, the CDC changing pandemic guidelines, a drunk bear, splotting squirrels and attempting to broker peace between New York and LA.