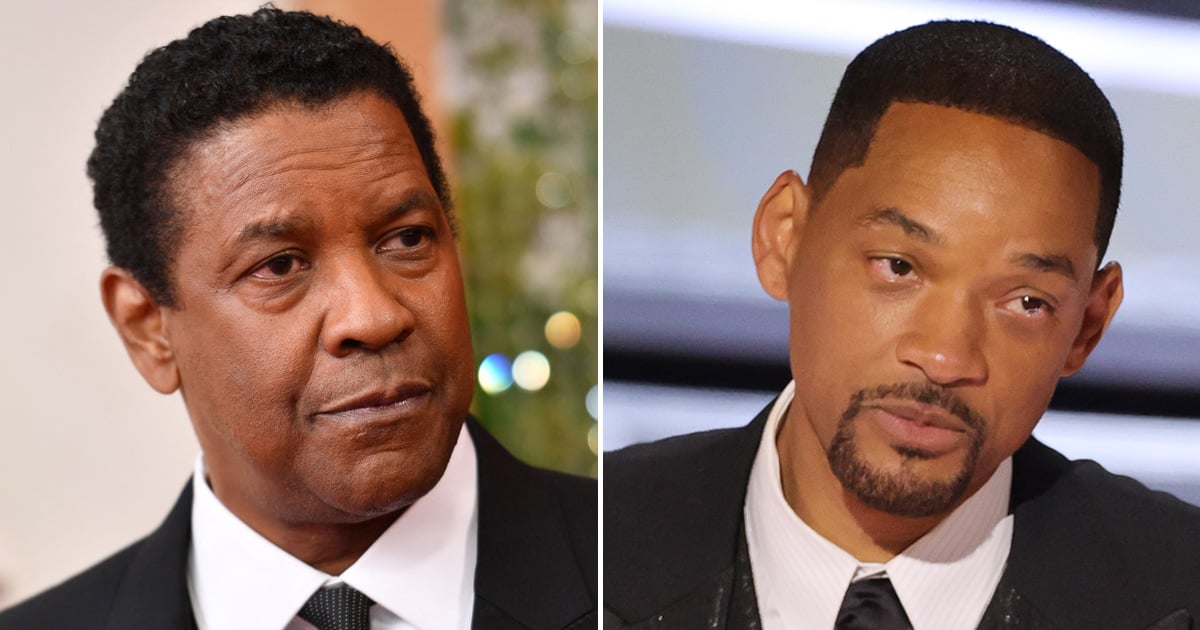 The Oscars took a shocking turn Sunday when Chris Rock made an insensitive comment about Jada Pinkett Smith, who has alopecia, referring to her as “G.I. Jane” because of her buzz cut. Offended on his wife’s behalf, Will Smith walked on stage and hit Rock in the face. Following the scene, several celebrities — including Denzel Washington, Tyler Perry, and Bradley Cooper — took a moment to comfort Smith, who was visibly upset by the comment.

“During the commercial break, Will Smith is pulled aside and comforted by Denzel Washington and Tyler Perry, who motion for him to brush it off,” journalist Scott Feinberg said in a tweet on Sunday night. “Will appears to wipe tears from his eyes as he sits back down with Jada, with Denzel comforting Jada and Will’s rep by his side.” Like a good friend, Washington walked on stage and put an arm around Smith’s shoulders, speaking to him for a moment before they both took their seats again looking slightly more at ease.

“Love will make you do crazy things.”

At the end of the night, Smith accepted the best actor award for his role in “King Richard.” Smith began the speech by delivering a quote spoken to him by Washington just minutes earlier. “At your highest moment, be careful. That’s when the devil comes for you,” he said before addressing the situation with Rock in his own words.

“I want to apologize to the Academy. I want to apologize to my fellow nominees. This is a beautiful moment and I’m not crying for winning an award. It’s not about winning an award for me,” Smith said tearfully as Pinkett Smith smiled up at him from the audience. “Art imitates life. I look the crazy father, just like they said about Richard Williams, but love will make you do crazy things . . . [hopefully] the Academy invites me back.”