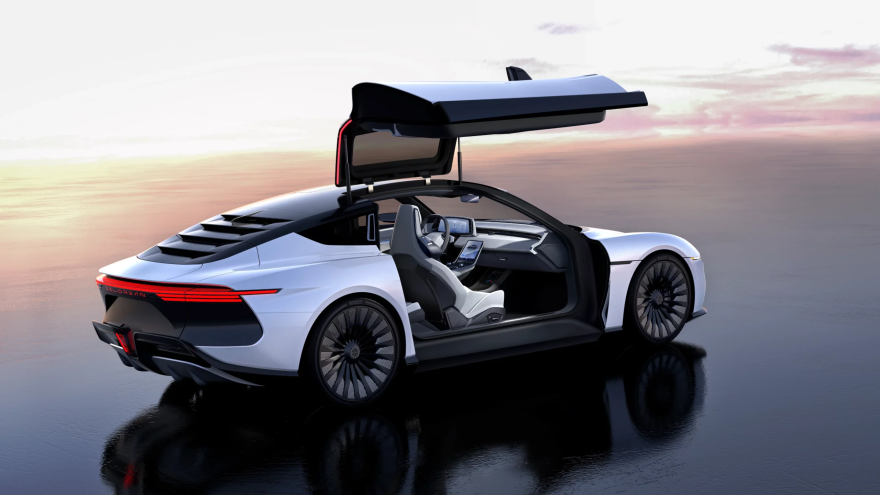 The DeLorean is an iconic car, with multiple generations remembering it as the time-traveling vehicle from the movie Back to the Future. However, the original DeLorean Motor Company (DMC) went out of business before the first movie in the trilogy was even made. Now, the company is back, at least in spirit, with DeLorean Motors Reimagined, a Texas-based company.

However, the revival of the once-beloved car as an electric vehicle (EV) sensation is facing problems before it truly takes off. The trouble comes in the form of a lawsuit filed by another EV company, Karma Automotive, which alleges that the company and four of its employees stole intellectual property.

It all started with a potential joint venture between Karma and DMC that ended up not working out. According to the lawsuit, Karma and DMC started to discuss electrifying the iconic DeLorean vehicle back in 2020. However, things fell through, and the defendants left the company. And, allegedly, they left with Karma’s trade secrets, which were used for the launch of DeLorean Motors Reimagined.

However, DeLorean Motors Reimagined CEO Joost de Vries gives another opinion about why things fell through. According to his statement, the project died due to “Karma’s inability to fund or produce deliverables necessary to even move forward talks with DMC.” He went on to say that DeLorean Motors Reimagined is an entirely new venture unrelated to the “low volume replica project.”

Even if the new project is entirely unrelated, the lawsuit could seriously hurt DeLorean Motors Reimagined. That is because the San Antonio City Council approved a $562,500 incentive package with potential tax refunds for the company. Primarily, it is due to the condition, which is for the company to create 450 jobs by the end of 2026 with an average salary of $145,600.

The pressure of the lawsuit can potentially damage the company’s ability to meet the incentive package’s demands. After all, while it will be hard to prove Karma’s claims, the exit of the individuals in relation to the founding of DeLorean Motors Reimagined is indeed suspicious.

The suspicion might not be unfounded, either. Those named in the lawsuit all worked for the company and on the DeLorean joint venture before it fell through. There is even evidence of them discussing the side project while employed at Karma. In fact, Alan Yuan still worked for Karma when DeLorean Motors Reimagined first emerged, which happened through a TV ad during the Super Bowl in February.

Overall, while it will be difficult for Karma to prove any of its claims, it might not need to in order to do serious harm to the company trying to bring the DeLorean of the past “back to the future.”