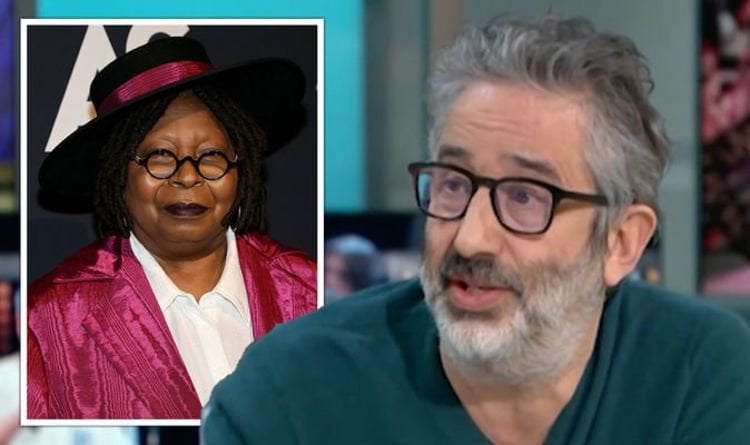 Whoopi Goldberg’s name is Caryn Johnson, when choosing her stage name she chose the first name Whoopi because she farts a lot, not a joke, and the surname Goldberg because she insists she’s Jewish when she isn’t.

From her wiki page:

About her stage surname, she claimed in 2011, “My mother did not name me Whoopi, but Goldberg is my name—it’s part of my family, part of my heritage, just like being black”, and “I just know I am Jewish. I practice nothing. I don’t go to temple, but I do remember the holidays.”[16] She has stated that “people would say ‘Come on, are you Jewish?’ And I always say ‘Would you ask me that if I was white? I bet not.'”[16] One account recalls that her mother, Emma Johnson, thought the family’s original surname was “not Jewish enough” for her daughter to become a star.[16] Researcher Henry Louis Gates Jr. found that all of Goldberg’s traceable ancestors were African Americans, that she had no known German or Jewish ancestry, and that none of her ancestors were named Goldberg.[12] Results of a DNA test, revealed in the 2006 PBS documentary African American Lives, traced part of her ancestry to the Papel and Bayote people of modern-day Guinea-Bissau. Her admixture test indicates that she is of 92 percent sub-Saharan African origin and of 8 percent European origin.[17]

That reads to me like her mother convinced her to use the Jewish sounding surname Goldberg and pretend to be Jewish to open doors in Hollywood. She’s been repeating the lie that she’s Jewish for so many years she probably believes her own guff at this point. That’s why she feels entitled to bring up the holocaust, she insists she’s Jewish still.