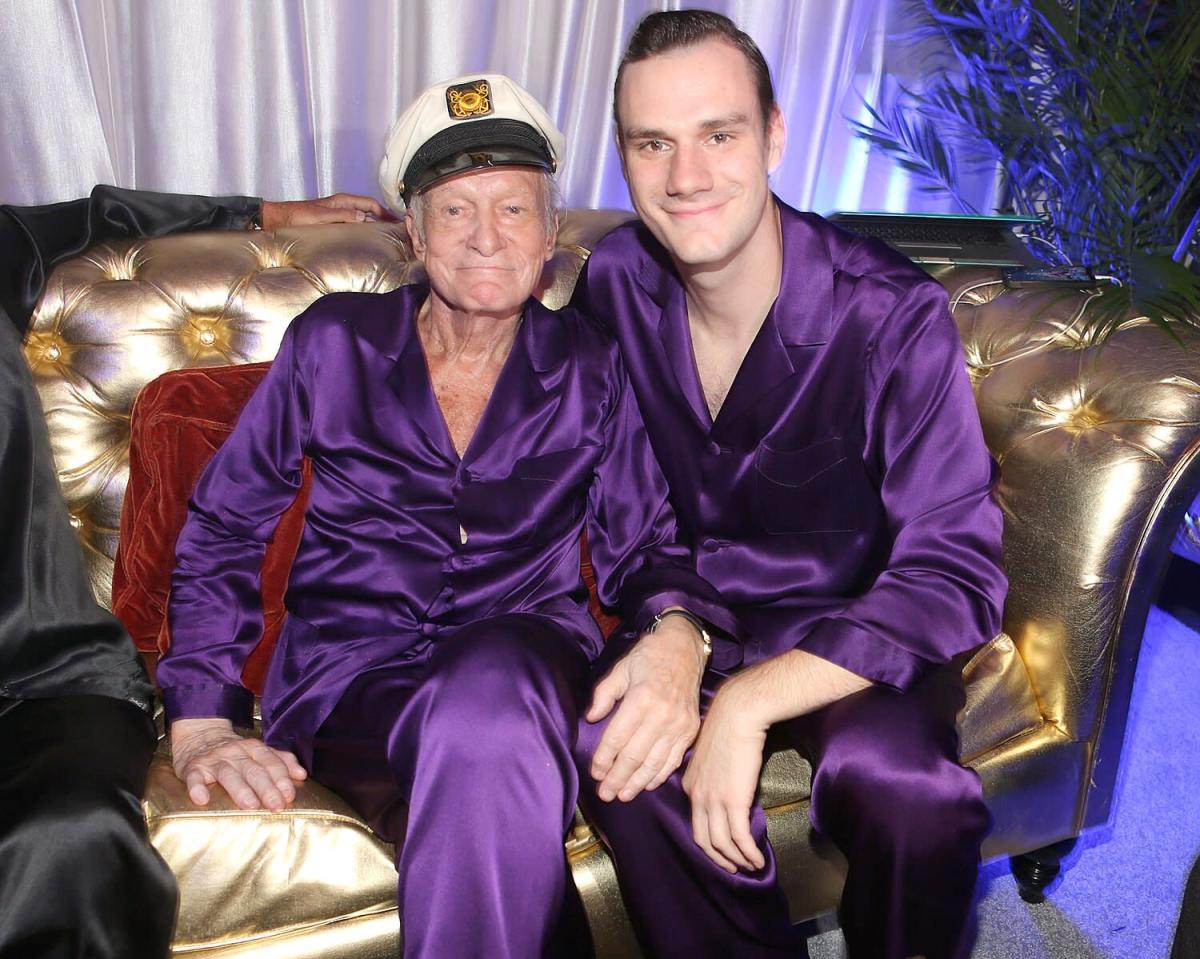 Cooper Hefner is speaking out in defense of his late father Hugh Hefner ahead of the new docuseries on the Playboy mogul.

The series, Secrets of Playboy, premiering Monday night on A&E, aims to unveil the “hidden realities” behind the empire helmed by Hugh, who died in 2017. Though Cooper, 30, didn’t name the show or the network, he posted a message on Twitter Sunday criticizing “salacious stories” about his dad.

“Some may not approve of the life my Dad chose, but my father was not a liar,” Cooper wrote. “However unconventional, he was sincere in his approach and lived honestly. He was generous in nature and cared deeply for people. These salacious stories are a case study of regret becoming revenge.”

In the months leading up to the Secrets of Playboy premiere, A&E has released various shocking trailers teasing what’s to come. In the latest, former Playboy Bunny and a longtime girlfriend of Hugh’s, Holly Madison, calls his famed mansion “very cult-like.”

RELATED: Holly Madison Recalls ‘Traumatic’ First Night with Ex Hugh Hefner: He Was ‘Pushed on Top of Me’

“The reason I think the mansion was very cult-like looking back on it is because we were all kind of gaslit and expected to think of Hef as like this really good guy,” Madison, who dated Hugh from 2001 to 2008, said in the clip. “And you started to feel like, ‘Oh, he’s not what they say in the media, he’s just a nice man.'”

“It was so easy to get isolated from the outside world there,” she continued. “You had a 9 o’clock curfew. You were encouraged to not have friends over. You weren’t really allowed to leave unless it was like a family holiday.”

Never miss a story — sign up for PEOPLE‘s free daily newsletter to stay up-to-date on the best of what PEOPLE has to offer, from juicy celebrity news to compelling human interest stories.

In a previous press release, Elaine Frontain Bryant, the Executive Vice President and Head of Programming for A&E, said Secrets of Playboy will “lift the veil” on the “long-hidden stories” of Playboy.

RELATED: Holly Madison Says Hugh Hefner ‘Flipped Out’ When She Cut Her Hair: He ‘Said It Made Me Look Old’

“Breaking down barriers and exposing the truth, ‘Secrets of Playboy’ is a masterful example of brave storytelling that takes an unflinching look at the personal affects of Hugh Hefner’s empire, while also exploring his legacy’s larger influence on our society and modern-day views of sexuality,” she said.

The current Playboy organization has also spoken out ahead of the show’s release.

In a statement obtained by PEOPLE last week, the brand said, “Today’s Playboy is not Hugh Hefner’s Playboy. We trust and validate these women and their stories and we strongly support those individuals who have come forward to share their experiences.”

The statement continued, “As a brand with sex positivity at its core, we believe safety, security, and accountability are paramount. The most important thing we can do right now is actively listen and learn from their experiences. We will never be afraid to confront the parts of our legacy as a company that do not reflect our values today. As an organization with a more than 80% female workforce, we are committed to our ongoing evolution as a company and to driving positive change for our communities.”