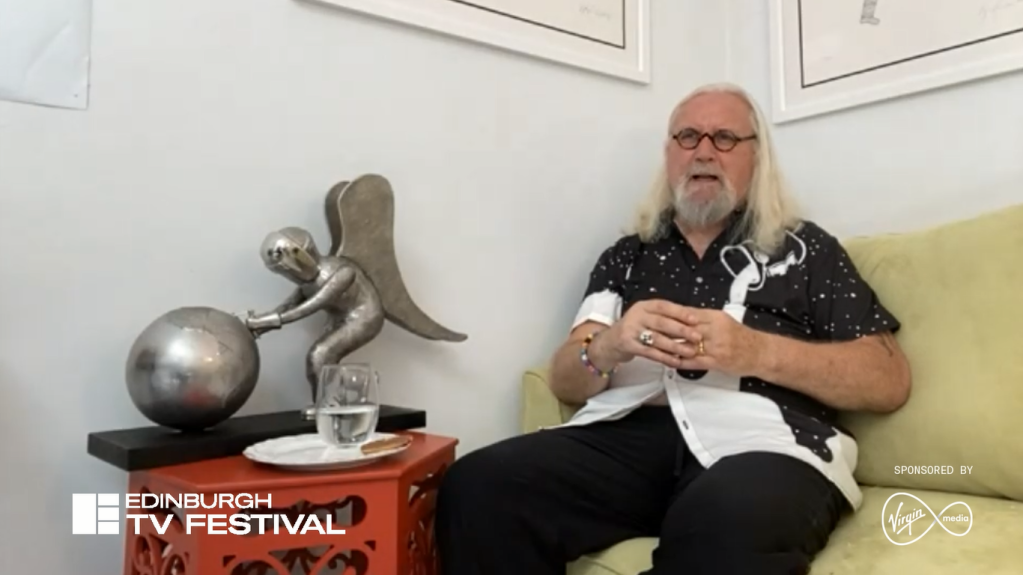 British Comedy Legend Billy Connolly To Be Given BAFTA Fellowship

Pioneering Scottish comedian Billy Connolly is to be given the BAFTA Fellowship at this year’s Virgin Media BAFTA TV Awards. Connolly, who has been active on the British TV and standup circuit for almost 50 years, will be handed the highest achievement bestowed by BAFTA at Sunday’s ceremony, an award that has previously been given to the likes of Judi Dench, David Attenborough and Joanna Lumley. The award comes almost 30 years after Connolly won his first BAFTA in the BAFTA Scotland Entertainment category. Having left school at 15 to become a Welder, he was catapulted to fame in 1975 after a particularly outrageous appearance on BBC chatshow Parkinson and went on to make a variety of comedy shows, films and docs including the likes of the legendary An Audience with Billy Connolly standup, and he is still active today. Connolly said: “I am deeply honoured. Fifty films and… I can’t remember how many TV shows – as well as my stage comedy – added up to something that’s a joy to look back on. A lovely thing. It’s lovely to be recognised and to become a jolly good fellow.” Connolly currently lives in the U.S. and will accept his award via video link.

Anne Robinson, who has presented cult Channel 4 studio format Countdown for just one year, is to step down. Robinson said she had had a “blast” hosting the show but it is now time for “an older woman to take the reins”. The 77-year-old became the first female Countdown presenter in 2021 and the sixth overall and has presided over the quiz show for one year. The show is the only one to have been on Channel 4 since its 1982 inception and has kept virtually the same format for 40 years, involving rearranged letters being made into words and numbers rearranged to equal certain sums, along with the famous Dictionary Corner.