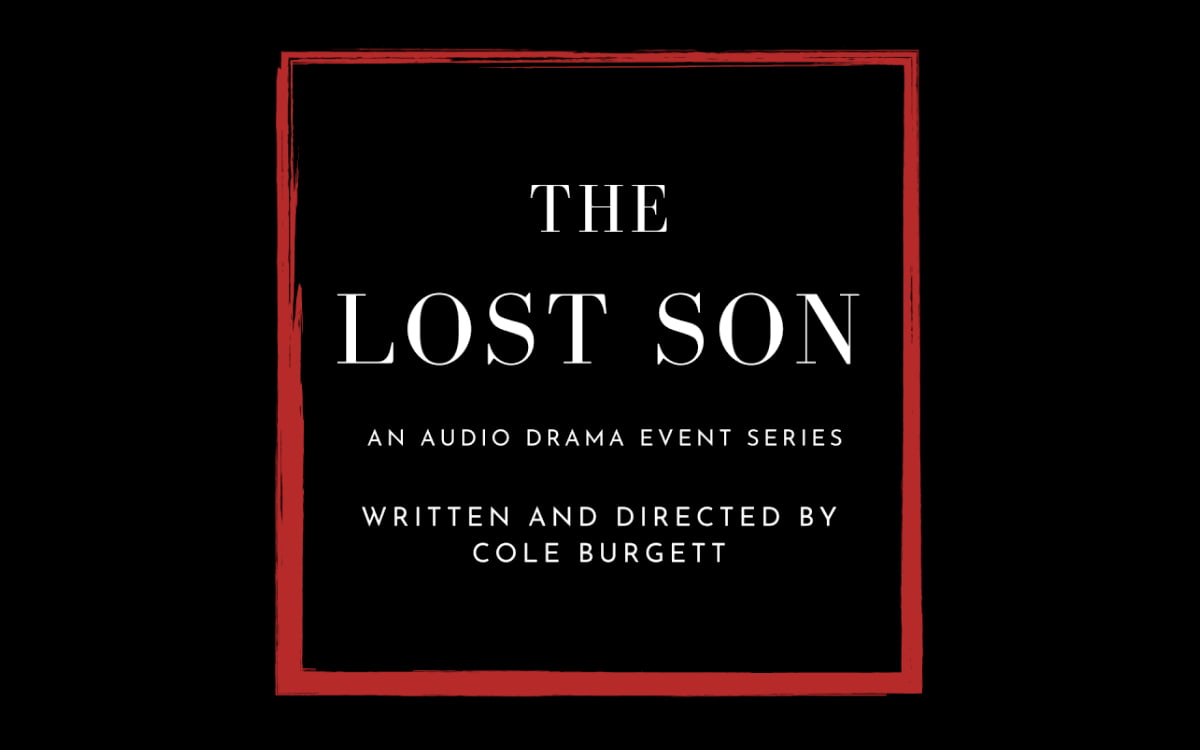 This article contains some spoilers for the podcast series The Lost Son.

The mind can imagine some pretty disturbing things. But why would anyone unnecessarily put themselves through such an ordeal, especially those of us who aren’t fans of the horror genre? The newly released limited audio series The Lost Son, an homage to classic horror radio plays, uses monsters and mystery to indirectly provide a solid answer to that question. I was shocked (in a good way) to find that unforgiveness might be the most horrifying experience and that, according to the creator, the series has biblical underpinnings.

Episode I: The Body of “The Letter”

I was intrigued when I heard the series open with a wolf growling, excitedly mumbling to myself, “Is this gonna have werewolves?” Lycanthropes are a theme, but I won’t spoil anything for you.

The story is told from the refreshing perspective of a female physician, progressive for the setting of 1899. Doctor Emily Goodwin receives a mysterious letter from her former lover, aristocrat Andrew Ballard, begging her to visit him posthaste. Upon arriving, Emily is shocked to find that not only did Andrew’s father pass away recently, but it was under gruesome circumstances matching other recent murders in the area.

Andrew has become a recluse, distrusting others and, because he blacks out and finds himself in strange places, he distrusts his own mind and actions. When the subject of his cruel father comes up, he cryptically mentions the patriarch’s death and a curse on his family.

As Andrew describes his father’s final insane and sleepless weeks, the audience gets a feel for the strain it put on him as the only other person in their cavernous mansion. The story forces us to ask: is it worse to have a withholding, unforgiving father, or to be trapped with an erratic and uncommunicative shell of a man?

Because fathers, whether present or absent, are human, it’s possible that every child has a “father complex.” But does physical distance between child and parent heal all wounds? And can absolution come from beyond the grave?

Emily feels Andrew needs distance from the family mansion where his father’s death haunts his sleepless nights. After repeatedly declining, Andrew makes the trip to the nearby town only to be assaulted by its residents buying silver bullets and calling him a murderer. A man in the shadows is particularly interested in the commotion, revealing himself to be a Pinkerton detective named Weaver (the title’s “stranger”). As the detective interrogates Andrew about what sort of man his father was, Emily becomes outraged. Later she attempts to apologize, but is infuriated once again.

I was slightly annoyed that as the representation of rational women’s lib, Emily was portrayed multiple times as easily flustered with little self-control (she had composure earning her medical license in the male-dominated field, and we witness her diplomatic bedside manner). However, the talks with Detective Weaver give us at least two insights: much like Jane Eyre, Emily struggles to balance reason and passion, and Weaver gains valuable information for his investigation. (My fears that Emily would be a one-dimensional vehicle of hysterics were alleviated in Episode 3.)

Emily can’t be blamed for trying to protect her old flame, but Weaver was persistent and kept showing up with more questions. At one point he notices how sickly Andrew was looking, and learns that Andrew passed out the night before. When Weaver presses him about his memories of the night, Andrew says he doesn’t remember anything. Suspicious indeed.

Especially in the aforementioned sections, the script and voice acting seemed a little stilted, but I kept reminding myself that the drama is set in the Victorian era where propriety reigned supreme. And because of the era’s rapid social and scientific advancement, reason attempted to explain the supernatural. This rationale is again epitomized in Emily’s having battled chauvinism and therefore needing to overcompensate by dismissing supernatural possibilities. So it is interesting that although the Pinkerton agent is receptive to supernatural hypotheses, he is the one who pitches, in his words, the “simpler, scientific explanation.” He has no problem sharing his working theory: Andrew is going crazy, unaware he’s murdering people in the night.

In some ways, Weaver plays the part of the villain, but the character’s layers and desire to stick to evidence while being open to extreme explanations, makes him a bit of an anti-hero for me, even though I expected Andrew to fill that role.

Episode III: “The (Duty of the) Confession” (of Faith)

The second episode is a bit slow in places, but the third episode is so full of action and revelations that it becomes clear that the methodical pacing was necessary. In fact, the third episode delightfully draws all the pieces together so well (and with the perfect amount of twists) that it single-handedly makes the story go from good to great. Because I don’t want to ruin the revelations, I will give a very brief summary.

Andrew is found the next morning babbling to the walls of the family crypt. Emily admits how suspicious it looks and wants to take Andrew back to New York where he can get help. But plot threads come together as fast as a spider wraps a fly. White-knuckled, we listen to resolution on Andrew’s dead father’s involvement in the mystery and how many more people will die at the hands (or claws) of this unknown monster.

At this point you may want to stop reading, listen to the series, and then come back and finish this article. There won’t be spoilers per se, but for readers who like behind-the-scenes, it might be more rewarding to listen first.

When I asked writer and director Cole Burgett about his inspiration for the story, he said, “The narrative got a ton of mileage out of the question: ‘What if, in the parable, the father had rejected the prodigal son upon his return?’” Because the parable is so well known (not just in Christianity, but in other religions and even in the U.S. justice system), we can take it for granted. But the father’s reaction in Jesus’ story is so rebellious, so lenient, imprudent, and unexpected, that to seriously consider the father’s unforgiveness feels tantamount to heresy. A rebellion of a rebellion, if you will. Burgett is punk rawk.

Maybe that contrast isn’t so surprising given the amusing contradiction between gothic horror and the entrenched decorum of the time. And maybe contrasts are the key to deciphering Christ’s lessons.

Regardless of our earthly fathers’ limitations and trials and struggles, Jesus’s parable is about our relationship with God—the merciful relationship God is asking each of us to accept. And this is a very specific God, not an unknowable entity, a cavalier master demanding child sacrifice, a deceiver like the Devil, or any other unforgiving deity.

The Monstrous Life of Hopelessness and Despair

There is nothing more horrifying for anyone hoping to enter the pearly gates than the possibility of an unaccepting God. It doesn’t matter if the religion requires good works or enlightenment or reincarnation or a personally-constructed deism; the consideration that after following the rules, one could be banished from nirvana is too chilling for most of us to reflect on even for a second.

Maybe we consider the thought, “What if God won’t forgive me?” as equivalent to doubt. If so, is it possible our faith is built on willfully ignoring the hopelessness of the absence of God? Some might call that burying one’s head in the sand. It might be healthier to stretch our faith by sometimes considering the torment we’ve been saved from. Stretching faith like this breeds a thankful spirit and a rejuvenated desire to share real spiritual hope with others.

Cole Burgett’s artistic entertainment challenges the non-religious to search for the truth of the real and welcoming God, while simultaneously asking the Jesus-follower to apply their faith through a horrific (but hope-building) thought experiment.