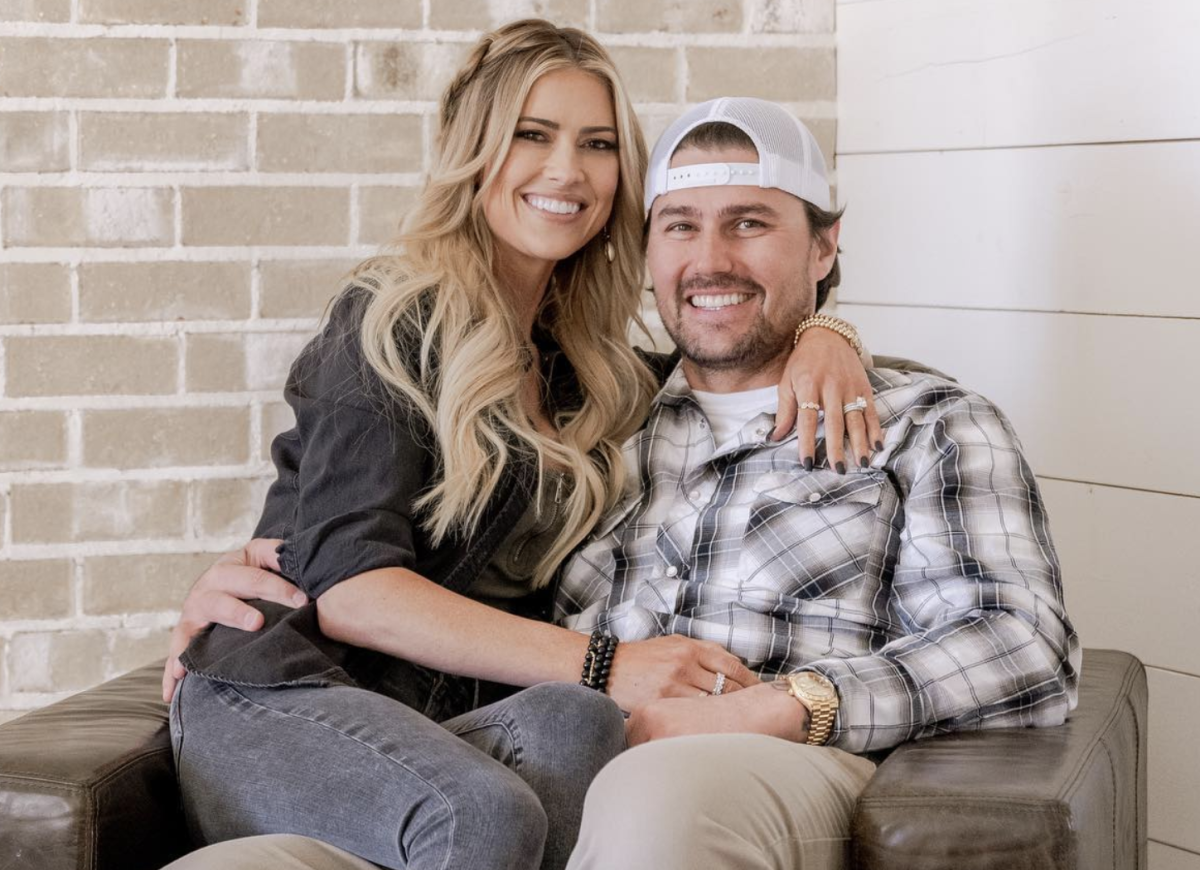 Christina Haack has secretly married Josh Hall after one year of dating.

While the Flip or Flip star, 38, hasn’t shared the news publicly, Yahoo Entertainment has confirmed with a source that the pair privately said “I do.”

Tipping off the media was the fact that Haack changed her name on her California real estate license. Her name is now listed as Christina Meursinge Hall.

The document notes her past names — and there have been a few in recent years. She was Christina El Moussa when married to Flip or Flop‘s Tarek El Moussa until 2018. After her divorce from Ant Anstead in 2020, she took her maiden name and went by Christina Haack.

In between, she briefly went by Christina Anstead, they were married from 2018 to 2020, but apparently didn’t change her name on the license.

Haack has also changed her last name on Instagram to reflect being a missus. The engagement ring emoji is gone and is replaced by an infinity sign and a key.

The HGTV star announced her engagement to Hall, also a realtor, in September — three months after making the relationship Instagram official.

However, we’ve since learned that the pair started dating earlier than thought. They were already a thing in March 2021.

She has said she met Hall “when I wasn’t in a state of fear or fight-or-flight. I had taken time off social, hired a spiritual coach and smoked a Bufo toad (which basically reset my brain and kicked out years of anxiety in 15 mins). When we met this past spring, the synchronicities hit us so hard and fast they were impossible to ignore. I felt immediately crazy protective over him and wanted to keep him for myself and get to know each other before the tornado (media attention) hit. So yes ‘another relationship.’ And guess what. I’m 38. I’ll do what I want.”

Just days ago, Haack – who has two children with El Moussa (Taylor and Brayden) and one with Anstead (Hudson) — shared a photo with Hall, writing, “Prayed for a man who was all man but still treated me like his queen. Never give up.”

Haack also recently ended Flip or Flip, the show she co-starred in with ex El Moussa, after 10 seasons. She’ll continue to appear in Christina on the Coast, and she and Hall recently started their own production company, Unbroken Productions.