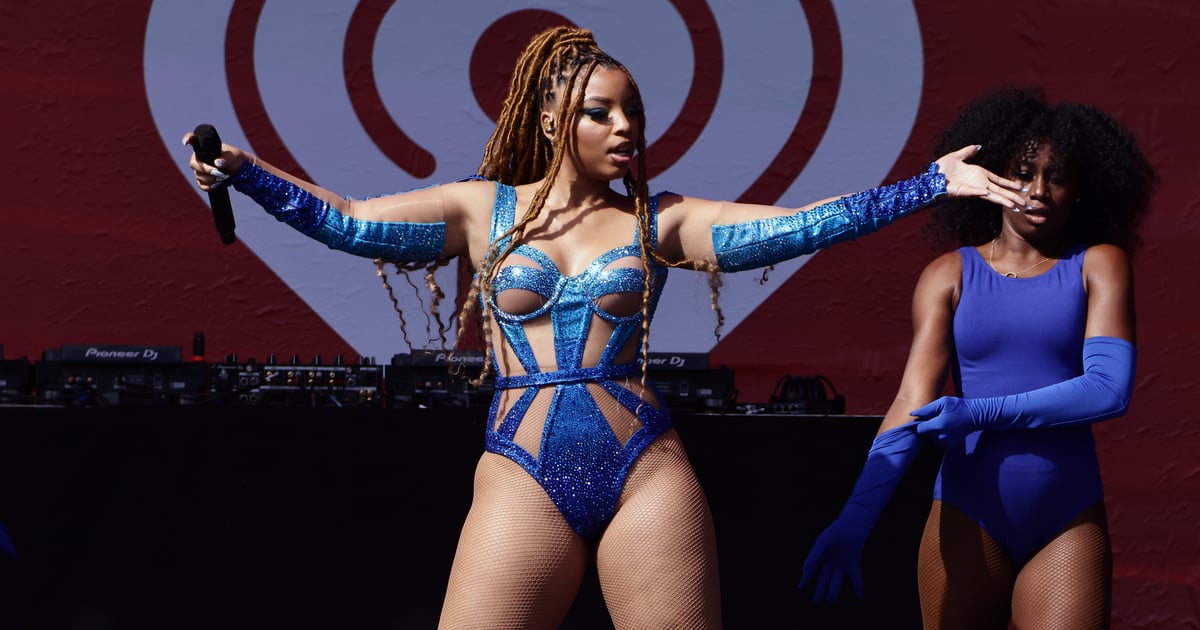 Chloe Bailey, also known by her solo stage name, Chlöe, took the stage at the 2022 iHeartRadio Music Festival in Las Vegas this past Saturday, Sept. 24. For her set, she performed a mix of solo hits, like “Mercy” and “Surprise,” alongside hits from her group with sister Halle Bailey. Aside from the top-tier vocals and precise dance breaks, her outfit shone bright. The 24-year-old singer dazzled the crowd wearing a cerulean-blue, embellished corseted bodysuit designed by LA-based designer Bryan Hearns. With a copper-blond updo by Fesa Nu, she finished off the look with coordinating embellished boots, custom made by Betsey Johnson.

Other artists who took the stage at the two-day festival included Avril Lavigne, Willow, and Latto. During Chlöe’s performance, the “Grown-ish” alumna also debuted her new single, “For the Night.” From the AMAs to the BET Awards, this appearance follows a string of headline-making solo performances for the singer. As she and Halle continue to explore other outlets, Chlöe has been busy honing in on her sound and aesthetic.

Most recently, she maintained a considerable presence at New York Fashion Week, whether she was sitting front row at Fendi (and dressed by the Italian house), celebrating a Saks campaign with an exclusive Fashion Week fete, or making appearances on the party circuit. She even made it to the rescheduled Burberry show this afternoon across the pond in London (alongside Lori Harvey, Normani, and “House of the Dragon”‘s Milly Alcock). As Chlöe’s star continues to rise and she experiments more with fashion, there’s no doubt she’ll keep debuting style statement after style statement. Ahead, see more of Chlöe’s shimmering blue performance outfit.