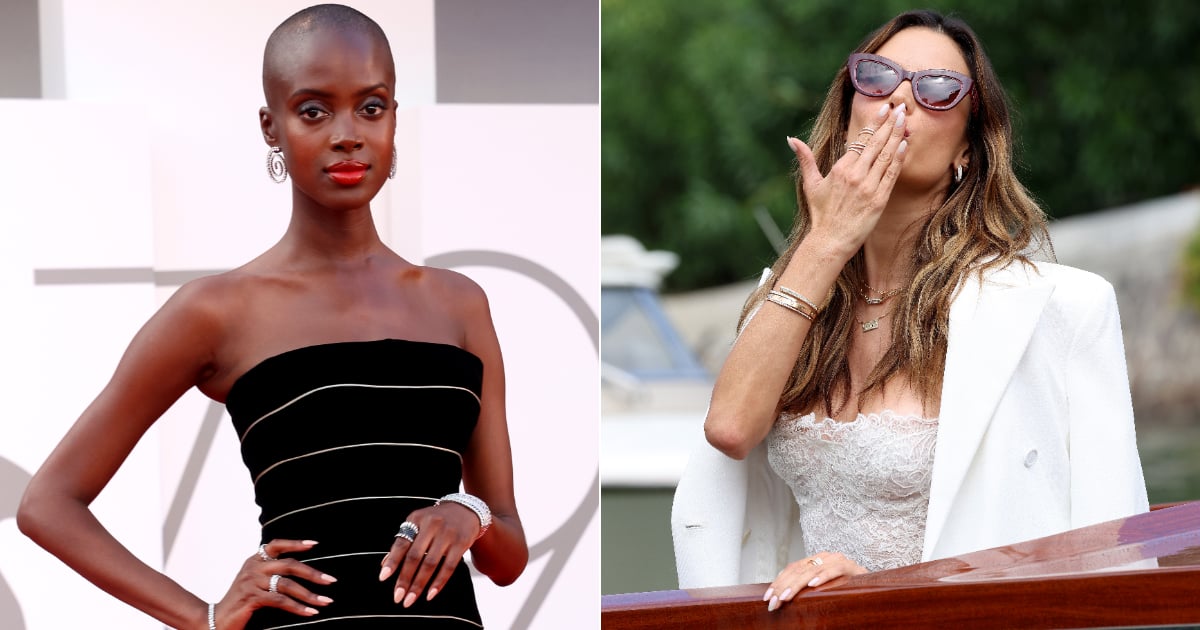 In beauty, we’re seeing the trend shift away from over-the-top statement manicures to minimalist nails, and the 2022 Venice Film Festival is proof of that. As the stars arrived on the red carpet in elaborate ensembles with their hair styled to the nines, we couldn’t help but notice a theme among many of the manicures. Subtle yet classic supermodel nails were the look of choice for a handful of A-lister attendees.

Everyone from Alessandra Ambrosio to Tessa Thompson and Jodie Turner-Smith had on the supermodel nail trend. The manicure is characterized by its neutral nail polish color in various pink, white, and beige hues. It also features clean nail beds and, traditionally, zero nail-art designs. The barely there shade makes the nails look like an extension of your fingers, elongating the hands. While some stars went with a classic supermodel nail with a sheer wash of color, others opted for a touch of milkiness to their color, combining the supermodel trend with another standout manicure, milk-bath nails.

In general, understated and delicate manicures have increased in popularity in recent months. It started with the resurgence of milk-bath nails, then came supermodel nails, and then, thanks to Hailey Bieber, glazed-doughnut nails entered the chat.

Other standout beauty looks from the 2022 Venice Film Festival so far include Barbara Palvin’s structural updo hairstyle that appeared to defy gravity and Thompson’s chocker hair tie moment. Ahead, take a look at the best supermodel nails from the festival so far.