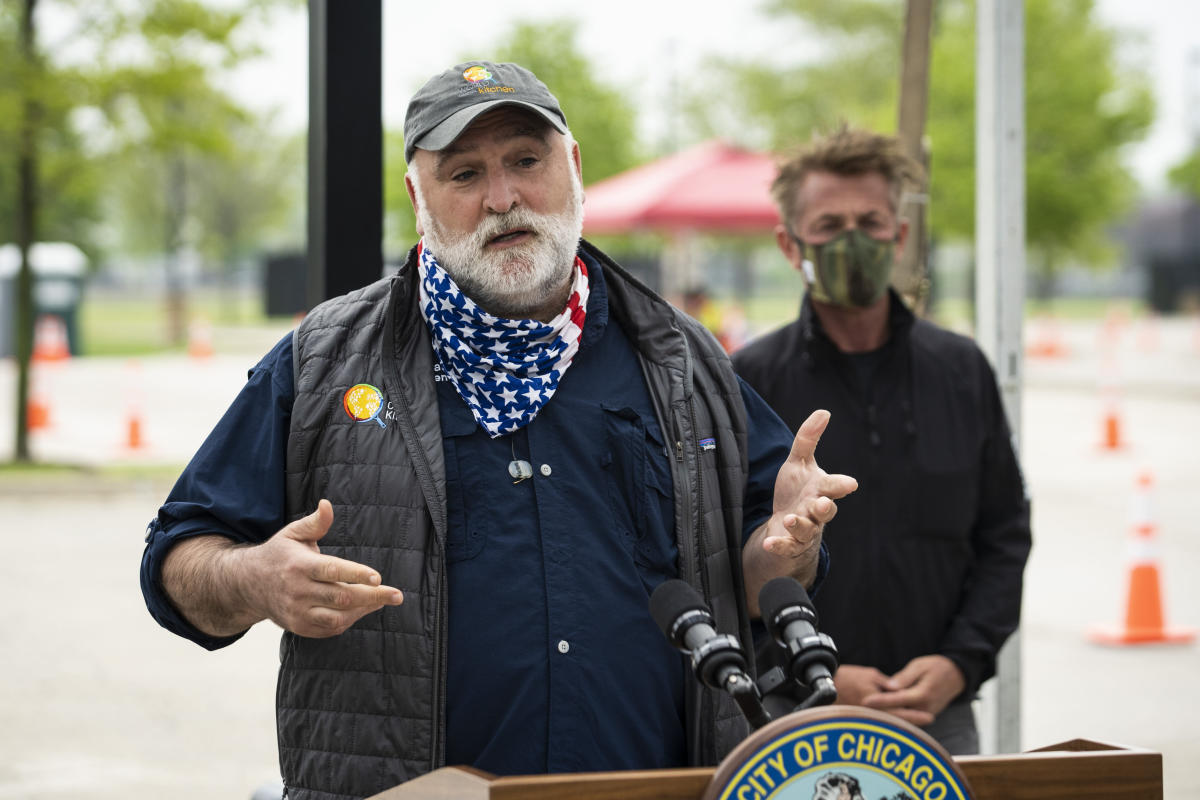 Russian missiles raining down on central Kharkiv, Ukraine yesterday killed two people and injured 18. Among the latter group were workers at celebrity chef José Andrés’ World Central Kitchen, a charitable effort which has fanned out across the country to feed those effected by the war there.

WCK CEO Nate Mook announced the terrible news on Twitter writing, “An update I hoped I’d never have to make. I’m at a @WCKitchen restaurant in Kharkiv, where less than 24 hours ago I was meeting with their amazing team. Today, a missile stuck. 4 staff were wounded. This is the reality here—cooking is a heroic act of bravery.”

Kharkiv, Ukraine’s second-largest city, has been hammered by Russian shelling all week with dozens killed, including at least three children.

Amid the destruction, Andrés himself posted an update on the WCK staff: “To everyone caring and sending good wishes to the team in Kharkiv, thank you, the injured are fine, and everyone is ready and willing to start cooking in another location.”

He ended with, “Many ways to fight, we do it with food!”

On Sunday, Mook posted video of the organization’s staff already rebuilding in that other Kharkiv location.

“The work doesn’t stop! Today, the restaurant team is moving all food products & non-damaged equipment to another kitchen location in Kharkiv,” wrote Mook. “The injured staff are doing well—and all the team here wants to continue cooking. Truly in awe at the bravery of our @WCKitchen partners!”

Also on Sunday the Executive Director of the U.N’s World Food Programme, David Beasley, told Face the Nation of seeing food depots and warehouses blown up — facilities that contain nothing else but food.

“There is no question that food is being used as a weapon of war in many different ways [in Ukraine],” he added.