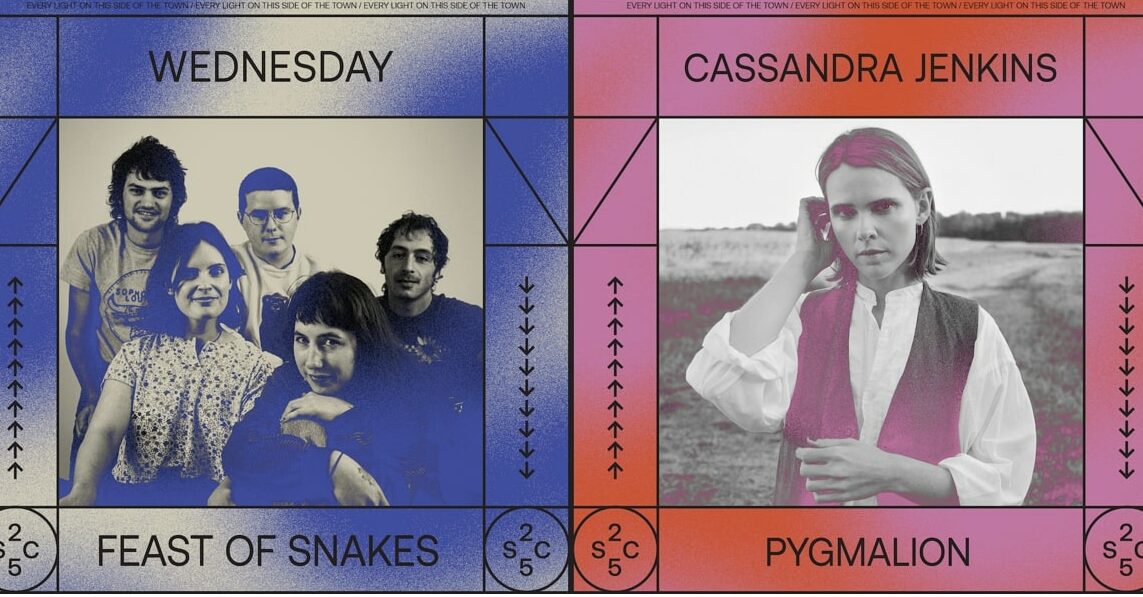 Cassandra Jenkins and Wednesday have shared new songs as part of the ongoing celebration surrounding Secretly Canadian’s 25th anniversary. Listen to Jenkins’ ‘Pygmalion’ and Wednesday’s ‘Feast of Snakes’ below.

Jenkins recorded ‘Pygmalion’ at Abbey Road, with backing from members of the Scottish band Lylo. “The lyrics in this song revisit the story of Pygmalion, the Greek mythological figure who, scornful towards women, falls in love with an ivory statue of his own making,” Jenkins explained in a statement. “When the sculpture comes to life, they live happily ever after. Through today’s lens, we might view this as a tale of an incel who falls for his ivory sex doll, and one that lacks any trace of the female voice. I wanted to give the statue a chance to speak, and to address Pygmalion directly as he begins to carve her likeness according to his vision.”

She continued: “The result is short & bittersweet, expressing part menace, sarcasm, and exhaustion, and part lucidity. I wrote it in a moment when I was frustrated by a relationship, and recorded it while I was on tour (at Abbey Road Studios). I was thinking about how easy it is to box each other into molds, and to impose our solipsistic ideals upon other people, only to be disappointed when they exhibit their true character. In that equation, everyone misses out, and there’s so much more to be gained from burning down ancient ideals. This song aims to strike the match.”

I 100% ripped off the chords for this song from Jason Molina’s ‘Almost Was Good Enough’. When I wrote it I had just finished reading his biography Riding With The Ghost which has a ton of information about Molina’s music and by extension the beginnings of Secretly. I thought channeling his music for our contribution to SC25 would be fitting!

The lyrics are inspired by Harry Crews’ novel Feast Of Snakes. So much of the darkness in that book is reminiscent of Molina lyrics. We wanted to keep the instrumentation pretty sparse and scary so it’s just me on vocals and guitar and Xandy [Chelmis] on steel and banjo.

Cassandra Jenkins and Wednesday both released their sophomore albums last year: An Overview of Phenomenal Nature and Twin Plagues, respectively. More recently, Wednesday issued the covers collection Mowing the Leaves Instead of Piling ‘Em Up.

Revisit our Artist Spotlight interviews with Cassandra Jenkins and Wednesday.