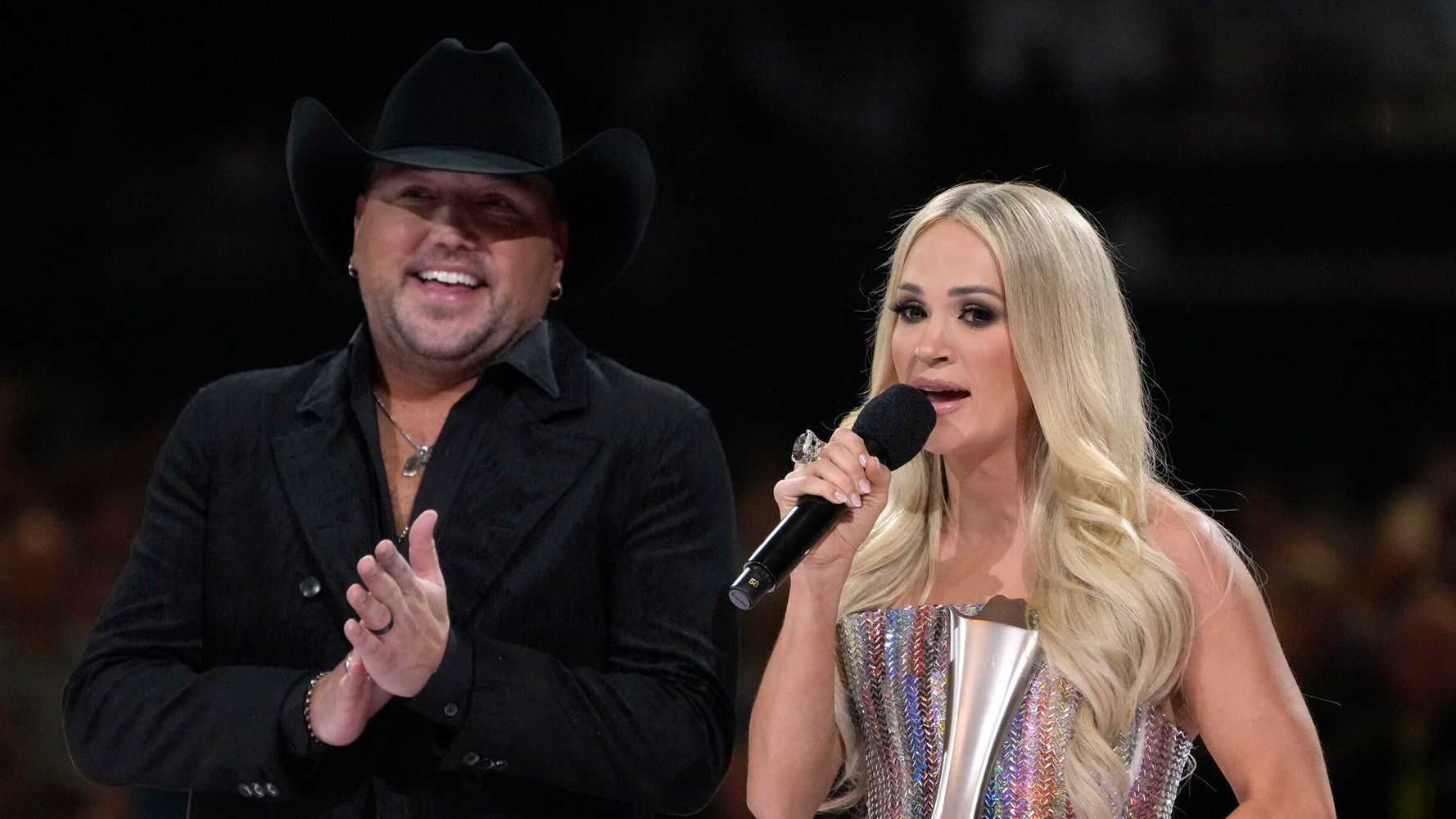 “This one’s all about the fans man,” Underwood said as she accepted the belt-buckle CMT trophy for video of the year, a record 25th win for her.

“I’m pretty sure I picked the perfect partner for this song,” Aldean said.

The Judds made their first major awards show performance in over two decades, with 76-year-old Naomi and her 57-year-old daughter Wynonna singing their signature 1990 classic “Love Can Build a Bridge.”

They were joined by a gospel choir in the performance that was pre-recorded outside the Country Music Hall of Fame.

The show from the Municipal Auditorium in Nashville, Tennessee made the best of the last-minute absence of co-host Kelsea Ballerini, who tested positive for COVID-19 a few days earlier.

Her co-host, “Avengers” actor Anthony Mackie, took the stage alone at the start of the live CBS telecast and introduced a “backup KB,” Kane Brown, to help with hosting duties. Brown was also the night’s most nominated artist but came up empty.

But Ballerini wouldn’t be left out. She appeared on a big screen from home, decked out in a full awards-show dress in her living room.

“This is my normal Monday night, in full glam, with lighting I set up myself, and a remote truck outside,” Ballerini said. “I would so much rather be there with you, but I will be popping in all night long.”

Later in the show, Ballerini performed from her backyard, singing her new single “Heartfirst” alone with a white guitar while standing on the grass with images of her band projected on to a curtain hung behind her.

She made constant costume changes, appearing in a new dress for each appearance and ending the night in her pajamas.

Miranda Lambert won her eighth CMT award, for female video of the year, for “If I Was a Cowboy,” which she also performed.

“I am so happy to be a part of the women of country music today,” Lambert said.

Cody Johnson won male video of the year for ”′Til You Can’t.”

Maddie & Tae won best group or duo video for “Woman You Got.” Tae Kerr, who recently went through a difficult pregnancy and premature birth, appeared on a screen from home during their acceptance, holding her new baby.

“I’ve missed you, I’ve missed you so much, and I’ve been drinking because I’m so nervous,” Maddie Font said to her musical partner during an acceptance speech where she went from laughs to tears and back again. “Tell that baby girl I love her.”

At age 69, George Strait won his first ever CMT award, taking CMT performance of the year for “Is Anybody Goin’ to San Antone?” from “CMT Giants: Charley Pride’.”

Performances came fast and furious during the three hour show.

Keith Urban opened the telecast with his single “Wild Hearts,” followed immediately by the duet “Never Say Never” from Cole Swindell and Lainey Wilson, who stepped out to the front of an outdoor stage to let the Nashville rain hit them as they sang.

Underwood sang her song “Ghost Story” in a pre-taped performance from her Las Vegas residency, taking flight mid-song Cirque du Soleil-style on a cloth swing hung from the ceiling.

Jimmie Allen, Monica and Little Big Town gave the first live performance of their collaboration “Pray.” All wore all white and stood on a smoke covered stage as inspirational images from the pandemic and the war in Ukraine were shown behind them.

The hosting change-up wasn’t the only hiccup the show faced: lightning forced the closure of the CMT’s pink carpet before most stars arrived to have their photos taken and be interviewed.