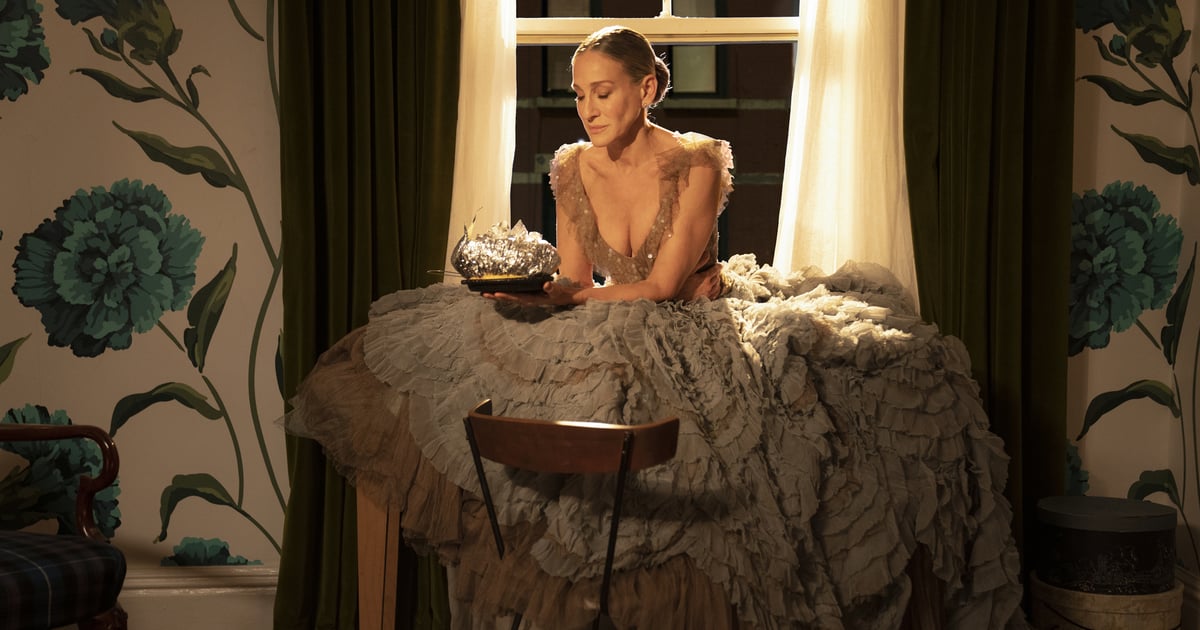 There were fans waiting with bated breath — will And Just Like That deliver the same level of iconic Carrie Bradshaw fashion? Then, there were answers, albeit made with bad information: fans who balked at the possibility of fast fashion, then downright absurd fashion on the show (does Carrie really wear latex gloves and a muumuu?). Now, eight episodes in (the latex gloves, explained as part of Carrie’s idiosyncratic smoking behavior), and I’m not wondering anymore; I’m firmly in the camp of loving Carrie Bradshaw’s looks again.

The reboot’s fashion measures up. It’s another chapter of Carrie doing her free-to-be-me-and-you fashion, doing what so many of us want or hope to do: follow their bliss, fashionably or otherwise. For those who wondered if Carrie would still be Carrie, she is. And while circumstances have changed, I’ve said it before: Carrie is still, sartorially speaking, who she always has been.

It’s palpable in the latest episode — most obviously with the reappearance of Carrie’s beloved looks displayed on rolling racks around her apartment while Lily (lucky girl!) helps her godmother to archive the clothes. And we get to see Carrie giddy with fashion — pulling out the dreamiest dress of them all: the Atelier Versace Mille Feuille ballgown all fans will remember Carrie wearing in Paris during the final season of Sex and the City.

Memorably, after Petrovsky stands her up, Carrie falls asleep in the hotel room, nestled up in the gown, which covers nearly the entire bed. For its reappearance in And Just Like That, Carrie pulls the Versace off the rack and over to her friend Seema (Sarita Choudhury) for a look. “Do you want to see something amazing? It’s my pride and joy,” Carrie says. “I’ve only worn her twice. Once in Paris. And once here, just for fun. I sat at that window and ate a whole thing of Jiffy Pop.” The dress itself never had a big night out, but that’s precisely what makes it so quintessentially Carrie — she doesn’t save the good stuff.

Whether she’s planning a night out with the girls or hanging at home, the looks are often equally exciting and keep us all on our toes, wondering, what will she wear next? Sure, she’ll style up sweatpants for a closet clean-out (usually with heels), but you’ll also catch Carrie in a head-to-toe look around the apartment, which is exactly where we find her at the end of the episode: back in the Versace gown, eating popcorn at the window, because she’s fabulous.