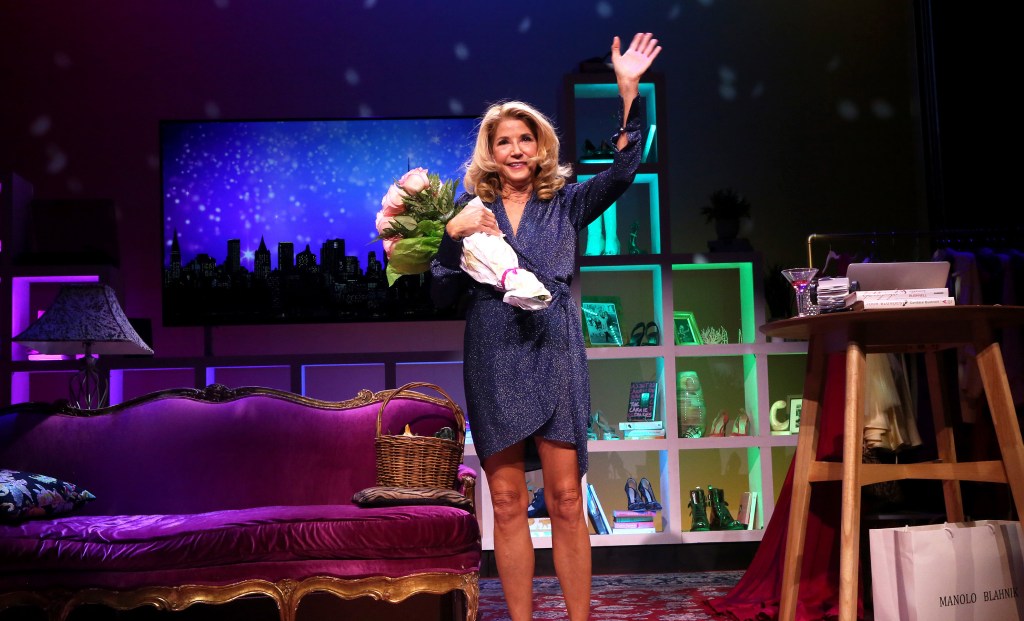 Candace Bushnell’s solo Off Broadway show Is There Still Sex In The City? has closed due to the writer-star’s breakthrough Covid. Bushnell tested positive last night just before she was scheduled to take the stage at the Daryl Roth Theatre.

“The producers of Is There Still Sex In The City? have announced that it is impossible for the production to continue, as Candace Bushnell has tested positive for COVID-19,” producers said in a statement.

Is There Still Sex In The City?, Bushnell’s stage debut, officially opened on Dec. 7, and played its final performance on Dec. 19. A national tour of the production is in the works, as well as plans to take the production to Europe, Asia, and Australia.

In a statement, Bushnell said, “Working in the theater to create Is There Still Sex in the City? has been one of the most thrilling experiences of my life. I can’t wait to take the show on the road and to continue working with this very wonderful and supportive community in the future.”

The show’s synopsis: “From her arrival in New York City alone with $20 in her pocket, to working her way up the ladder as a journalist, to secrets behind the creation of Sex and the City and finding herself single again in her 50’s … the always provocative Candace Bushnell shared her fabulous philosophy through stories of fashion, literature, sex, and New York City, while pouring Cosmos in Manolos.”

Said producer Marc Johnston, “We are so grateful to Candace and the full team behind Is There Still Sex In The City? who have brought this show to life. Those audiences willing to venture to the theatre have loved the powerful message of the show! We look forward to bringing the production back to New York at a safer time, as well as sending Candace around the world to tell the true story of the OG Carrie Bradshaw when it is safe to do so.”

Is There Still Sex in the City? was directed by Lorin Latarro and produced by Marc Johnston, Robyn Goodman, Alexander Fraser, Josh Fiedler, Segerstrom Center For The Arts, Julia Argyos, Blue Sky Events, Bucks County Playhouse, Mike Bundlie, Sharon A. Carr, Iris Smith, and Viva! Diva! Can!. The production was originally developed and produced at Bucks County Playhouse in June 2021.