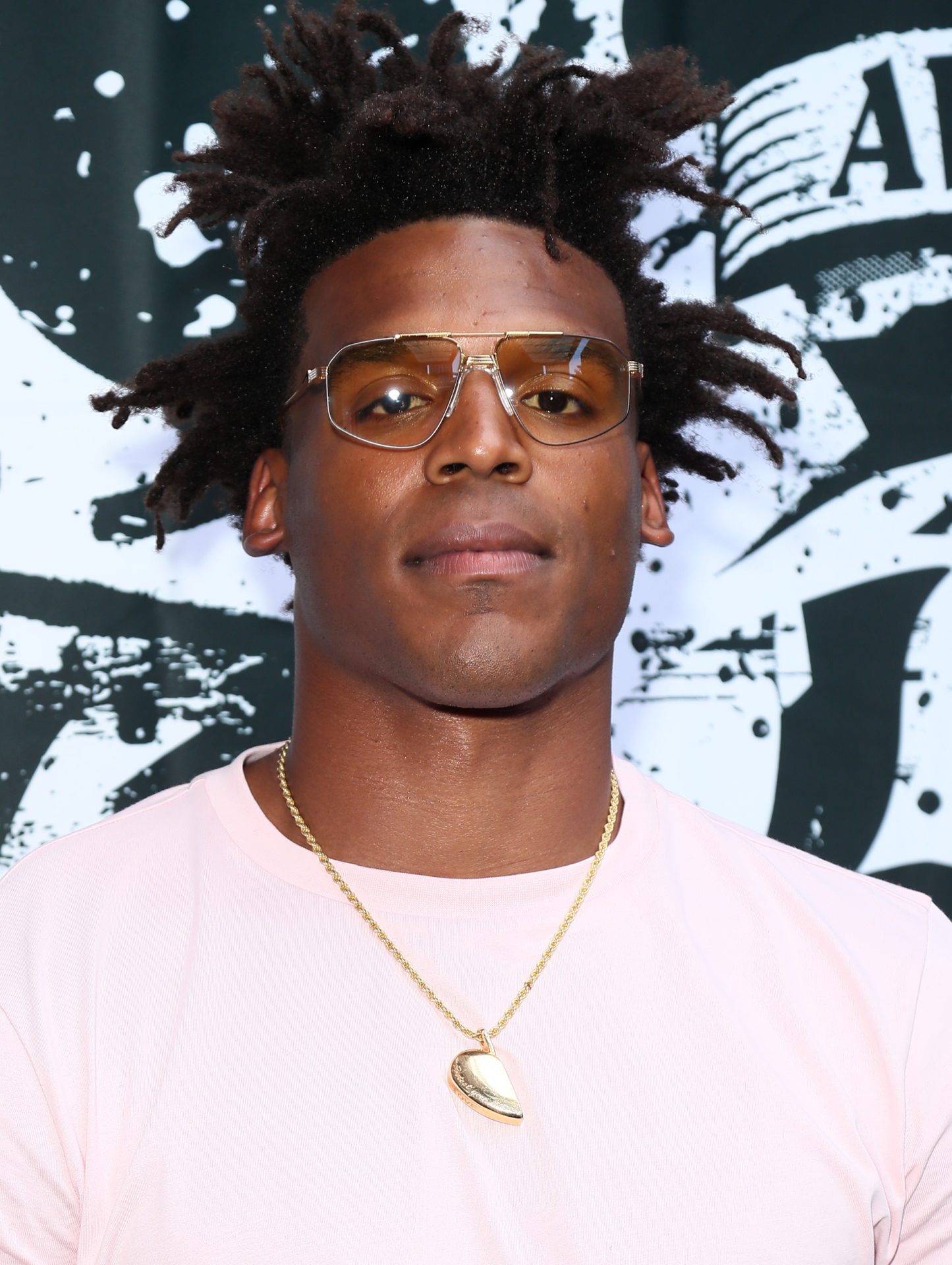 Whew! NFL baller Cam Newton is trending after he shared comments about women on a recent episode of  ‘Million Dollaz Worth of Game.’ While speaking with Gille Da Kid & Wallo, Cam discussed how he believes women should act based on how his mother acted during his upbringing. Cam got candid and explained, “I had a perfect, a perfect example of what a man was in my life by my father. My parents have been together for 36, 37 years now, and it’s a beautiful thing.” However, things took an interesting turn when he talked about the women of today’s generation.

“I grew up in a three-parent household. My mom, my father, and my grandmother. And I knew what a woman was. Not a bad b***h,” he told Gillie. Gille asked Cam what the difference was between a woman and what Cam described. “A bad bi***h is a person who’s just, you know, ‘Girl, I’m a bad bi***h, I’m doing this, I’m doing that.’ I look the part, but I don’t act the part.”  As Cam continued, he said, There’s a lot of women who are bad bi****s.”

The free agent made it clear that he wasn’t saying it in a way to degrade a woman, but he based his words on the aesthetic of what women deem is a boss chick, he continued. Before the segment ended, the former Carolina Panther player added his last two cents on the topic, further saying, “Now a woman for me is, handling your own but knowing how to cater to a man’s needs. Right? And I think a lot of times when you get that aesthetic of ‘I’m a boss bi***. Imma this, Imma that.’ No baby! But you can’t cook. You don’t know when to be quiet! You don’t know how to allow a man to lead.”

Roommates, what do y’all think of Cam’s comments?