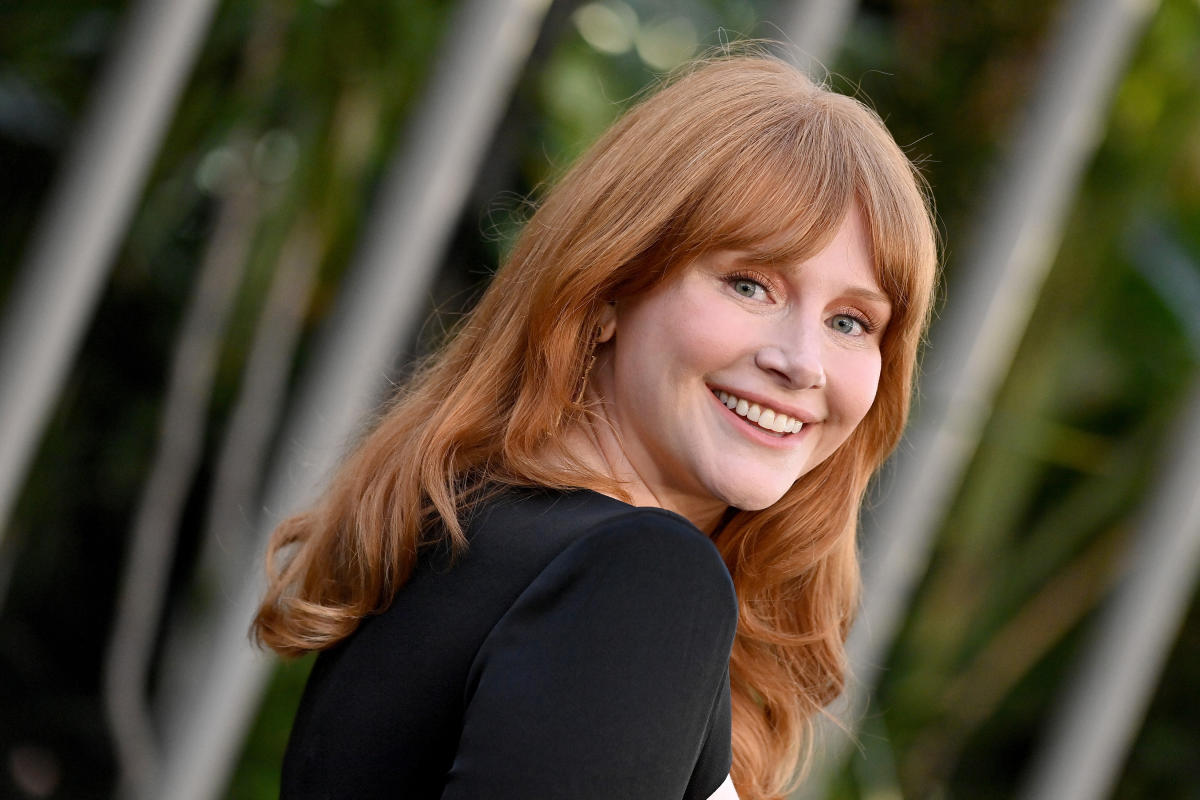 Bryce Dallas Howard is speaking out about being asked to lose weight for her role in Jurassic World Dominion.

The Lady in the Water star, 41, spoke with Metro this week about the experience of making the latest film in the dinosaur franchise. She explained that she was told she should not have her “natural body” while filming and that she needed to shed pounds. However, director Colin Trevorrow “strongly” stood behind Howard.

She added, “I’m really thrilled [at] all the action I got to do, and I got to do it with my body, she was at her maximum strength, and I hope it is just yet another indication of what’s possible.”

Howard recently spoke to Yahoo Life’s Deglazed series about how her diet has shifted over the years. While she said she was “a vegan raw foodist for years” in her “former life,” she now includes a wider range of foods.

“Breakfast is blueberry pancakes, hash browns and bacon,” she explained. “I like to start my day big.”

In July 2020, Howard showed off the bruises she received from filming the action film’s intense stunts. She previously spoke about how those working on Jurassic World Dominion — the first major studio movie to return to filming following the start of the COVID-19 pandemic — made sure the set was as safe and comfortable as possible for the actors.

“I’m very grateful to have a job,” she shared on SiriusXM’s Entertainment Weekly Live. “What feels really right about it is that there’s this daily conversation, daily communication with all of the actors, the key crew members, and just us being consistently [like], ‘OK, how are we going to do this safely?’ And not making compromises that could undermine someone’s health and well-being.”