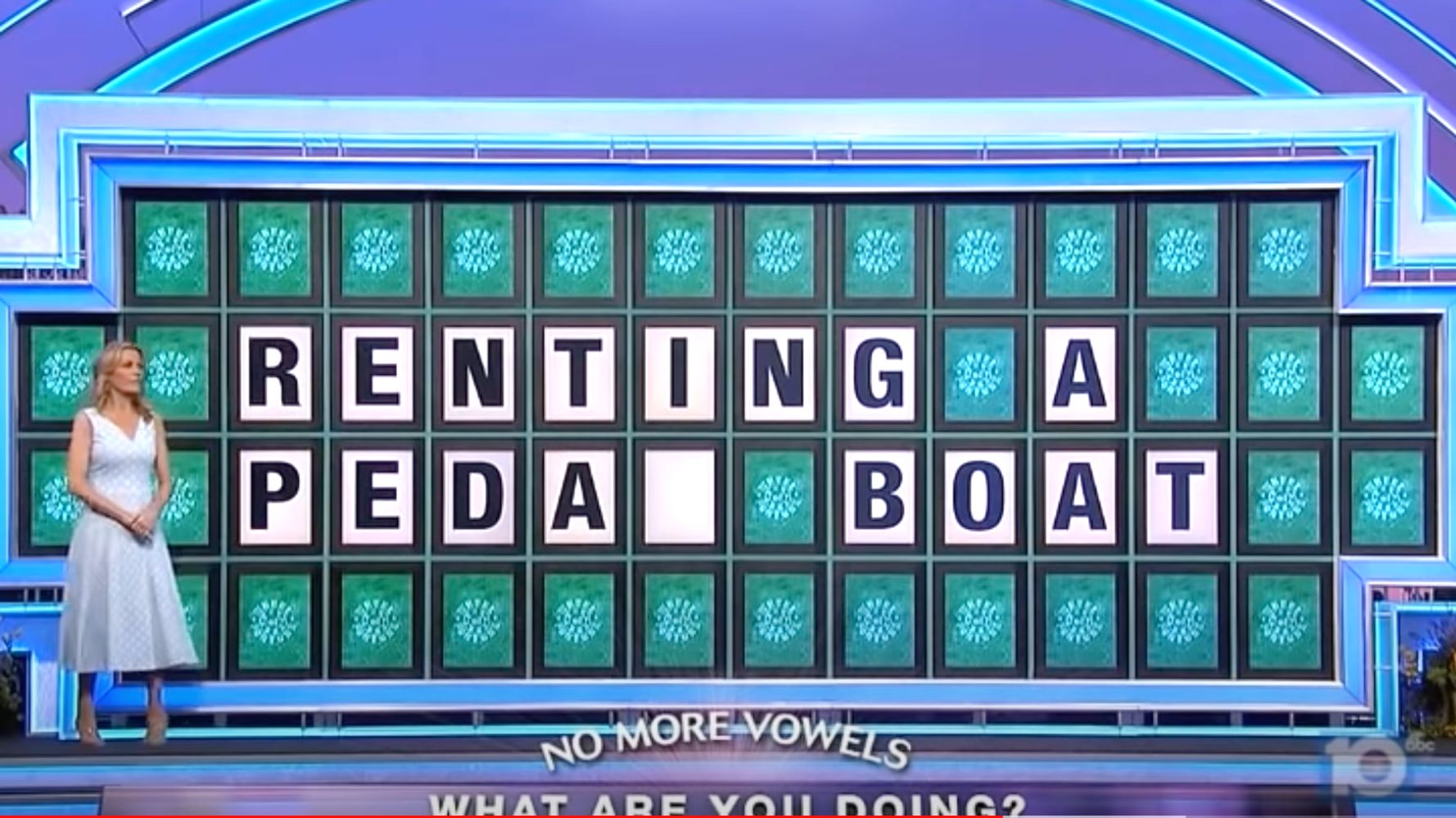 “Wheel of Fortune” yielded another monstrously botched puzzle-solve on Wednesday’s episode. (Watch the clip below.)

All three contestants ― Seann, Michele and Crystal ― contributed embarrassing blunders. So at least they were in the same boat ― the pedal boat. “Pedal” was the final word that stumped them.

For the phrase “What are you doing?” the players had filled out the word puzzle to read: “Renting A Peda* Boat,” leaving one measly letter blank.

Then the players went overboard with mistakes.

Stunned viewers had mean things to say about the three players, but we’re not going to repeat them.

Last week, host Pat Sajak, after urging more civility from “Wheel” watchers, mocked a contestant for telling a story about losing part of his toe.