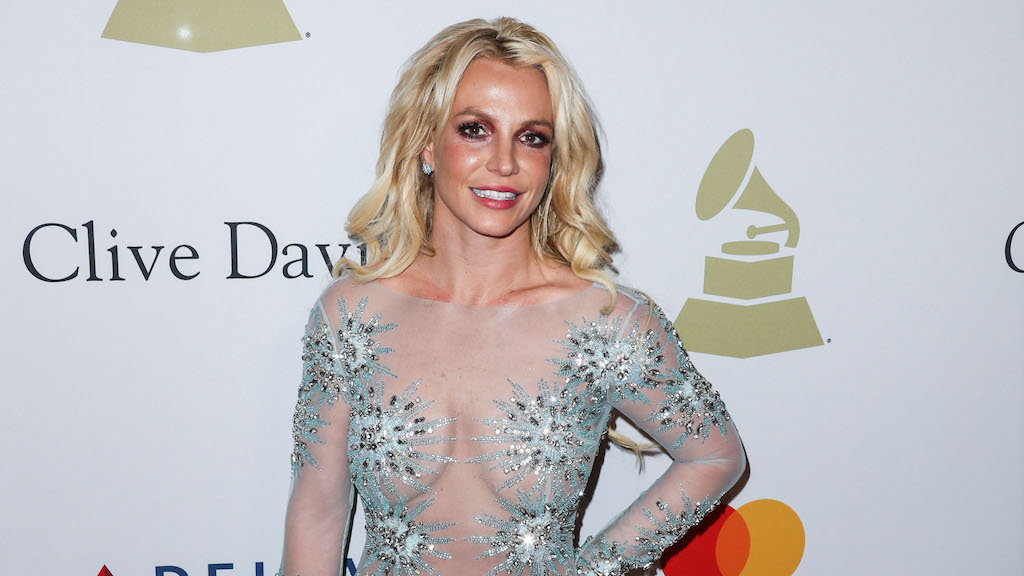 Britney Spears shows off some eye-catching footwear that deserves some attention in her latest post on Instagram.

The “Toxic” singer shared a video yesterday that showed her wearing a relaxed outfit. In the caption, the “Piece of Me” singer wrote, “Me after my fever 🤒 … I’m definitely better !!!! These boots 👢 are made for walking … that’s just they’ll do … one of these days these boots are gonna walk all over you 💋💋💋🤷🏼‍♀️🤷🏼‍♀️🤷🏼‍♀️ !!!!!” Her fiance, Sam Asghari, also shared a photo on Instagram that gave a closer look at the boots, though she’s in a different top.

For the ensemble, Spears donned a long-sleeve white blouse that featured a red floral print, a plunging neckline and ruffles. She paired it with white denim cutoff shorts, which have become a staple within the musician’s clothing repertoire. Spears accessorized with a black choker and a dainty silver necklace.

When it came down to the shoes, Spears opted for a pair of red knee-high boots that perfectly coordinated with her outfit while also elevating the moment. The boots incorporated a chunky block heel that helps with security and function.

Spears has an edgy, relaxed sartorial aesthetic that’s just as trendy as her tastes were during the early 2000s. Throughout her Instagram feed are pictures of her wearing loose tops, slouchy denim cutoffs, intricate bikinis, slinky dresses, functional activewear that helps her execute her vision and style. Shoe-wise, she has a penchant for boots, sneakers, pumps and sandals.

Spears also ventured into the fashion industry. Back in the early aughts, she was a Candie’s Girl, and launched a line of signature fragrances.

Pop on a pair of red boots for a bold look.