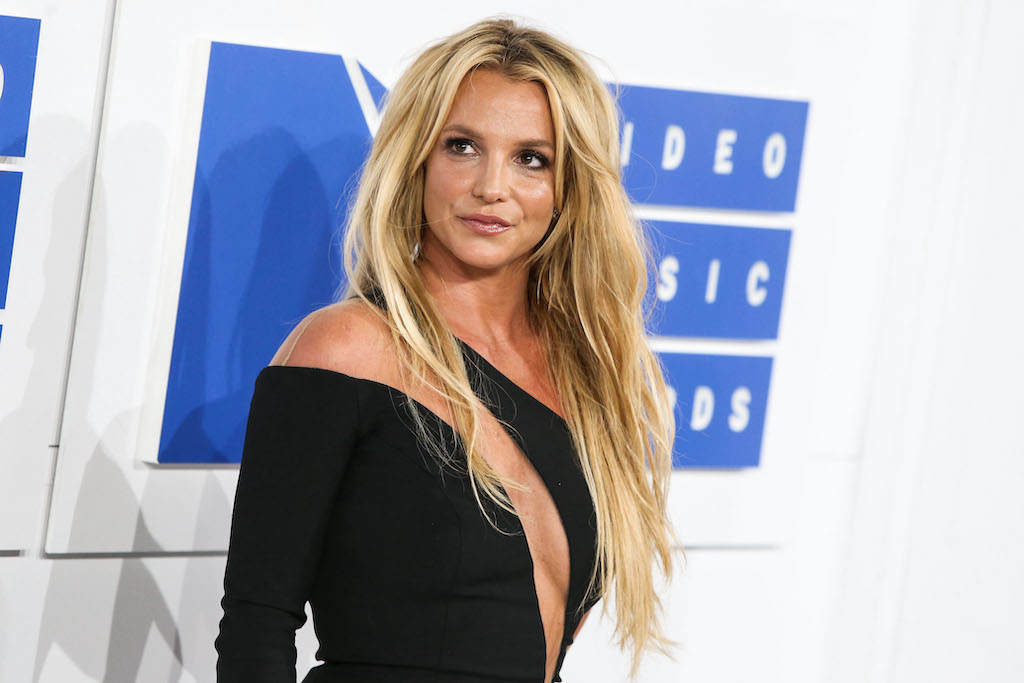 With 1 minute of the post shared by Spears, it received more than 5,000 likes. In 20 minutes that number catapulted to more than 100,000. Curiously, just moments earlier, she shared the carousel of their encounter and quickly deleted it after it received nearly 200 likes within just 18 seconds.

“Look who came to visit … these 2 bad bitches are up to no good,” Spears captioned the post. Versace is seen posing in between the pop star and her fiance Sam Asghari. “It was so nice to see you again,” Versace responded on her own account.

Versace suited up in a vibrant look — a hot pink blazer with matching trousers and a neon green top. Spears wore a top with voluminous sleeves, short shorts and brown pumps. Spears made a quick change into another top seen in different image within the photoset.

It should come as no surprise that the fashion icon and music icon had their meeting. Last November, Spears announced on Instagram that she was designing her wedding dress. “Donatella Versace is making my dress as we speak 🤫 …. Have a good night folks 🌙💖✨ !!!!” Spears told fans.

Last May on Instagram, Versace reflected on her last encounter with Spears — in the early aughts. “This is flashback is from when she came to my show in 2002, looking glamorous in Versace,” the designer captioned the post. “I’ll never forget when you came and stayed with me Britney, you were and will always be magical!!!!” she added.

Earlier today spears proved the versatility of pumps and boots in an Instagram video. She’s seen modeling four outfits while also clinging to her new dog.

For the first look, Spears wore a red off-the-shoulder minidress that had a plunging neckline and long sleeves. The garment was made out of a sparkly red fabric and was paired with her favorite brown pointed-toe suede pumps.

The hitmaker then showed how to transition the shoes for a more toned-down appearance when she changed into a white lacy crop top with sleeves that came down her elbow. On the lower half, she wore dark-wash jeans that added a nice contrast.

And for the next one, Spears went with a pink sequined long-sleeve sequined minidress with black round-toe booties that had a height of approximately 3 inches and a platform sole.

Finally, she complemented the boots with a white blazer worn as a dress.