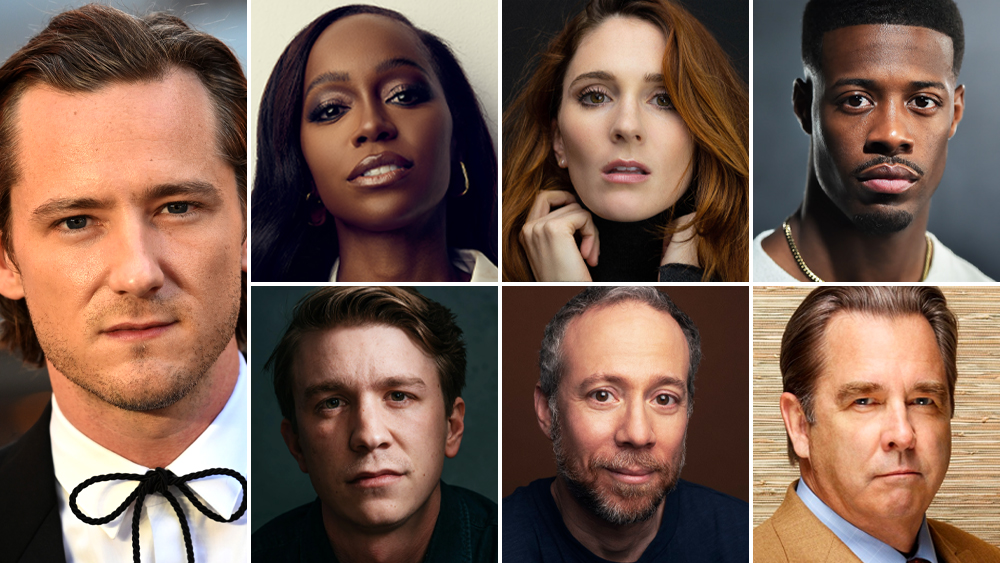 Apple TV+ has rounded out the ensemble cast for Lessons In Chemistry as production begins on the drama series, starring and executive produced by Oscar winner Brie Larson. Based on the best-selling debut novel by Bonnie Garmus, Lessons in Chemistry hails from Unbelievable co-creator Susannah Grant and Aggregate Films. It will premiere globally on Apple TV+ in 2023. The streamer also released two first-look images below.

Joining Larson in the cast are Lewis Pullman (Top Gun: Maverick) as Calvin; Aja Naomi King (How to Get Away with Murder) as Harriet Slone; Stephanie Koenig (The Flight Attendant) as Fran Frask; Patrick Walker (Gaslit) as Wakely; Thomas Mann (Winning Time: The Rise of the Lakers Dynasty) as Boryweitz; Kevin Sussman (The Big Bang Theory) as Walter and Beau Bridges (Acting: The First Six Lessons) as Wilson.

Set in the early 1960s, Lessons in Chemistry follows Elizabeth Zott (Larson), whose dream of being a scientist is put on hold in a society deeming that women belong in the domestic sphere, not the professional one. When Elizabeth finds herself pregnant, alone and fired from her lab, she musters the ingenuity only a single mother has. She accepts a job as a host on a TV cooking show, and sets out to teach a nation of overlooked housewives — and the men who are suddenly listening — a lot more than recipes … all the while craving a return to her true love: science.

Grant is writing and executive producing. Jason Bateman and Michael Costigan also exec produce through their Aggregate Films. Apple Studios is the studio.