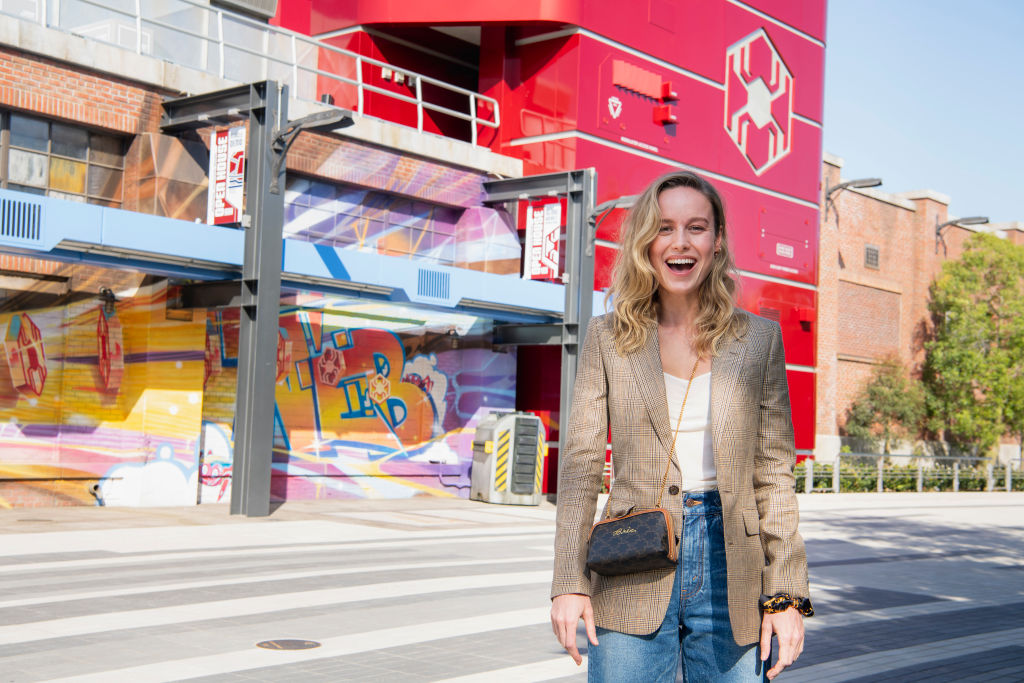 Oscar-winning actress Brie Larson‘s latest project is different than the blockbuster fare in which we usually see her. Instead of wearing the superhero gear required to play Captain Marvel in front of the camera, she got behind the lens to create, as well as produce and direct episodes, of the new Disney+ docuseries Growing Up.

“It really has to do with my own sense of feeling completely unlovable and shameful about who I am as an individual. That’s what fueled all this,” Larson tells Yahoo Entertainment. “Because I realized that because I was living with shame about who I was and fears about who I was, that that meant I needed to talk about it. And I started having conversations with friends and family and realized that everybody that I spoke to was living with some thing or maybe multiple things inside of them that they thought was shameful, and 100 percent of the time, there was nothing to be ashamed of.”

Larson realized it was time for a larger conversation, and she noted that the shame comes in for everybody at around the same point.

“There is this transitional period in coming of age where… we almost become just self-aware. And we go from being a kid who’s so free to suddenly thinking, ‘Oh, that person doesn’t like that. I should hide that. I should hate that about myself,’ Larson says. “And what happens if we just get back to love? And say, ‘This is what I’ve learned, and just because I went though this doesn’t mean somebody else has to.'”

The Room star’s show profiles 11 young people — one in each of the 10 episodes, although one follows two friends — coming of age, and all the struggles and triumphs that entails. They’re dealing with being accepted or not by their peers for being different, because they’re Black or disabled or gay or homeless, or simply don’t fit into the box of what society tells them they should be. We see them rise above their circumstances to become, as Larson calls them, heroes.

Here, Larson, addresses the assembled group as they film:

Each of the episodes is directed by a different person or persons, including one helmed by Yara Shahidi, whom audiences know from Black-ish and her character’s spinoff of that show, Grown-ish.

“I just kinda want to shout out how special the environment was,” Shahidi tells Yahoo Entertainment. “Honestly, it was a first-of-its-kind experience for me to be on a set that was so truly diverse in every, I don’t know, version of the word, that truly prioritized creating a safe space because, you know, every hero was trusting us with their story, with information that they didn’t have to give us by any means. And so, I think, it gave me hope as a young person that’s been on both sides of the camera in regard to, of the power of what really thoughtful and intentional media can do.”

Now 22, Shahidi is a former child star who had to experience most of her coming of age in public. She understood what the show was about, the difficulty in finding your place in the world.

“I’ve been grateful for that, for the most part. I haven’t had absolutely absurd experiences within this industry. And I felt very protected by the presence of my parents and other people,” Shahidi says, “but I do have to say that, as a young woman, as a young Black girl, I know I’ve done many moments where I’ve had interviews or I’ve opened myself up and suddenly they jumped to the conclusion that, if I use too many big words, I’m a politician or I’m afraid to open up, or I’m protecting something. I remember there being a moment where I felt like I was being really authentic and I kept seeing these things, and I was like, how did you land here? How did you put your own stuff on my story?”

Those kind of experiences were going through her mind as she directed the episode about Sofia Ongele, a Black teen with immigrant parents who often feels out of place as she studies math and science. For Shahidi, it was helpful that she’d been misunderstood, too.

“It allowed me as a director to realize the dangers of doing that, of, like, my job is not to put my own stuff on Sofia’s story,” Shahidi says. “There are naturally parallels in our story, naturally moments that reminded myself of my own growing up experience, and where I am even now in my moments, but I’m grateful because, every even mediocre experience, I think, allowed me to be a more intentional director.”

Ongele approves of her episode, although she wasn’t sure that would be the case. She liked the way that all the young people featured in Growing Up are shown talking as a group in each of the episodes.

This clip from Ongele’s episode depicts her feelings of being an imposter:

“At first I was really scared about it,” says Ongele, who’s often the only person who looks like her in classrooms and other spaces. “But… at our round table, it was a very, like, cathartic experience in that we realized together that the experiences we had are not in isolation, not anomalies. They’re very normal, and it’s just a matter of letting that go and talking about it to make us feel comfortable with it.”