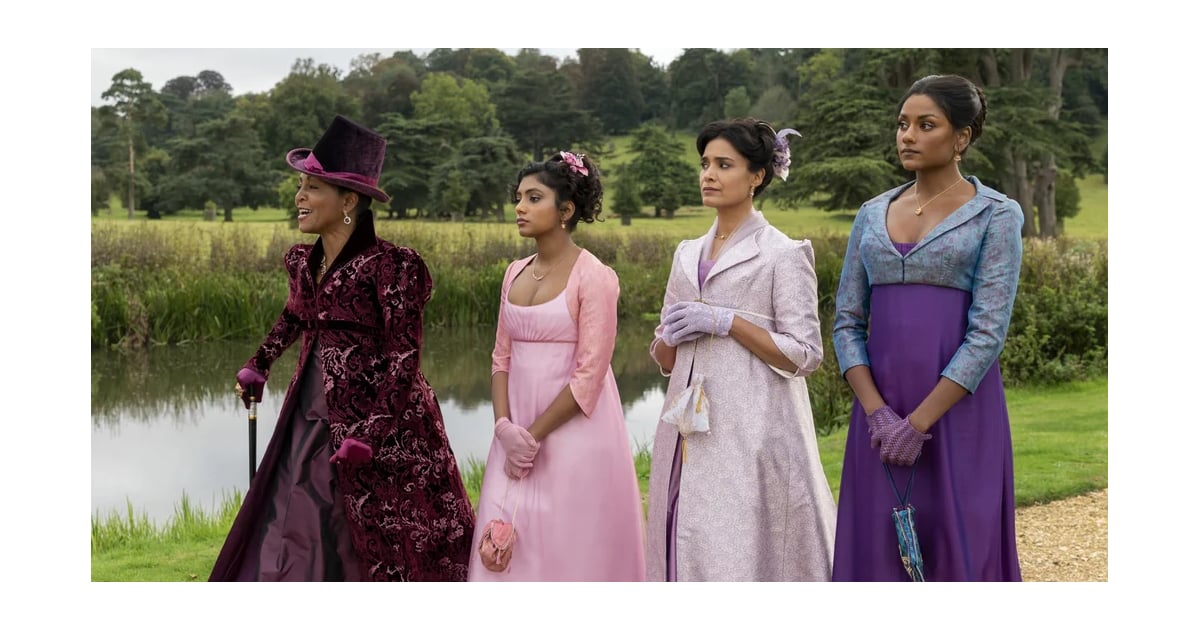 Regency-era romance saga “Bridgerton” took off immediately when it debuted on Netflix on Christmas Day 2020. With its grand galas and salacious sex scenes, no one could escape the hold of “Bridgerton” fever.

For fashion lovers in particular, it was the dazzling costumes, with their romantic silhouettes and ornate accessories, that stole the show.

“We had this amazing foundation from season one,” lead costume designer Sophie Canale, who worked under costume leads Ellen Mirojnick and John Glaser for the show’s first season, tells POPSUGAR. “But I really wanted to individualize every character this season, like really push them in their different directions.”

There is, for instance, a “real distinction” between the Bridgerton brothers this season, Canale notes. “I think in the way their color palettes are and also how Benedict is on his artistic journey,” she says, referring to the second-eldest Bridgerton son, who seeks a less traditional life than his brothers and goes off to art school in the second season. “He’s quite distinctive in his color palette and also the choice of fabrics for his waistcoats, which were different from the [other] men’s costumes.”

The most buzzed-about addition to the “Bridgerton” universe is the Sharma family. “The Sharmas are bringing in a new color palette, but it was also [important to] make sure that everyone else who sits in the same room as them doesn’t look jarring with the colors chosen,” Canale says.

Even the color shades had meaning. Anthony Bridgerton’s (Jonathan Bailey) blue palette started out darker and lightened as he became closer to the woman who would ultimately become his wife. His journey up the color wheel was a nod to that romantic ending. “With Anthony, he’s in very dark colors,” Canale says. “We see, as [he and Kate Sharma] move along together, he becomes lighter and lighter and uses the teals to transition between the two characters.”

In total, the costume department produced 700 looks for the main cast, which was in line with what they’d created for the first season. According to Canale, that works out to making about 160 costumes every six weeks.

What helps the endeavor feel less insurmountable is having a dedicated team of four assistant designers and cast members who don’t mind multiple fittings. Typically, the female cast members had four fittings per dress.

“You don’t sleep very much,” Canale says. “It’s quick decision-making. It was a military operation: everyone knew which dates everything was ready for. The jewelry team would then have a copy of the fabric, a copy of a design. It’s having very talented and skilled people that can work very quickly.”

Ahead, Canale walks POPSUGAR through the Sharma sisters’ style, the sartorial evolution of Kate and Anthony, the story behind the Bridgerton wedding-ring heirloom, and more.