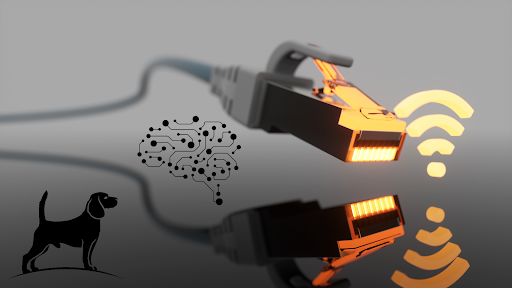 About five years ago, Gilberto Mayor – a former senior executive of Claro, one of Latin America’s largest broadband and cable TV providers – had an epiphany. When his internet connectivity was too sub-par for him to work, he called his ISP to inquire about the recurring quality problem. They could not give him a reason for it. He set out on a mission to fix this by founding his software startup alongside Beegol co-founder Charles Hong, who worked with one of the world’s largest makers of operator-grade cable modems that the industry spends billions of dollars on to bring high-quality internet connectivity into our homes, which have transformed into our offices for many of us.

Beegol, which translates from Portuguese into English to beagle (the hunting dog), sniffs out problems across the entire broadband network loop – including loose cable connections or modems in need of rebooting in customers’ homes, issues with local transport of signals into neighborhoods (called “massive problems” for sets of customers in the same zip codes), or an issue that ties back to the massive data centers that feed digital content into our living rooms.

Last week, Beegol announced an important next step in its quest to put its pioneering data science R&D to good use by making broadband internet quality better for the masses— so customers no longer need to call customer support to complain about it. Beegol is now integrated into RDK, open source software from a cable TV and broadband internet industry consortium that collaborates to enable operators to manage their devices, quickly customize their UIs and apps, and provide data analytics to improve customer experience and drive better business results for the industry at large.

RDK’s software essentially provides an operating system for cable modems and video devices that power the connectivity or Wi-Fi in many of our homes and small offices around the world. More than 120 million internet users globally benefit from RDK, and now Beegol can be turned on over the air to help detect network issues, diagnose them, and geo-locate them in just a matter of seconds. In fact, Beegol’s technology can even self-heal broadband networks without the need for any human intervention for some of the most common problems. This is a godsend for operators that have struggled with this issue for two decades.

With the arrival of Beegol, maintenance teams will know exactly where the problem lies before they start working on a service or trouble ticket. They can use Beegol’s intelligence to proactively update customers via an ISP’s app, and it can reduce expensive maintenance visits to customer’s homes (known as truck rolls) that are completely unnecessary when Beegol is on the prowl.

Beegol, which employs dozens of AI experts, software coders, and data scientists in Brazil, recently closed a seed-funding round with Indicator Capital, a São Paulo-based VC firm that specializes in IoT startups. In recent years, Brazil has emerged as a world-class AI innovation hub, according to Bruno Henriques, VP of Growth and AI at iFood, Latin America’s largest foodtech and online delivery company. In a market analysis, he noted AI will contribute about one full percentage point of GDP across Latin America by 2035, per a forecast from Accenture.

Grit Daily recently sat down with the co-founders of Beegol to learn more about the data science and software innovation that promises to reduce frustration and create a better quality of experience for billions of internet users around the world as RDK adoption continues to rise.

Grit Daily: Cable TV providers consistently rank poorly for customer service. While that is not all related to tech support, will the Beegol integration with RDK help to improve the customer experience?

Gilberto Mayor: When there is an outage, or in other words you have no internet connection, it’s easy to realize this – but it’s a much more difficult challenge to figure out if the problem is inside a customer’s home or outside of it. Most users and a majority of operators can spend hours trying to figure out if it’s the Wi-Fi, the broadband internet service, an issue somewhere along the transport network, or a problem or outage in a data center that has disrupted streaming content.

This is why it’s so important for operators to have machine learning and diagnostics built into their systems so they can understand the root causes of either full outages or intermittent quality issues that can drive us all crazy. Operators have long struggled with the three Ws: What’s the problem, when does it happen, and where does it happen? These three things are really critical to understand but have been extremely difficult to address until Beegol arrived on the scene.

Charles Hong: Because Beegol is already pre-integrated with the highly sophisticated computer chips used in the  majority of  today’s  modems, which have evolved to become quite powerful machines, our firmware is centralized in the brains of the broadband networks and in people’s homes. When we say we have end-to-end visibility, that’s because we see everything that is connected and how the data is flowing, from the network operating center, the fiber nodes or cable CMTS (cable modem termination system), the connection from the street to the home, and the devices connected in the home or office. We already know the diagnostics of the modem itself, the download and upload speeds, and whether the modem is healthy or running too hot or if there’s memory leakage.

Operators pay a dear price to develop or acquire these broadband modems, and more importantly to install and service them for customers. We envision a day when Beegol enables seamless self-installation of customer premise equipment (or CPEs) by determining if the install was successful and issuing a “birth certificate.” But more importantly, we see a future where there are nearly zero calls to the operator due to technical issues.

GD: I am fascinated by the idea of “self-healing networks” but how is that accomplished?

CH: With Beegol onboard, operators can now start to deliver on the promise of self-healing networks – ones that can automatically detect and triage problems. Our use of telemetry is very different because first and foremost, it is fully programmable and allows machine learning to zoom in on a specific area where issues may be happening and then determine if Beegol needs to look deeper into the issue by running more frequent analytics until the problem is found.

Once found, Beegol can self-heal issues such as Wi-Fi interference, channel or modem reset, or other automated fixes. There are no limits to what kind of issues can be detected and resolved – either in the physical network, transport, or application network environments. Beegol works closely with ISPs to craft self-healing responses to those problems.

GM: Now that Beegol is integrated with RDK, the firmware that operators use to control and update modems’ software, much like iOS or Android does for today’s smartphones – ISPs have the ability to detect, diagnose, and geo-locate network performance problems in mere seconds. We’re pre-baked into the chipset and hologated and tested over millions of devices.

All operators need to do is activate Beegol over the air, so it makes it drop-dead simple to engage with us. The first real application of our data analysis via machine learning that’s made possible by sophisticated use of advanced telemetry to solve operators’ biggest challenge. Our approach is geared toward triaging and avoiding issues in the first place, so internet customers don’t even need to complain to their ISPs about bad internet service.

GD: Is the Beegol telemetry agent expected to detect problems before they become apparent to end users?

GM: Yes, with Beegol activated, the firmware helps self-correct performance issues before internet users even notice them. For example, Beegol can sense that there’s a loose connection from network cable to the modem or a computer that needs to be tightened, or if a modem simply needs to be reset automatically to improve performance. And as different use cases crop up that need solving via Beegol’s machine learning and telemetry, our software team can continue updating based on the operators’ insights using RDK with new customized tools to detect problems before they become apparent to end users of the ISP’s services.

GD: How will this change the role of tech support staff? Do they have a future?

CH: With Beegol, tech-support staff have a new tool to help them do their jobs better and faster – which will lead to less customer frustration and churn for operators. Poor customer service is a top reason why a majority of people switch brands, with one recent study citing it as the #1 reason they switched. Customers are deciding whether to stay or go based on getting their issues resolved, the amount of hold time, and not having to be transferred to multiple agents. Beegol addresses all three of the main concerns people give for switching to a different provider.

With the blend of human and machine, tech-support workers and customers can now engage together in a more informed, positive, and fruitful way. Beegol drives the quality of experience, satisfaction and marketing opportunities that are vital to the long-term success of operators’ businesses.

GD: What’s coming next for Beegol? How else could your technology be applied?

CH: If we do our jobs right, then millions, if not billions, of people will be positively impacted by this because connectivity, quite frankly, is one of the most important things for society right now.

GM: We released the latest version of Beegol last September, and we have a big line of ISPs we are negotiating contracts with or we’re already running pilots with around the world. As the internet continues to evolve, we see Beegol playing a big role. Imagine, for example, the need for network reliability and quality when it comes to future data-rich content of the Metaverse.

CH: The existing market for us today is more than one billion modems around the world, but this will exponentially expand with the adoption and rollout of more devices connected to 5G and IoT. Our roadmap will include the virtualization of the CMTS (cable modem termination system) environment so operators can extend the life of their legacy systems as they introduce infrastructures that mix cable and new fiber pathways.

GM:  A major telecom  company in Brazil has already asked to integrate Beegol into their 5G device as it will play a key role in monitoring and measuring latency for 5G networks. Beegol is developing solutions for the quality of experience at the application level – such as how reliable and smooth the experience is for subscribers to Over The Top (OTT) streaming video services such as Amazon, Netflix, and Roku. Beyond the ISP sector, we are seeing growth in other relevant areas, such as energy, where Beegol has been working with one of the largest Brazilian utilities companies to bring intelligent diagnostics to its power meter grid.