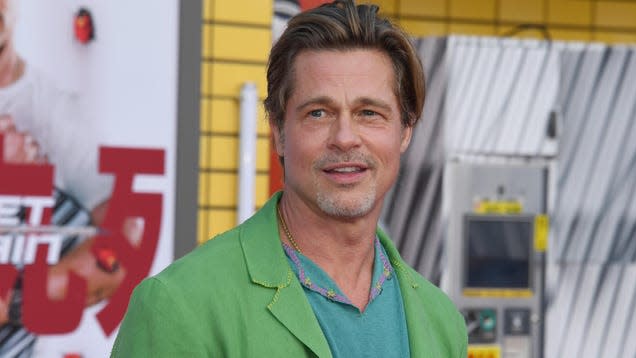 Dodging assassins on a fast-moving bullet train may come easy to Oscar-winner Brad Pitt, but lawsuits? Not so much! Per Page Six, the Bullet Train star and his Make It Right Foundation have reached a $20.5 million settlement after being sued in 2018 by New Orleans homeowners for the shoddy homes they constructed post-Hurricane Katrina.

According to The Times-Picayune/The New Orleans Advocate, while only six of the 107 homeowners are named in the settlement, all those who may choose to receive compensation for repairs will be eligible for up to $25,000 each. While the settlement still requires approval from a judge, the bill is being footed by Global Green, an environmental non-profit.

“I am incredibly grateful for Global Green’s willingness to step up and provide this important support for the Lower Ninth families,” said Pitt in a statement. “We collaborated in the early days post-Katrina and we are very fortunate to have Global Green’s generous continuing commitment to help address the challenges around these homes and others in need. Hopefully this agreement will allow everyone to look ahead to other opportunities to continue to strengthen this proud community in the future.”

The geometric, structurally-challenged houses of Pitt’s Make It Right Foundation trace their history back to two years after Katrina, when plans for the construction were announced. According to The Washington Post, the goal was for residents of the devastated Lower Ninth Ward to have energy-efficient and durable homes against the Louisiana weather, made for an average price of $150,000. While initially the program was deemed a success, reports from residents of leaking roofs, mold, and electrical fires caused the city of New Orleans to develop sour feelings towards the project.

Initially, Pitt had petitioned to be taken off of the suit due to him feeling that he wasn’t responsible for the physical construction of the project, but the request was ultimately denied.