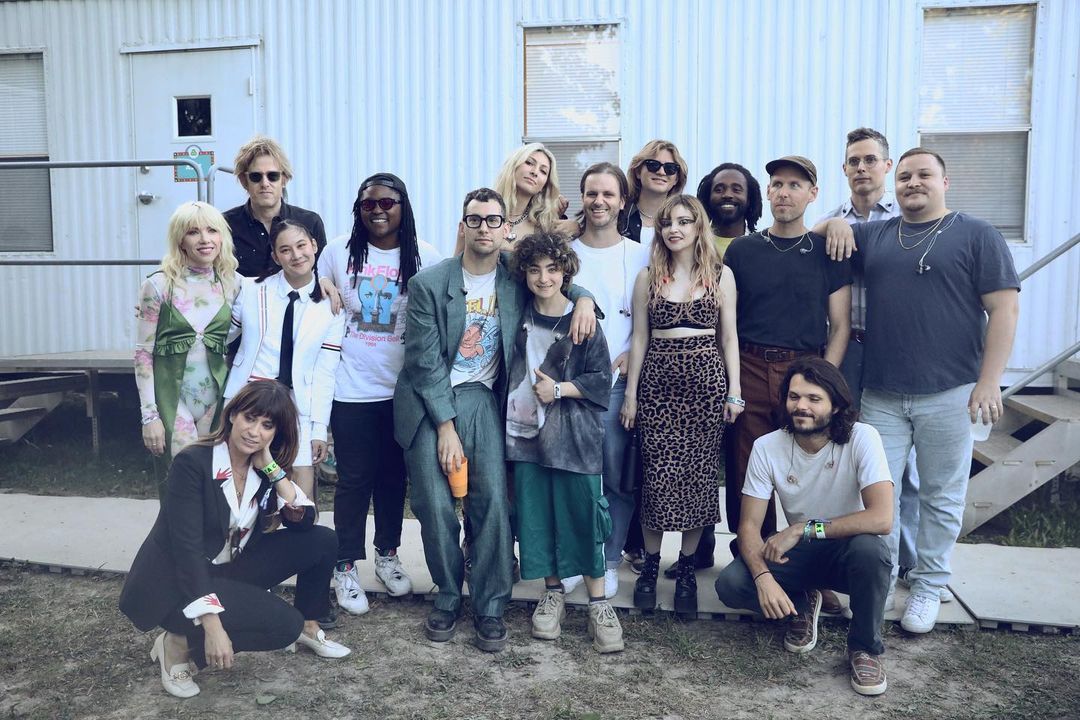 Jack Antonoff spearheaded this year’s Bonnaroo Superjam, and he chose to dedicate the set to hit songs from his birth year of 1984. On hand to celebrate were Japanese Breakfast, Carly Rae Jepsen, Chvrches’ Lauren Mayberry, Spoon’s Britt Daniel, and more. Michelle Zauner covered Nena’s “99 Luftballons” on her own and Kenny Rogers & Dolly Parton’s Bee Gees-penned track “Islands In The Stream” with Antonoff. Jepsen broke out her cover of Cyndi Lauper’s “Time After Time” and debuted one of Tina Turner’s “What’s Love Got To Do With It.” Mayberry showed up toward the beginning of the set to do two Madonna tracks: “Like A Virgin” and “Material Girl.” Britt Daniel sang Bruce Springsteen’s “I’m Goin’ Down” and Echo & The Bunnymen’s “The Killing Moon.”

Other participants included Goose’s Rick Mitarotonda, who covered Talk Talk and a-ha; Nicole Atkins, who did the Smiths’ “What Difference Does It Make?”; Joy Oladokun, who covered Phil Collins’ “Against All Odds”; Claud, who opened the set with Van Halen’s “Jump”; and Blu DeTiger, who sang Prince’s “When Doves Cry.” Antonoff also did Dead Or Alive’s “You Spin Me Round” on his own.

Videos of most of those performances haven’t made their way online yet, but you can check out the ones that have below — and you can take a look at the setlist.