Nine months after his sudden death, Bob Saget’s grave has finally received a headstone with a touching epitaph.﻿

The new headstone, placed on Saget’s grave in Mount Sinai Memorial Park Cemetery in Los Angeles, pays tribute to the Full House actor who died of a head injury in January. He was 65.

It ends: “He brought people together and made them laugh. A very great man.”

Saget was found dead in his hotel room at the Ritz-Carlton Hotel in Orlando on January 9, after just performing a stand-up show in the city.

His family later revealed that his cause of death was head trauma, due to suffering a bad fall﻿ and hitting the back of his head. His autopsy report revealed that Saget suffered fractures on the back, front and right side of his skull.

“The injury would likely have left him confused, if not unconscious,” Dr. Jeffrey Bazarian, an emergency physician and concussion expert at the University of Rochester Medical Center tol the New York Times at the time.

“I doubt he was lucid,” Dr. Bazarian added. “And I doubt he thought, ‘I’m just going to sleep this off.'”

Saget was most known for playing America’s beloved television dad Danny Tanner on Full House until 1995, before reprising the role for the reboot Fuller House in 2016.

He is also well-known as the narrator in the series How I Met Your Mother and for hosting America’s Funniest Home Videos from 1989 to 1997.

He left behind his wife, Kelly Rizzo, who he married in 2018, and his three adult children, Aubrey, ﻿Jennifer and Lara, who he shared with his first wife, Sharri Kramer. 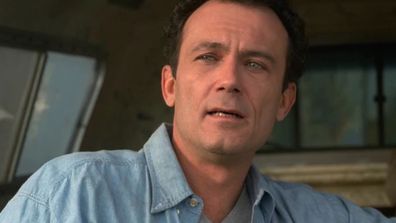