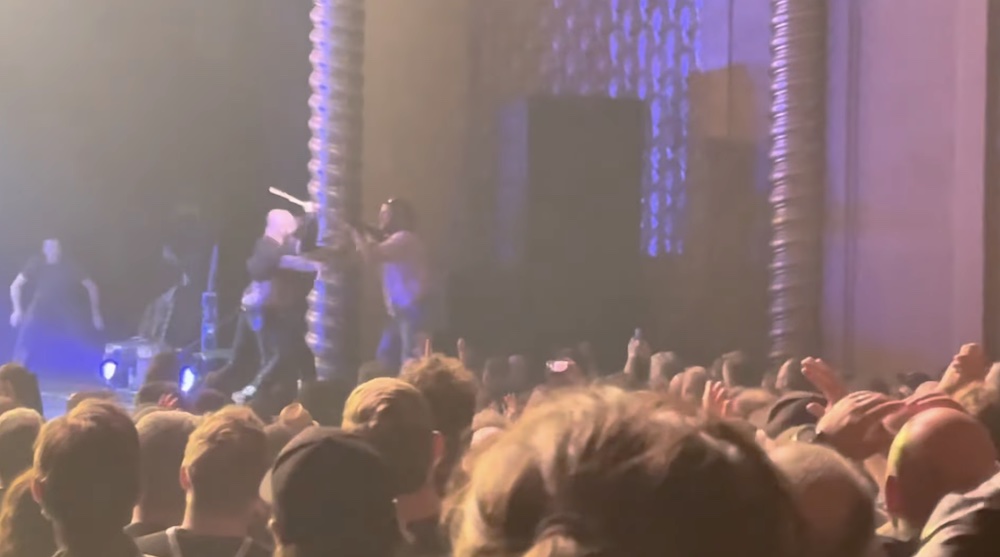 At their show in Melbourne over the weekend, Black Crowes dealt with a stagecrasher by ejecting him with a guitar to the face. Video from the concert shows security running after a guy who made his way up onto the stage, first running past leader Chris Robinson before getting into a tussle with the guard at the edge of the stage, where guitarist Rich was ready with said guitar.

Everyone ran over to yell at him and push him off. “Hey, you throw that motherfucker out, right… get the fuck out of here,” Robinson said as the stagecrasher was escorted out of the audience. After a brief pause to get their bearings, the show went on.

There have been a whole lot of stagecrashing incidents this year, including at shows by Rage Against The Machine, Thundercat, Lil Baby, and Roddy Ricch.