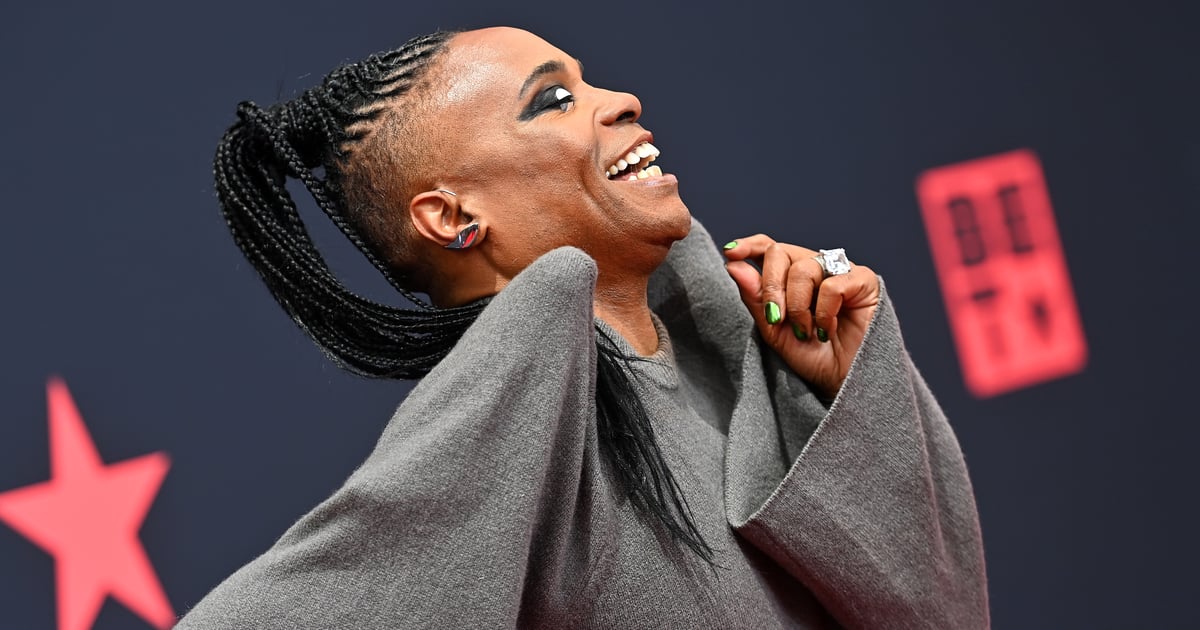 Billy Porter brought the avant-garde to the BET Awards. The actor attended at the June 26 award show in Los Angeles wearing quite the statement-making Rick Owens outfit consisting of a grey crewneck knit top with bell sleeves and sharp pointed shoulders, paired with a matching skirt featuring a train and vertical seams. Porter completed the look with platform boots that have lucite heels and a grill detail at the toe, also by Owens.

Porter has become known for his dramatic style. There was the all-gold “Sun God” outfit by The Blonds he wore to the 2019 Met Gala, and the blue Botter suit and umbrella hat he wore to the latest American Music Awards. Porter also inspired many memes when he appeared at the 2020 Grammy Awards in a Baja East hat with a mechanical fringe, which he would later reveal was inspired by a Gucci veil Billie Eilish had previously worn to an award show.

Porter has been very open about experimenting with different silhouettes and challenging traditional gender expectations. He told Stephen Colbert on “The Late Show” in 2019, “We’ve moved beyond the idea that women wearing pants is a problem — thank you Katharine Hepburn. Women wearing pants is powerful, it’s strong, everybody accepts it, and it’s associated with the patriarchy. It’s associated with being male. The minute a man puts on a dress it’s disgusting.” Porter added, “I’m not doing that anymore. I’m done with that. I’m a man in a dress, and if I feel like wearing a dress, I’m going to wear one.”