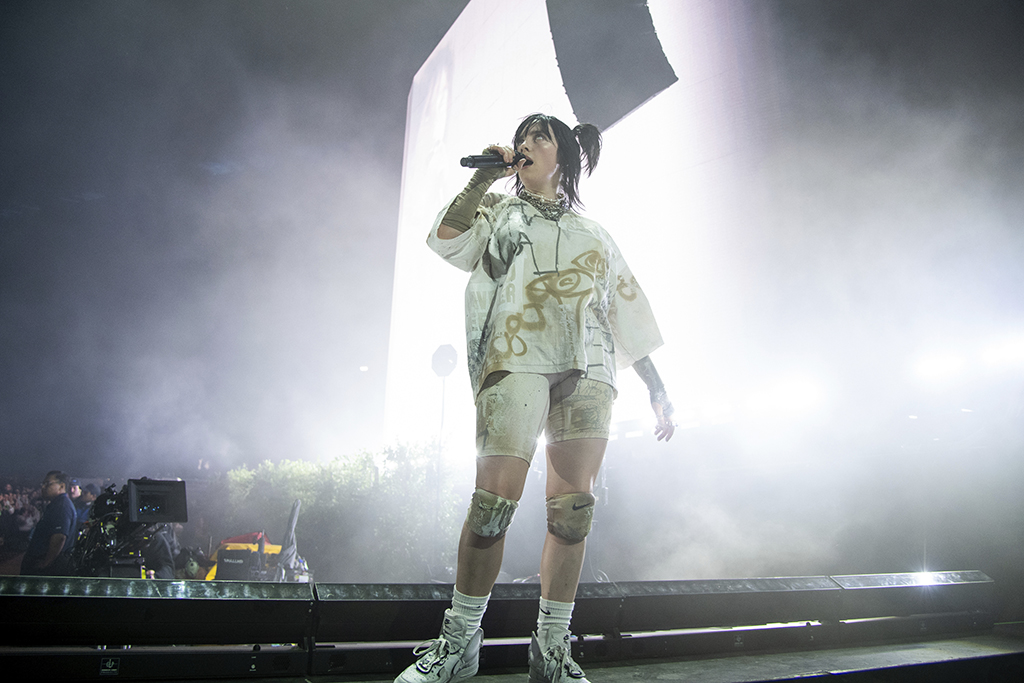 Hitmaker Billie Eilish made history Saturday night when she hit the Coachella stage, becoming the music festival’s youngest headliner — and she had a high-heat Nike collaboration on her feet for the performance.

Eilish, 20, took the Coachella stage in Indio, Calif., wearing a pair of the PSNY x Nike Air Force 1s in white. With this collaboration, according to Nike, Dao-Yi Chow and Maxwell Osborne of Public School created a look after four hours of stapling and gluing that combined pieces of a white Low, Mid and High versions of the iconic sneaker.

This PSNY x Nike Air Force 1, which was created in celebration of the silhouette’s 35th anniversary, arrived in September 2018.

Although not available at retail, there are several pairs on the resale market now. On StockX, for example, the prices range from $190 to $1,000, depending on size. And on GOAT, the sneakers will cost you anywhere from $175 to $750.

For her latest collaboration, Eilish and Nike teamed up to create the Air Force 1 “Mushroom.” The look is executed with monochromatic light brown uppers that is constructed with a synthetic nubuck material constructed from recycled content. It also features five straps at the midfoot in addition to the traditional lacing setup, a Nike Grind midsoles made using repurposed materials and rubber outsoles.

The Billie Eilish x Nike Air Force 1 “Mushroom” will drop on Store.billieeilish.com on April 24 and the SNKRS app on April 25. It will retail for $170.