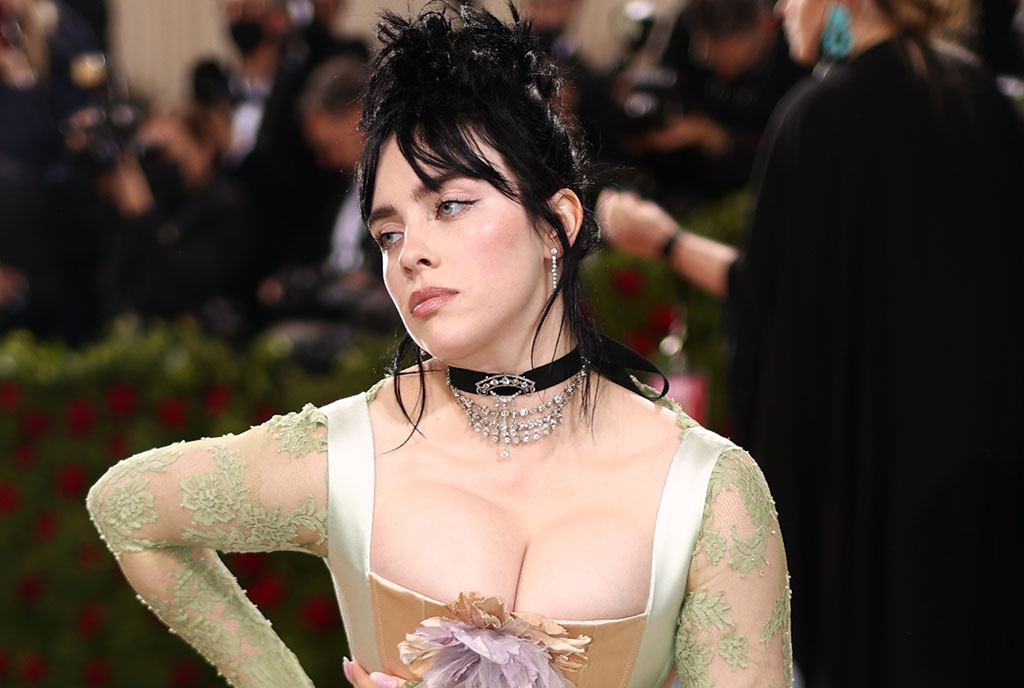 The only person who wouldn’t be intimidated by Billie Eilish’s impressive 2021 Met Gala look is, well, Billie Eilish.

For the 2022 gala tonight, Eilish wore a custom Gucci gown designed by Alessandro Michele and made entirely of upcycled materials. The event, which is held at the Metropolitan Museum of Art in NYC, raises funds for the costume institute’s exhibits.

The ivory satin dress featured seafoam green down the sides of the bodice and matching embroidery down the length of the translucent mesh sleeves. The bodice features a lavender and beige flower corsage at the center, as well as visible clasps down the center. At the waist, the skirt gathers in the center allowing it to perfectly cascade around the hips. The back of the gown has a padded bustle and a train that features a cascading floral arrangement.

In the spirit of sustainability, Eilish paired the dress with beige platform heels made of vegan materials. For jewelry, she opted for a diamond choker as well as a black ribbon-style choker — both of which were perfectly displayed thanks to her opulent up-do.

This dress calls on the old Hollywood glamour of last year’s ensemble, which was an Oscar de la Renta gown with 15-foot-long train.