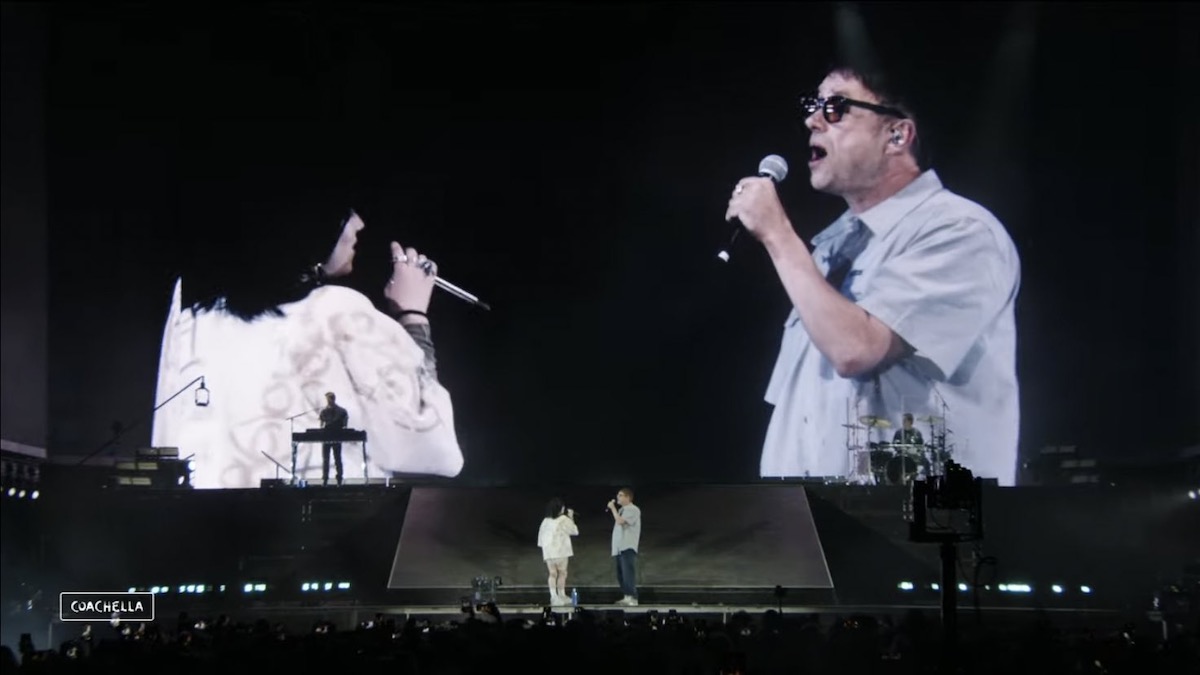 Albarn initially joined Eilish on stage to lend vocals to “Getting Older,” from Eilish’s sophomore album, Happier Than Ever. The two, along with De La Soul’s Posdnuos, then launched into a rousing version of “Feel Good Inc.”

Eilish’s Coachella set spanned a total of 25 songs, pulling from both her debut album, WHEN WE ALL FALL ASLEEP, WHERE DO WE GO?, and her sophomore follow-up, Happier Than Ever. The evening’s other surprise guest was Khalid, who joined Eilish to perform their duet, “lovely.”

“I should not be headlining this shit, but I’m so fucking grateful to be here,” Eilish told the crowd at one point. Later, as she concluded her set, she quipped, “I’m sorry I’m not Beyoncé.”

Watch footage of Eilish’s Coachella performance and see the full setlist below.

Setlist:
bury a friend
I Didn’t Change My Number
NDA
Therefore I Am
my strange addiction
idontwannabeyouanymore
lovely (with Khalid)
you should see me in a crown
Billie Bossa Nova
GOLDWING
Halley’s Comet
Oxytocin
ilomilo
i love you
Your Power
OverHeated
bellyache
ocean eyes
Getting Older (with Damon Albarn)
Feel Good Inc.(Gorillaz cover) (with Damon Albarn and Posdnuos of De La Soul)
when the party’s over
all the good girls go to hell
everything i wanted
bad guy
Happier Than Ever