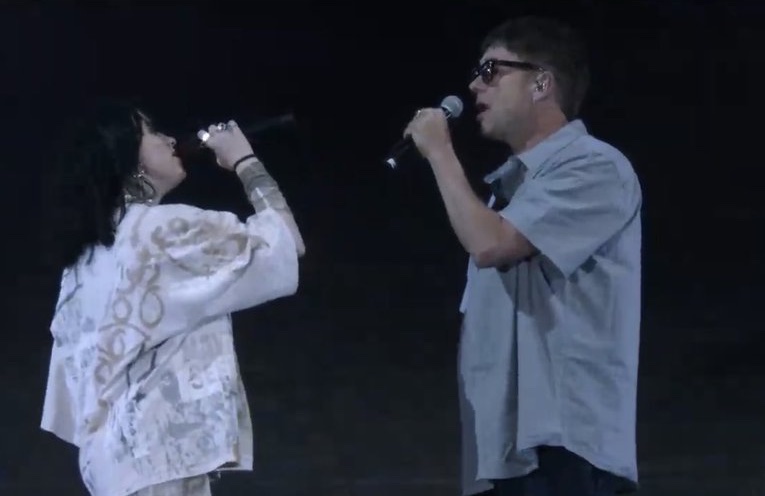 Billie Eilish headlined Coachella on Saturday night, and toward the end of her set she brought out Damon Albarn for a surprise guest appearance. They covered Happier Than Ever‘s “Getting Older,” which Albarn first covered himself a couple months ago, and then brought out De La Soul’s Posdnuos so they could all perform Gorillaz’s 2005 Demon Days hit “Feel Good Inc.” together.

“Shut the fuck up and please give a warm welcome to Gorillaz’s Damon Albarn,” Eilish said while introducing him. “This is the craziest shit I’ve ever experienced. This man changed my life in a lot of ways and changed my complete view of what music could be and what art could be and what creation could be. My first favorite band ever was the Good, The Bad And The Queen when I was six years old, and Blur changed the world and Gorillaz changed the world and this man is literally a genius, and that’s that.”

Earlier this year, Albarn said that Eilish and her brother Finneas were “really interesting songwriter[s]” compared to Taylor Swift, a comment that Swift then responded to by telling him not to discredit her writing.

Eilish also brought out Khalid to perform their collab “Lovely”: