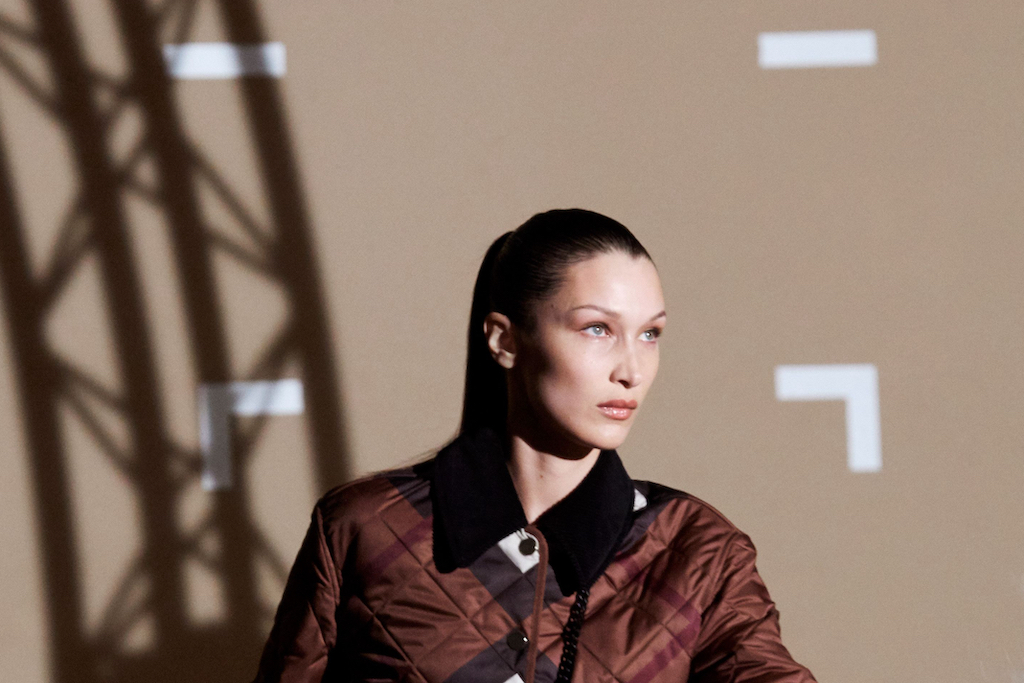 Bella Hadid is one of Burberry’s newest poster stars.

The model appeared in an ad for Burberry’s Lola bag that was revealed today in a chic video posted to Instagram. The campaign showed Hadid and Lourdes Leon (Madonna’s daughter), Jourdan Dunn and Ella Richards on a mechanical horse with the bags.

For Hadid’s outfit, she went with a red quilted jacket that featured a chevron print on the front of the piece that imitated the brand’s signature plaid pattern. It also had a black collar for a nice pop of color. On the lower half, Hadid coordinated with black trousers that tied her look together seamlessly.

In another shot of the campaign, Hadid had on a jumpsuit that was adorned in the same pattern.

Although her shoes got cut off in the first video, the second video revealed she wore a pair of black sandals that unified her ensemble.

Hadid’s clothing aesthetic is both modern and chic. For example, she recently wore a pink off-the-shoulder sweater coordinated with floral-print dark wash bootcut jeans paired with brown leather boots while out and about in New York.

Click through the gallery to see Hadid’s street style evolution.