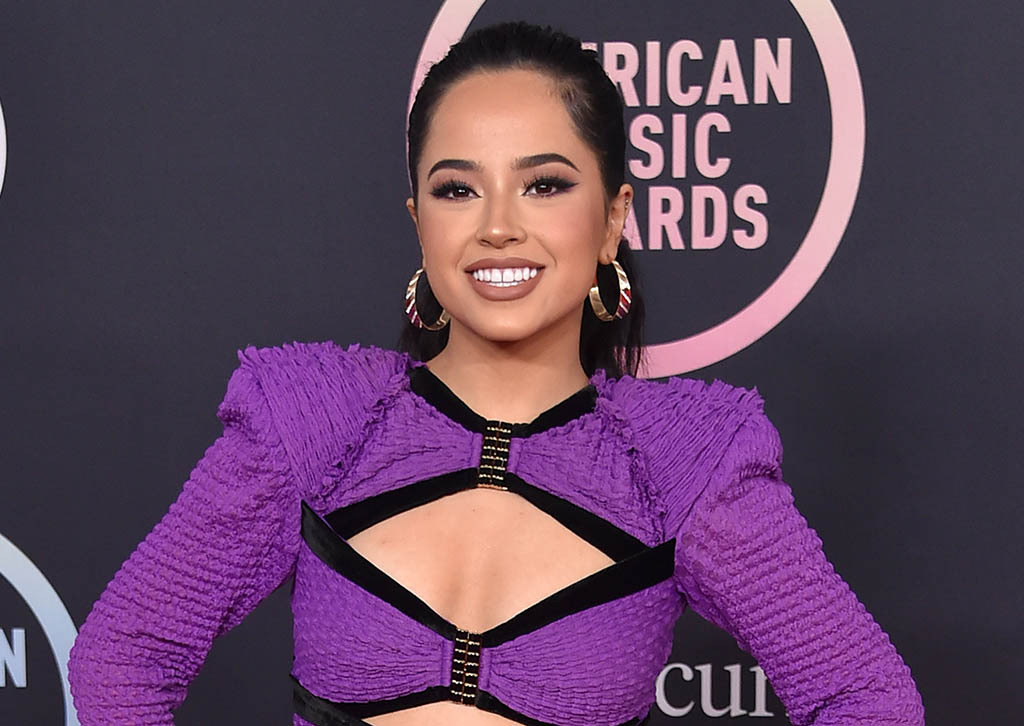 The stars are pulling out all the stops tongith for the 2021 American Music Awards.

Becky G arrived at the star-studded event wearing a purple cutout dress complete with pointy shoulder pads and black clips down the center by Raisa Vanessa. She chose black suede pumps as an apt match to the ensemble.

The “LBD” singer accessorized her retro ensemble with large gold hoop earrings, diamond rings and a pair of black stiletto heels. Opting for neutral makeup, she pulled her long black tresses into a high ponytail.

When it comes to fashion, Becky G knows how to make a statement on and off the red carpet. Whether it’s her grandiose designs or audacious makeup looks, she is never afraid to push boundaries. Along with her burgeoning career, Becky’s style has evolved over the years. From her 2014 hit single “Shower” to the release of her first album, “Mala Santa,” Becky continues to secure her place in the music industry. The “Rotate” singer credits LA and her mother as her style inspirations.

Just last year at the 2020 American Music Awards, she posed for pictures in a long white one shoulder gown by Ralph and Russo. Embezzled with diamonds down the side of the torso, the gown also featured a thigh-high slit. She tied her gorgeous dress together with a pair of white Stuart Weitzman Nudist Hollywood platform heels. The 24-year-old recording artist shinned bright as she accepted the award for Favorite Latin Female Artist.

See more stars on the red carpet at the 2021 American Music Awards.