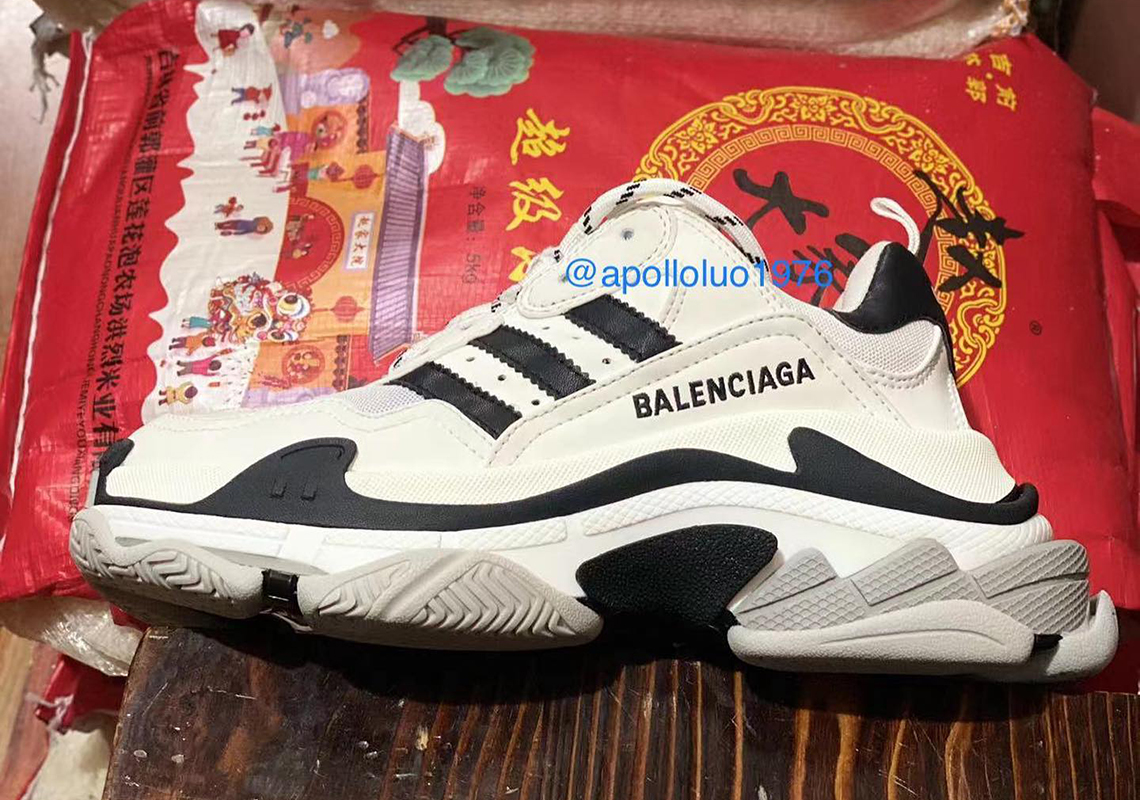 Rumors of a Balenciaga x adidas project have been floating around for some time. Considering Demna Gvasalia is often seen in Ye’s circle, it’s not farfetched to think the beloved designer would work with the German Sportswear brand. What’s more, with Gucci — who previously teamed up with Balenci for “The Hacker Project” — having revealed their own collaborative offerings, it’s clear that the Three Stripes intend to deepen their influence in the world of high fashion.

Thanks to newly surfaced leaks, we’re getting a quick glimpse at the Balenciaga x adidas collection’s core silhouette: a Triple S laden with Three Stripes. The colorway seems to draw inspiration from the beloved Superstar, flaunting both a white base and blacked out overlays/logos. Construction, in contrast, is more akin to the luxury label’s design ethos, as it rips the sole, paneling, and size of the more expensive platform sneaker. Balenciaga’s name is also more boldly written across the side and heel tab, the latter of which does so below the Trefoil.

Likely just one part of a much larger range, this Balenciaga x adidas Triple S gives us an idea of what to expect. Sit tight, as we await more images and info. 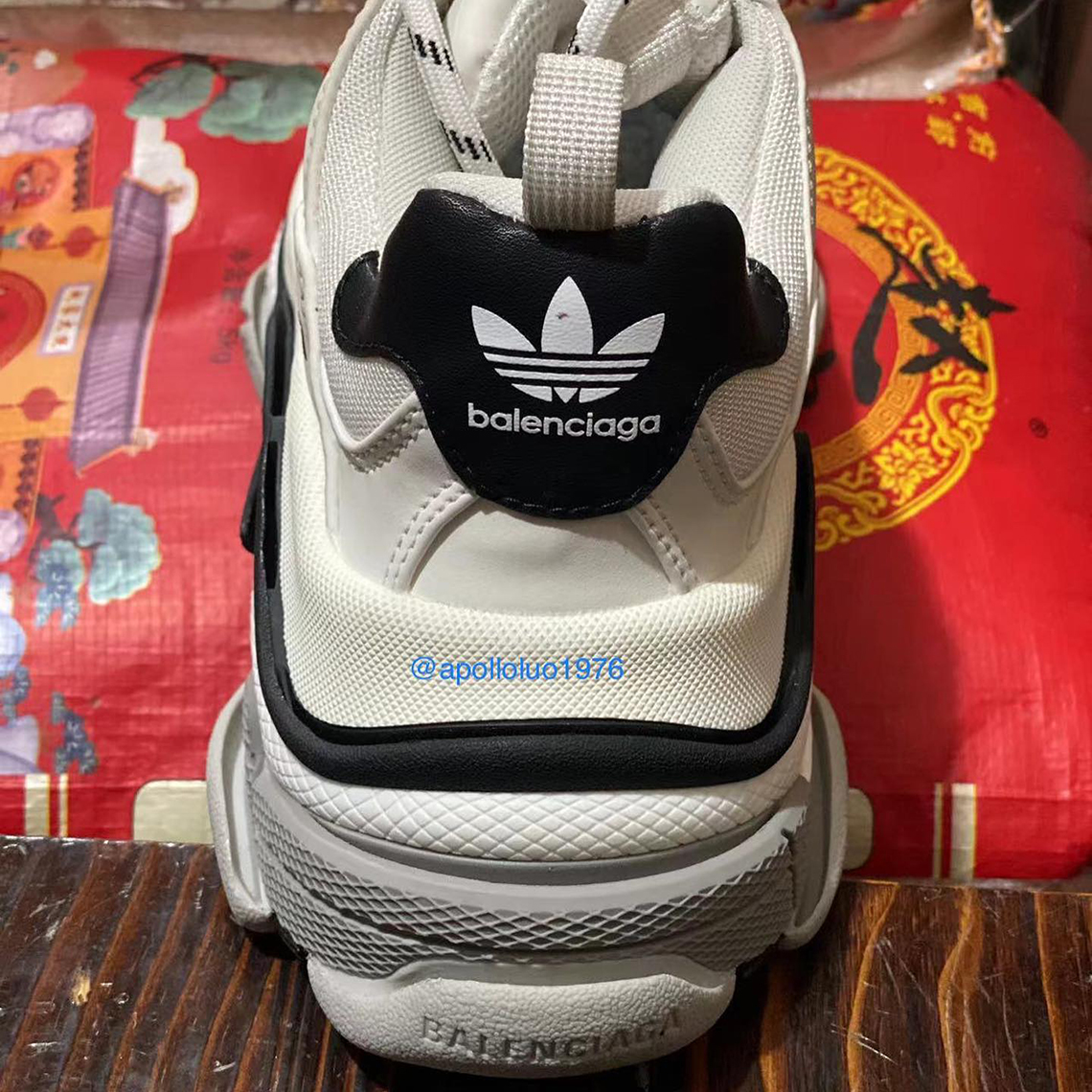