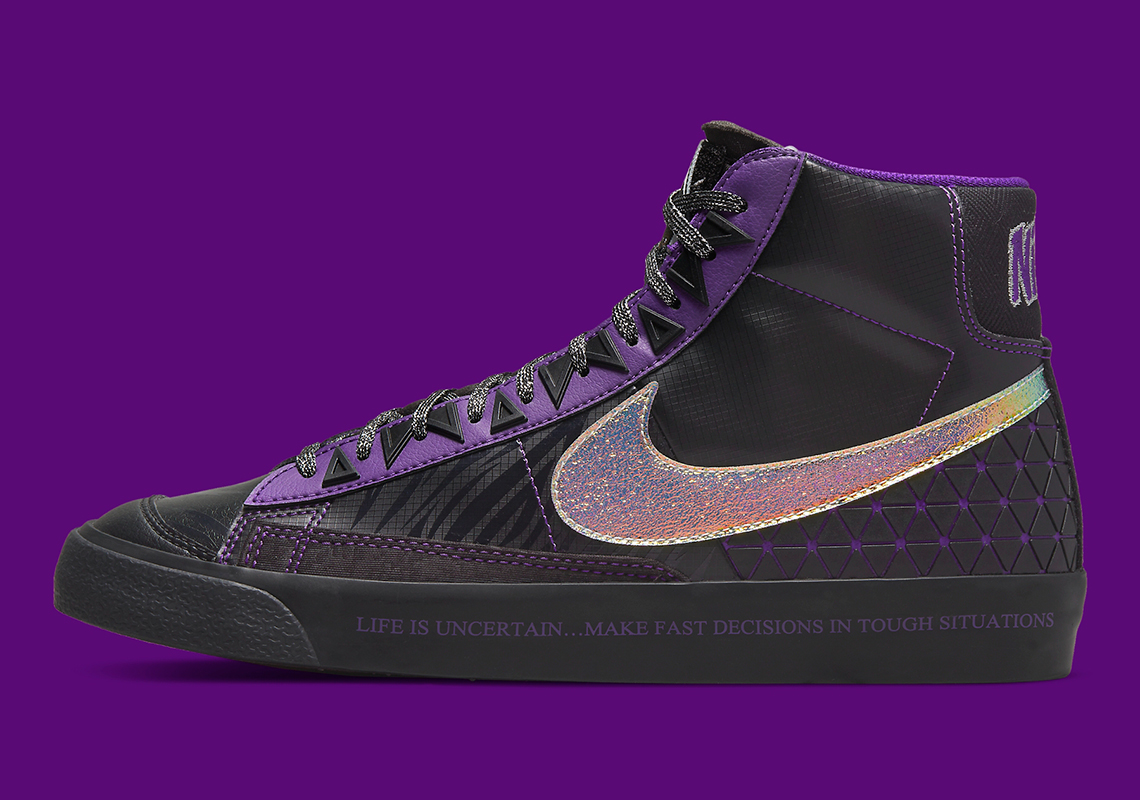 The greatest of heroes are often faced with the most daunting of challenges. And that’s exactly why Ayman Wamala, who was selected for this year’s Doernbecher Freestyle, relates so closely to these symbols of valor.

A superhero himself, Wamala was diagnosed with sickle cell anemia at a young age. “When it was really bad, it felt like I was getting hit with a sledgehammer all over my body,” he mentions. Thanks to the doctors at Doernbecher, the inspiring 13-year-old finally began to feel stronger and stronger, and he’s since been able to explore his interests in acting, soccer, and cooking, all the while sharpening his survival skills.

Wamala’s Nike Blazer Mid ’77 draws inspiration from his mind-reading alter ego, whose mysterious allure is reflected in the shoe’s deceptively simple design. Upon closer inspection, the black upper proffers triangular armor hits around the heel as well as a glow-in-the-dark tiger stripe more forward. Adjacent, the Swoosh glistens in its iridescent finish, complementing the purple shade of the eye stays and stitching. The cool tone even highlights the shoe’s messaging, which touts the words “Hope,” “Strength,” and “Perseverance” alongside the phrase “Life is uncertain…make fast decisions in tough situations.”

Enjoy an official look at the Blazer Mid ’77 “Doernbecher” right here. A retail release should be landing later this Spring. 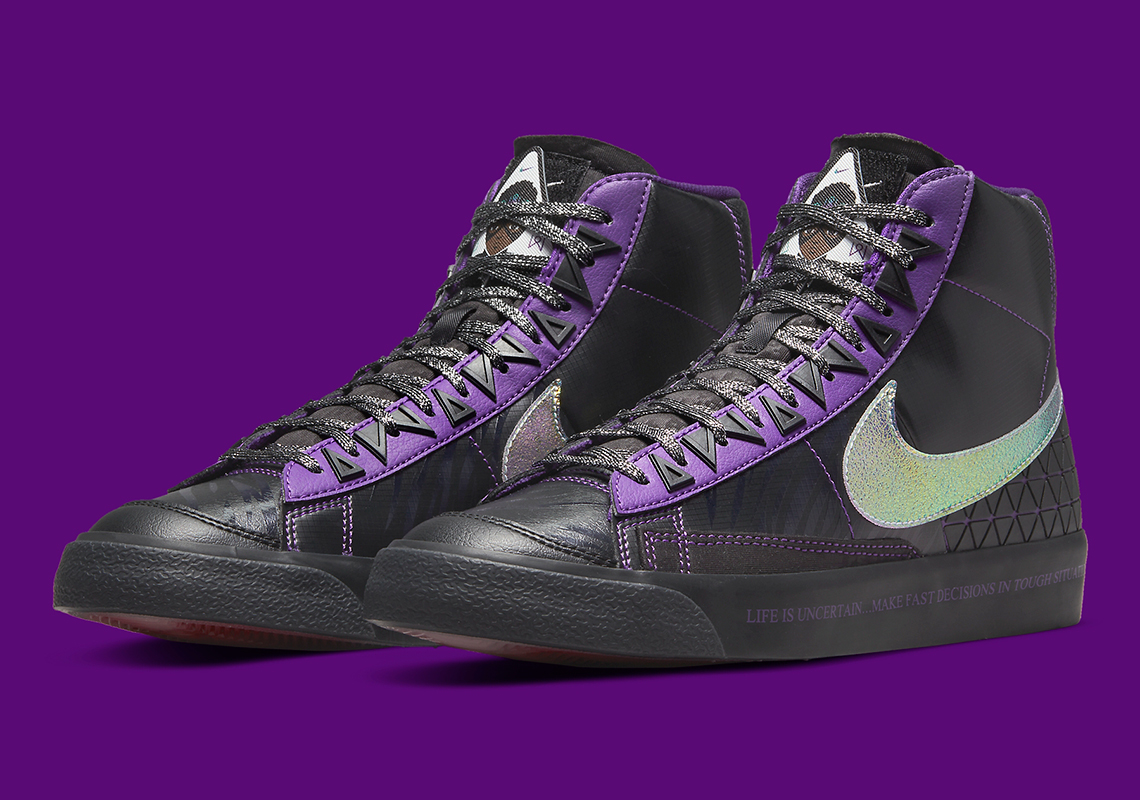 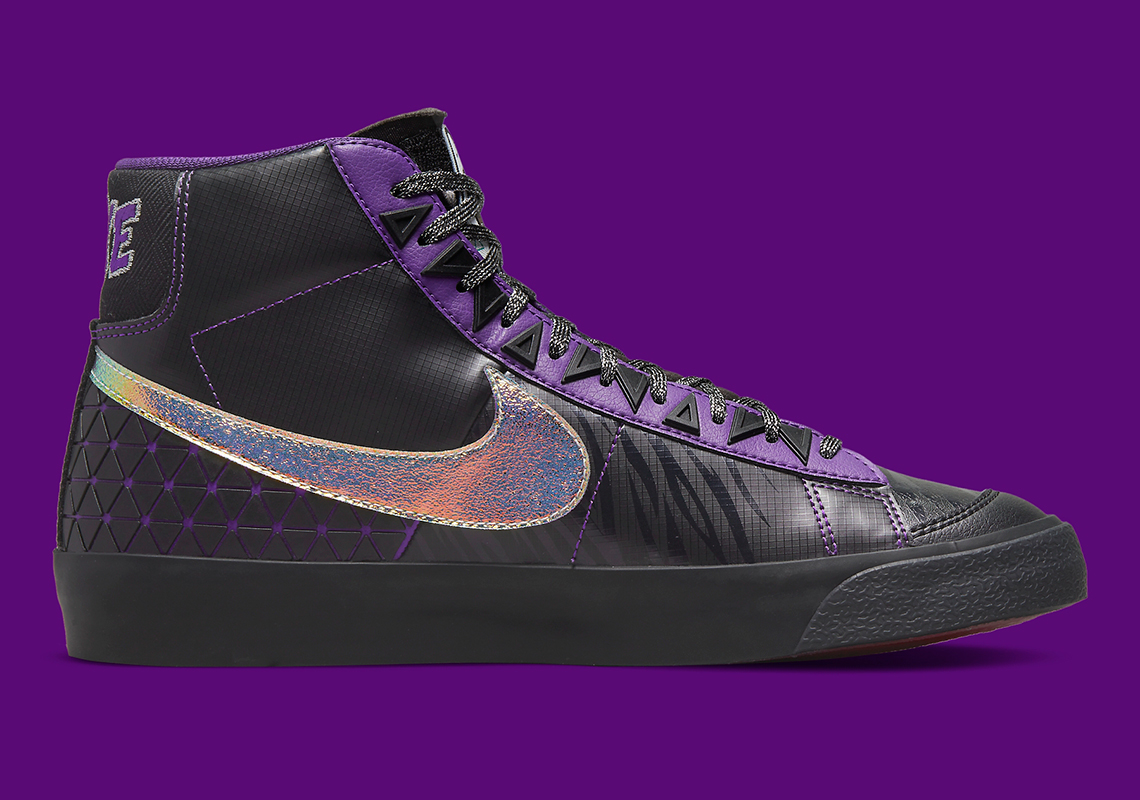 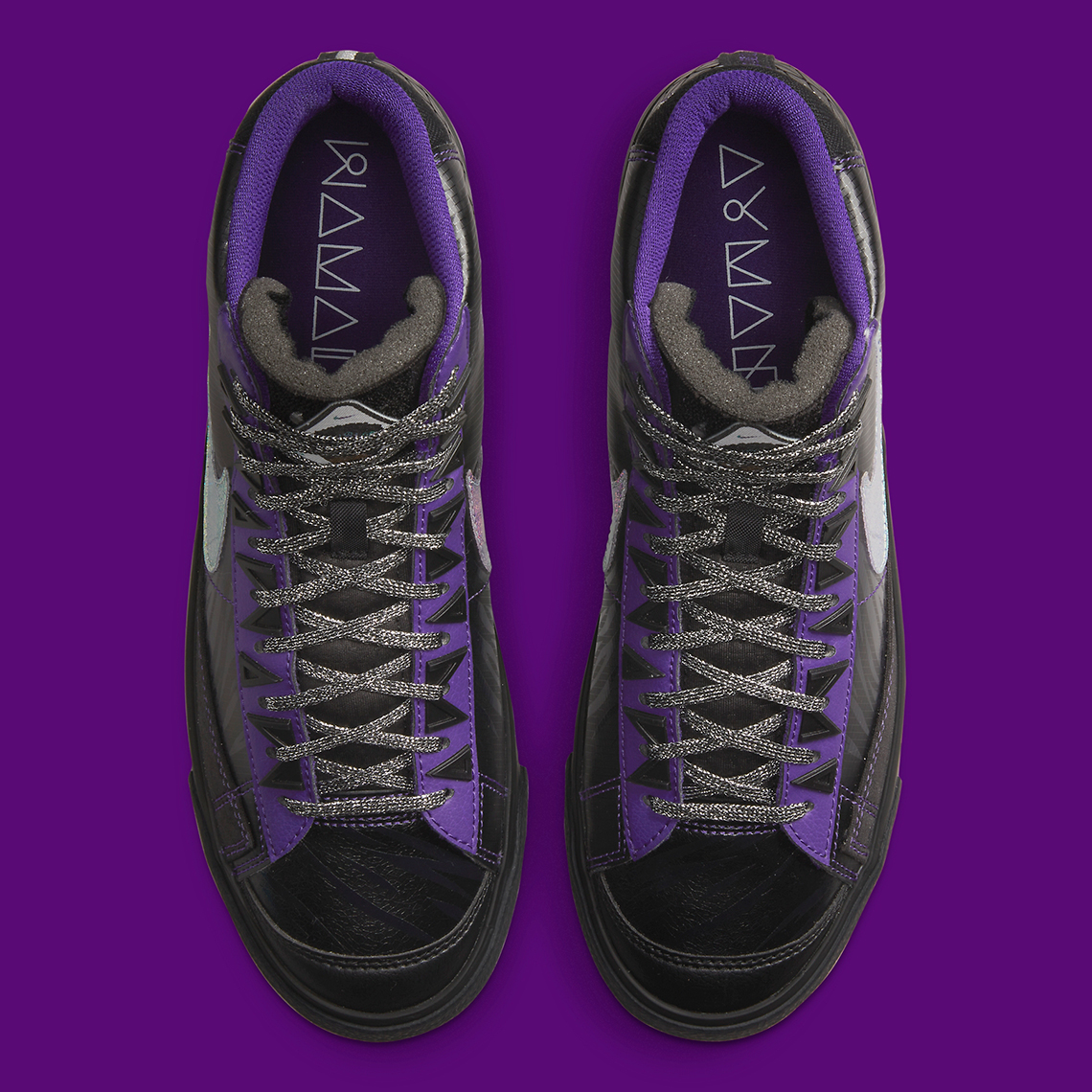 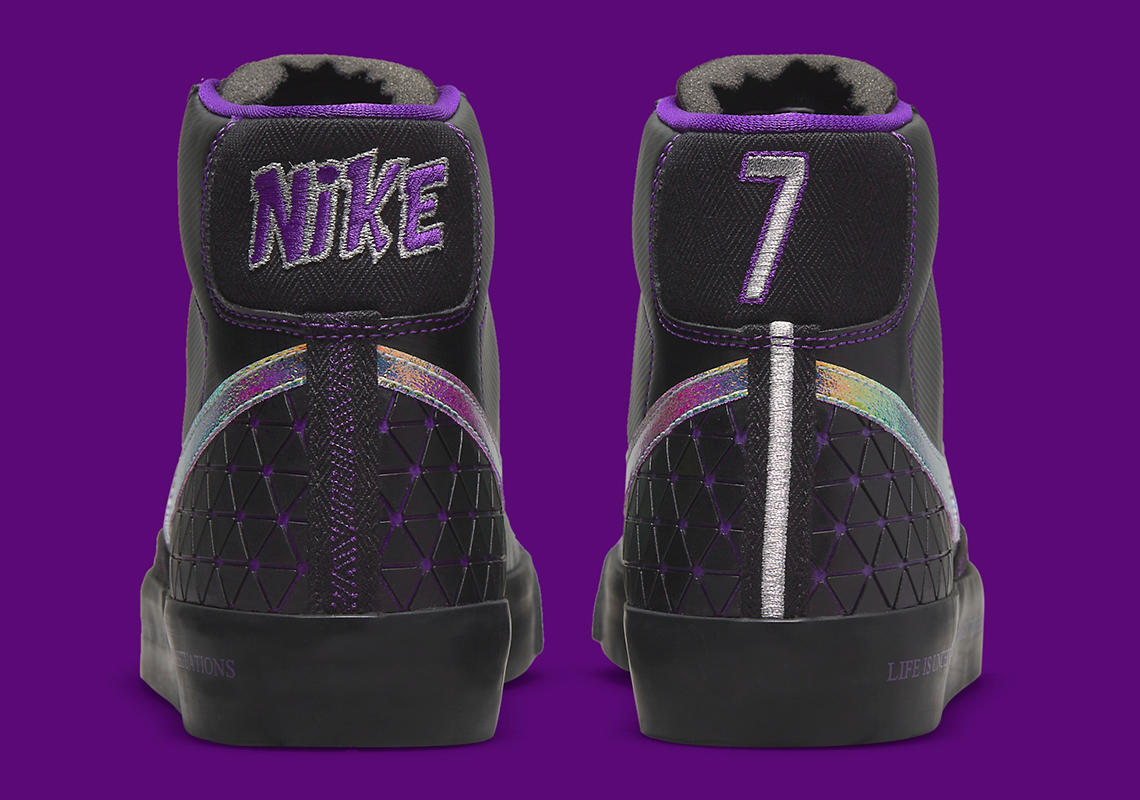 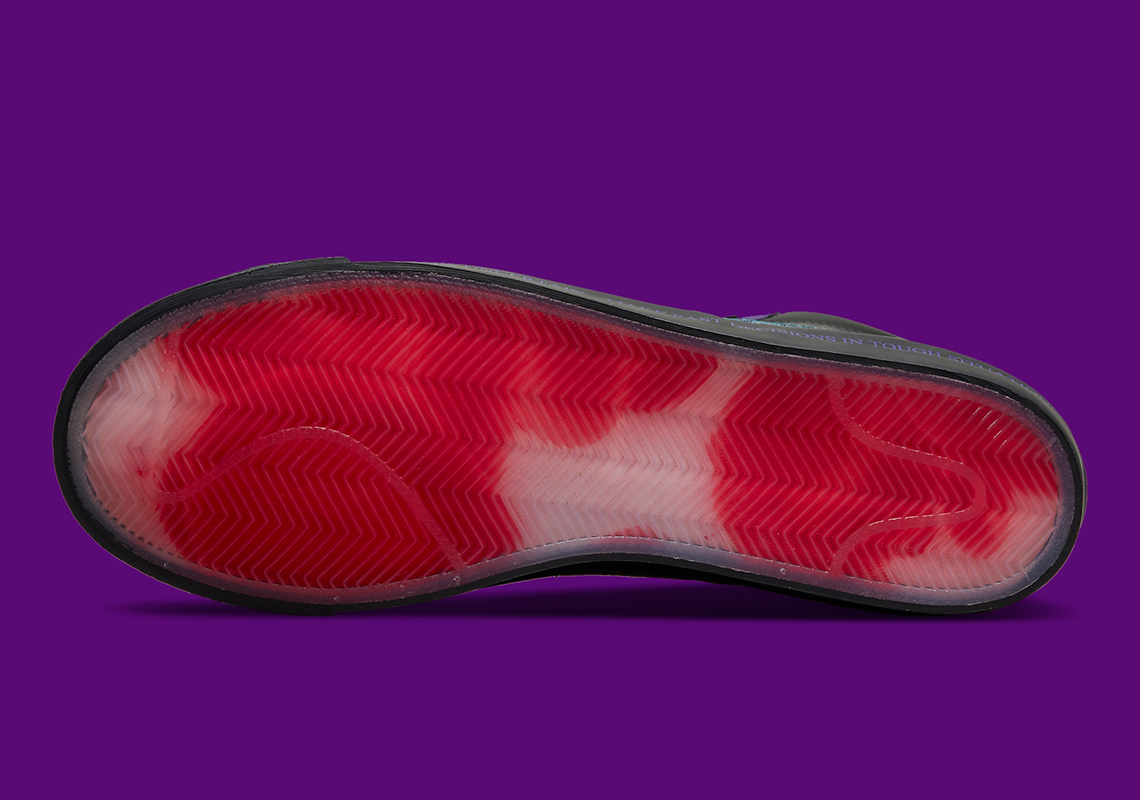 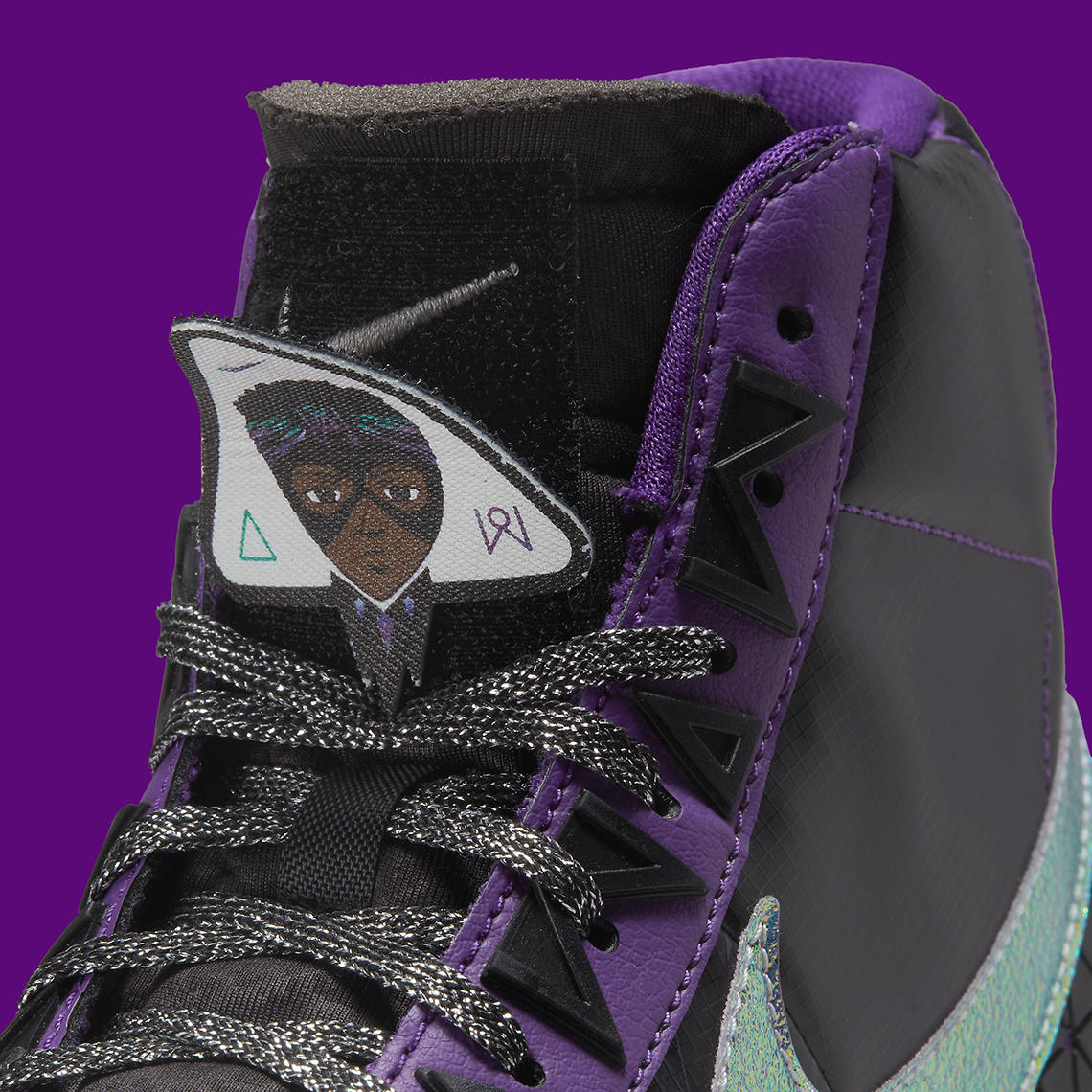 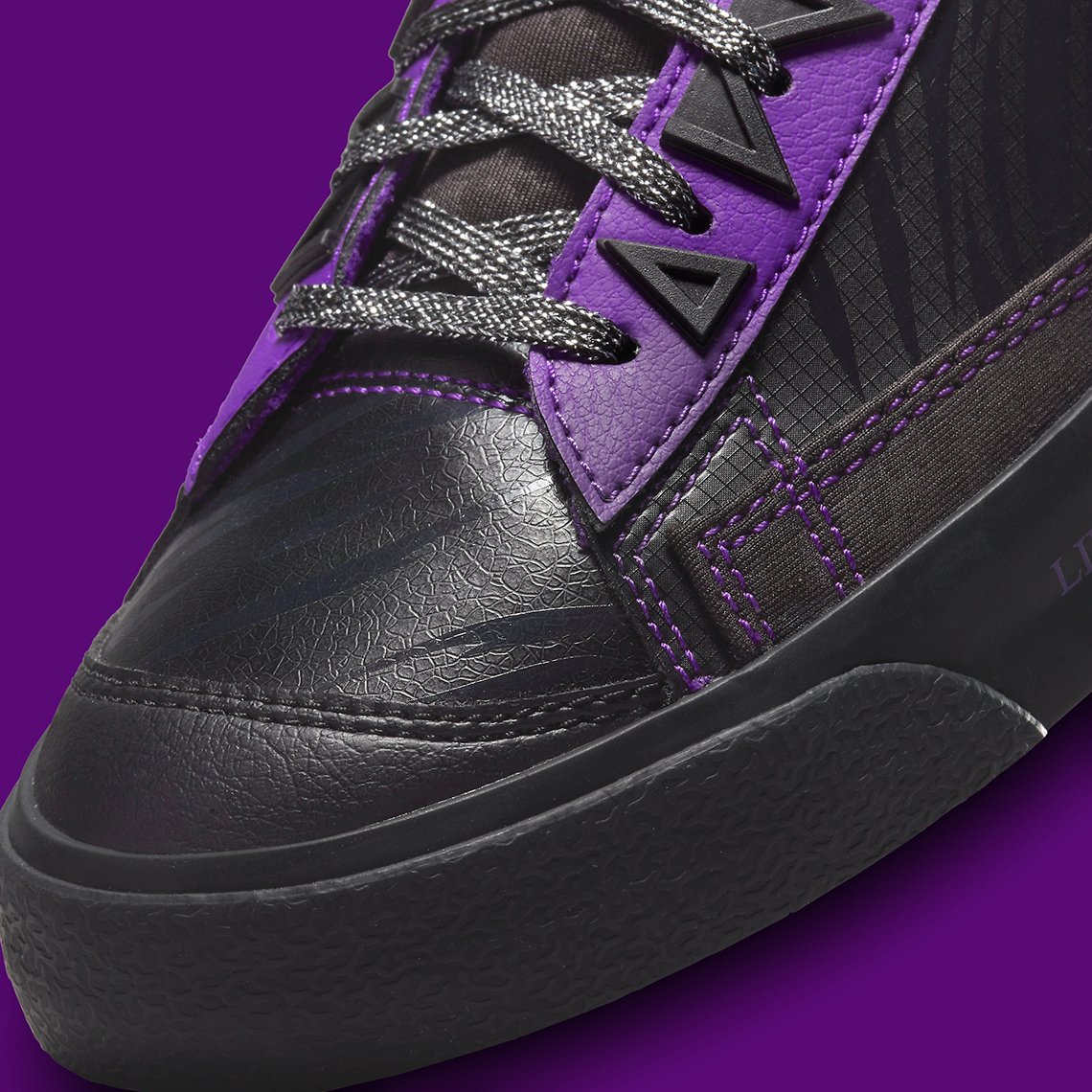 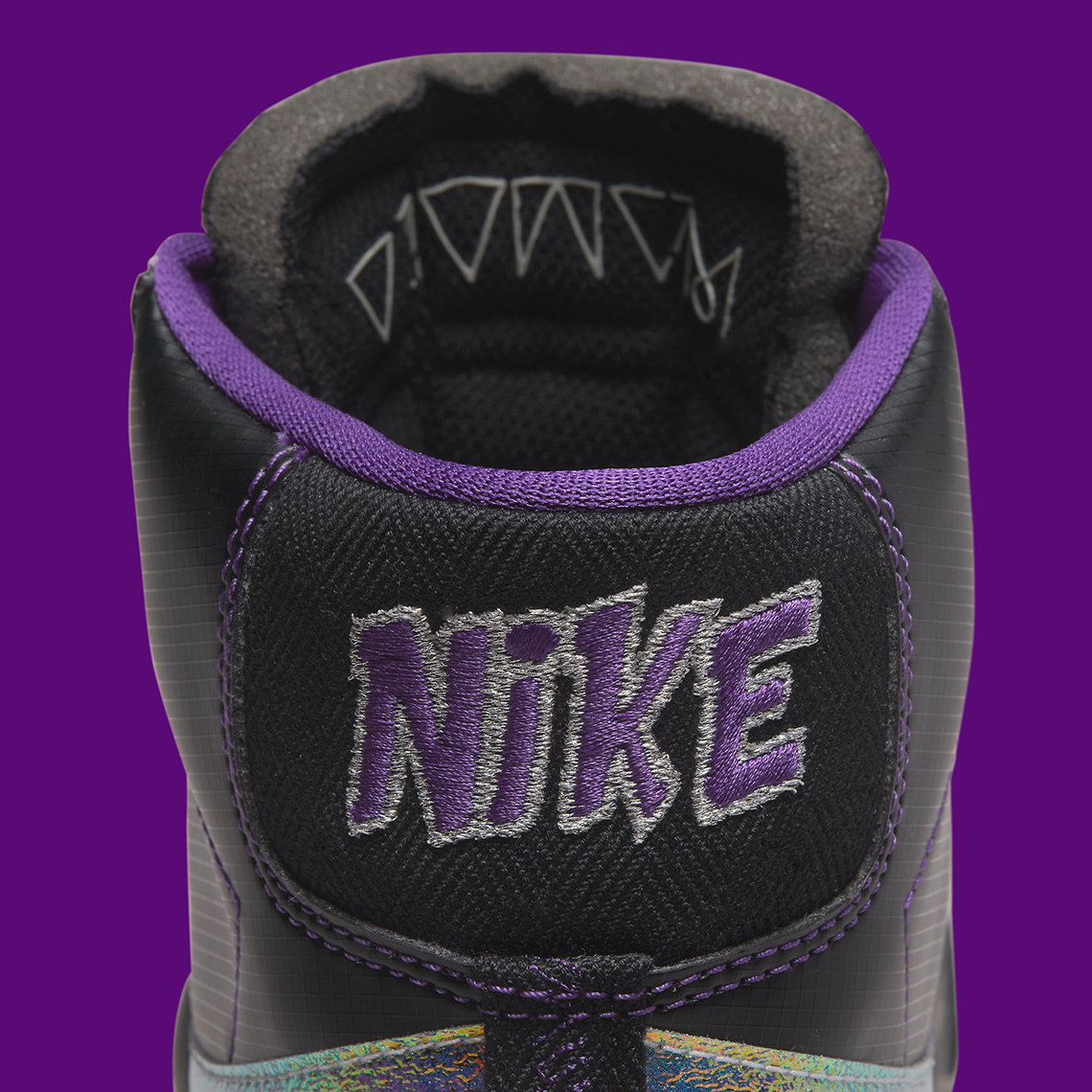 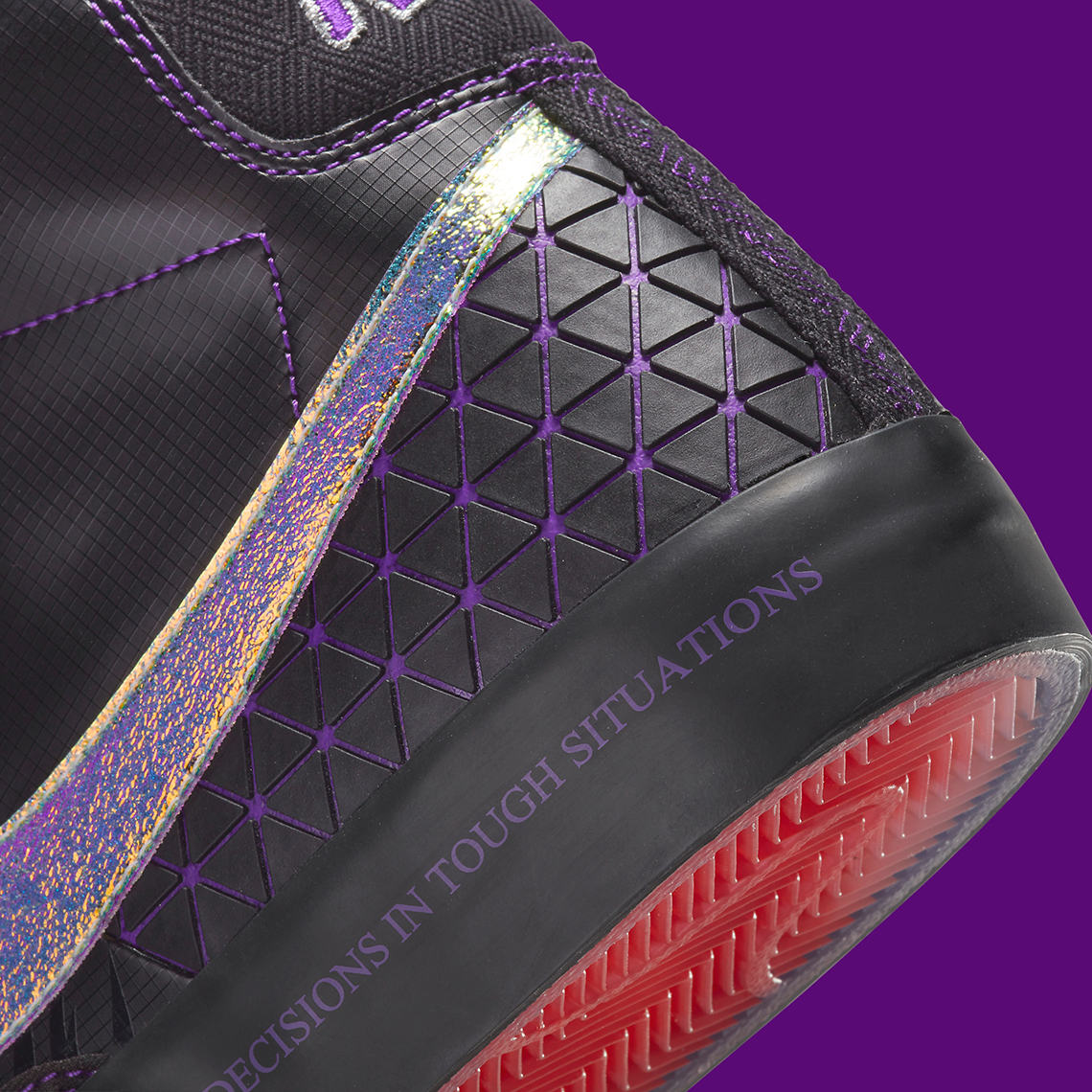 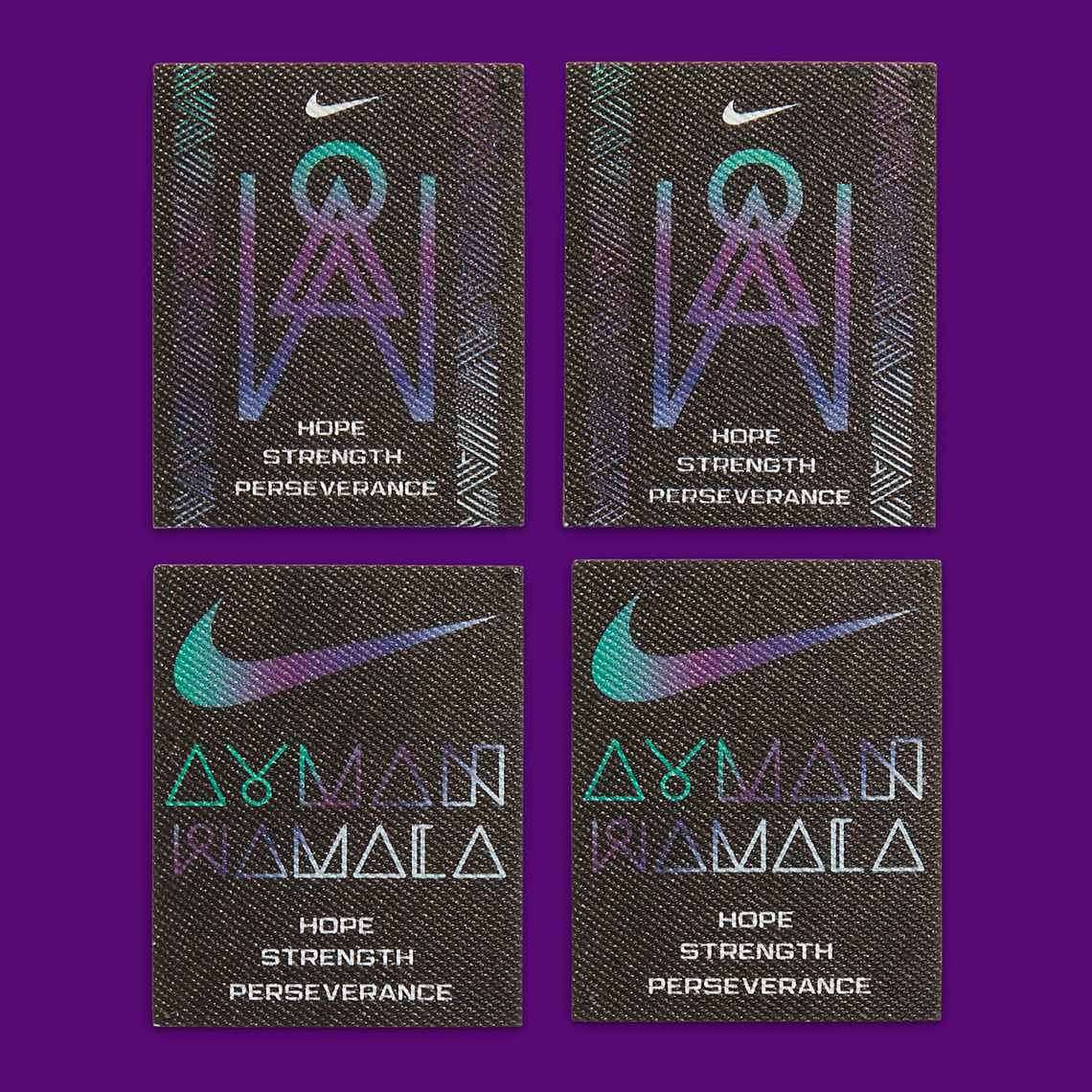 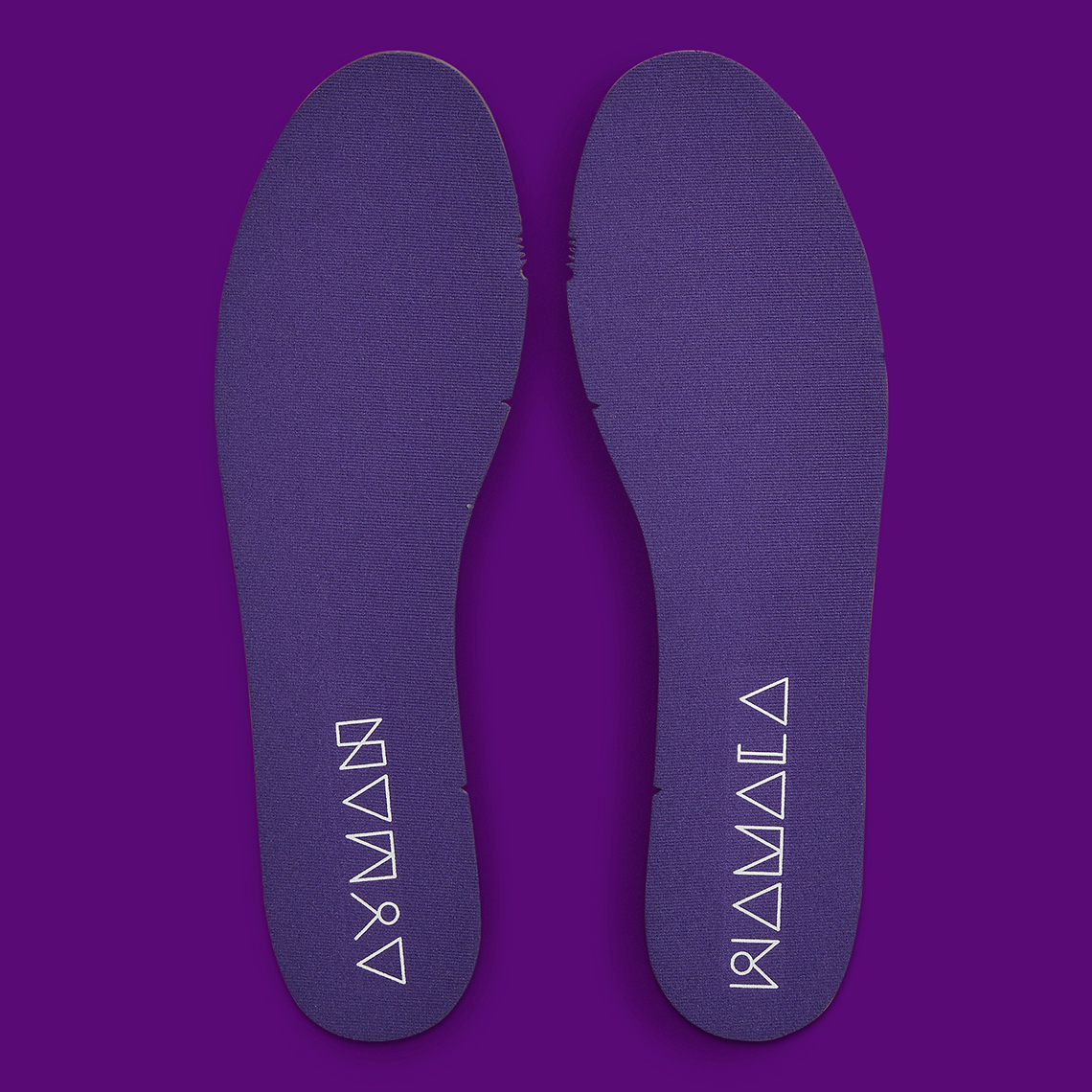 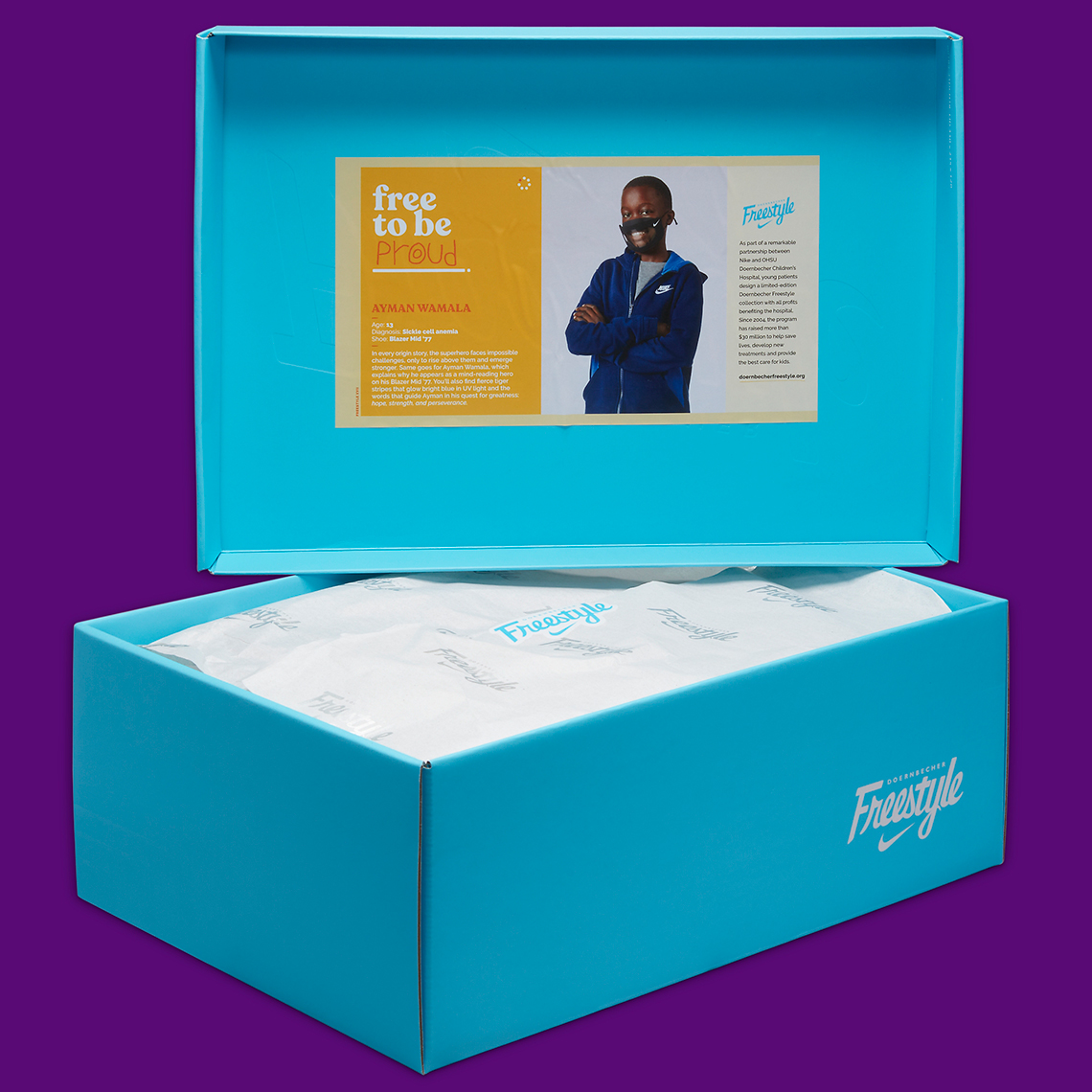