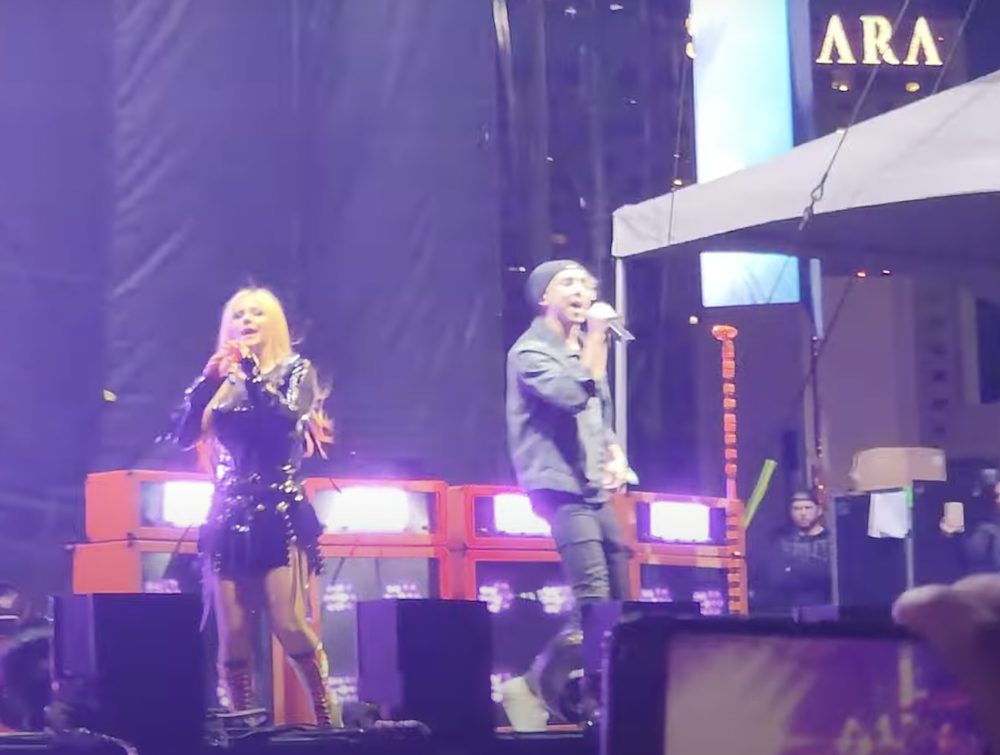 Even though the first day of the emo-nostalgia fest When We Were Young was canceled due to high winds in Las Vegas, Sunday’s set went ahead with Paramore’s Hayley Williams giving a speech about the history of emo and Avril Lavigne joining All Time Low to cover Blink-182’s “All The Small Things.” This comes shortly after Blink-182 formally welcomed Tom DeLonge back in the band, released a new song “Edging,” and announced that they — along with Green Day — would headline next year’s When We Were Young festival.

This year’s fest is scheduled to return to Las Vegas next weekend (October 29), with Paramore, My Chemical Romance, and more set to headline. Watch Lavigne and All Time Low play “All The Small Things” below.